MOSCOW (Reuters) - There was a time when Vladimir Putin's macho antics inspired pride among Russians, but many are finding it hard to believe the president's latest stunt - catching a huge pike in Siberia.

Video footage released by the Kremlin last week showed Putin dressed in camouflage fatigues and sunglasses, fishing, driving a motorboat and petting reindeer in a remote region of Siberia with his prime minister and defense minister.

But the images of the 60-year-old president hauling in a pike which the Kremlin said weighed 21 kg (46 pounds) proved too much for some Russians to swallow.

Within hours, online satirists were questioning whether the incident was staged and whether the pike was really as big as the Kremlin said.

"Wonder who planted that fish for Putin to catch," said a caption placed under two online pictures, one of Putin holding the fish and the other showing Prime Minister Dmitry Medvedev emerging from a river in a wetsuit with a satisfied look.

Experienced anglers posted photographs of large pike they had caught, questioning the size and weight of the ex-KGB officer's catch.

One photo caption called it "Churov's Pike" - a reference to election commission chief Vladimir Churov who is accused by the opposition of conjuring victory for Putin's party in elections which they say were marred by fraud. He denies doing so.

Putin has often burnished his image since first coming to power in 2000 with outdoor exploits such as riding a horse with a bare torso and shooting a tiger with a tranquilizer.

But the Kremlin admitted under pressure that a stunt in 2011, in which Putin found ancient artifacts at the bottom of the Black Sea, was staged. When he flew with migrating storks last year, he was widely mocked online.

This time, the Kremlin stood firm.

"I personally saw the scales and was present in the weighing. It was seriously more than 20 kg (44 lb)," Putin's press secretary, Dmitry Peskov, told Interfax news agency.

Putin remains Russia's most popular politician, with a recent opinion poll showing his trust level at 45 percent, but his authority was dented by mass protests in Moscow and other big cities that began in late 2011 and carried on into 2012. 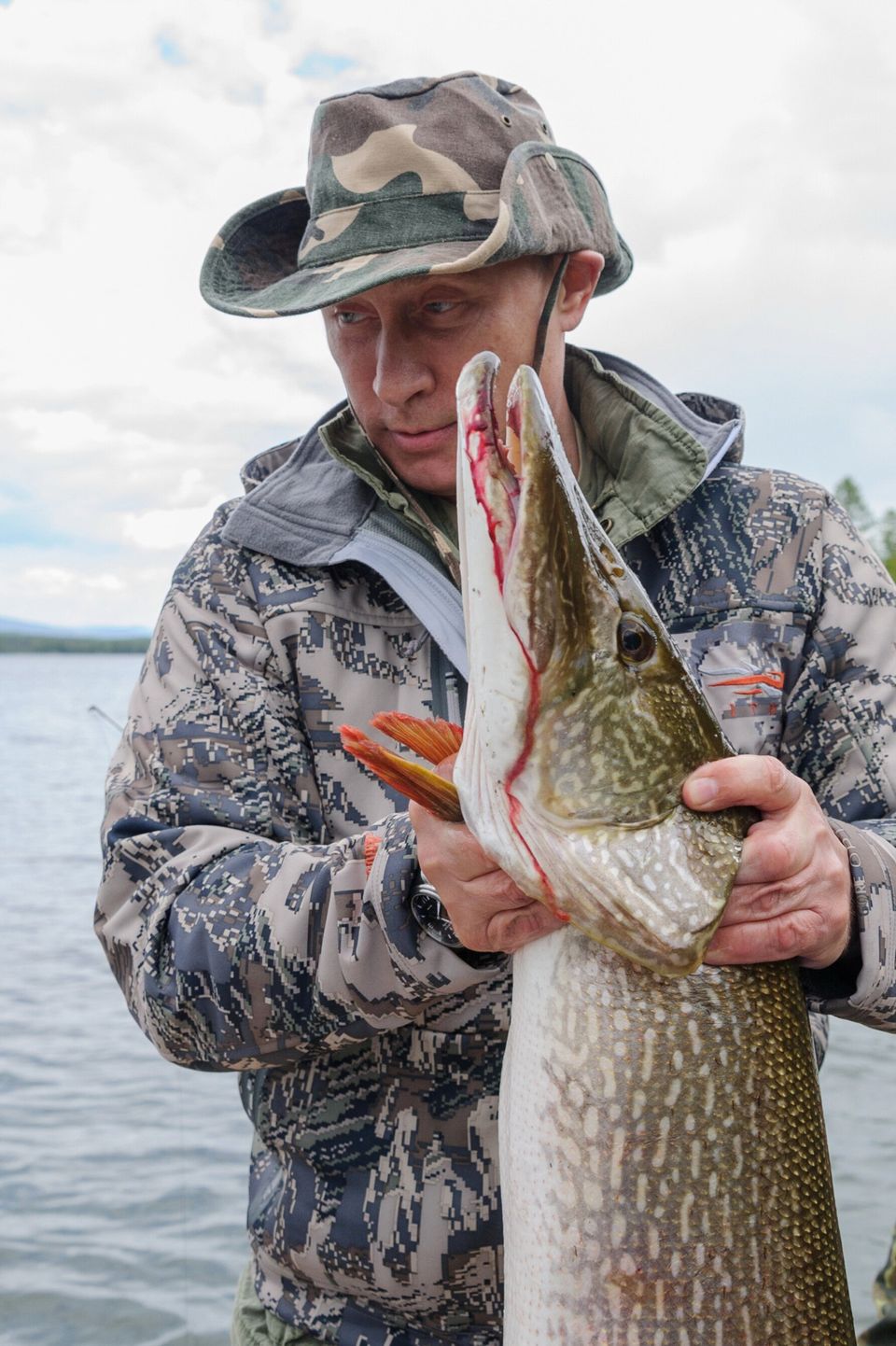