Pushkin, Russia is a long way to go for a bowl of beef stroganoff, but if you want to eat a meal fit for a Russian President, it's the place to go. 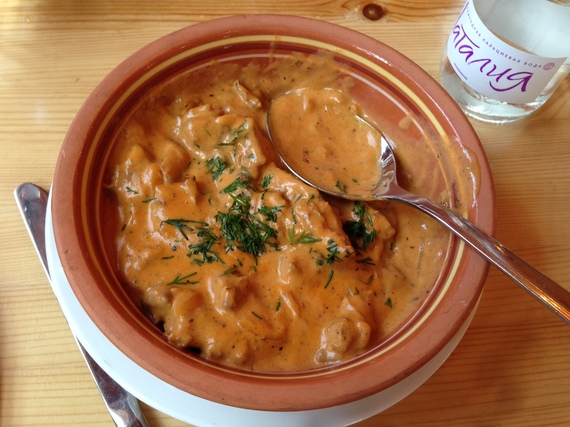 Russian President Vladimir Putin celebrated a birthday at Podvorye restaurant and ever since they've offered the Putin birthday menu as a special.

By comparison, President Barack Obama got take out from Roscoe's House of Chicken and Waffles in Los Angeles, and now he has a menu item named after him. Item #9 Obama's Special: 3 wings and a waffle for $10 bucks.

Putin's birthday menu is elaborate with more than a dozen items including boiled potatoes and fennel. Honestly, give me a boiled potato any day. 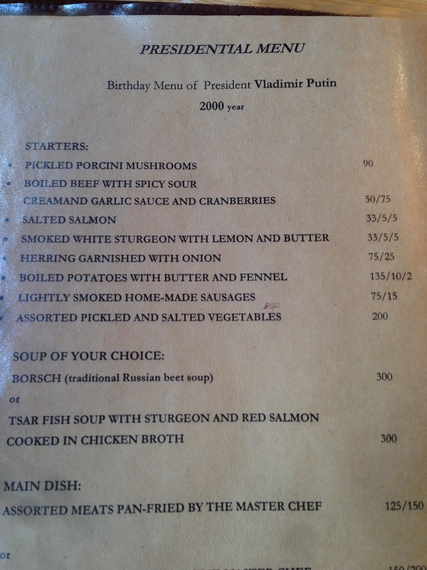 Pushkin is a small city south of St. Petersburg which is home to Catherine Palace and named after famed Russian poet, Alexander Pushkin. 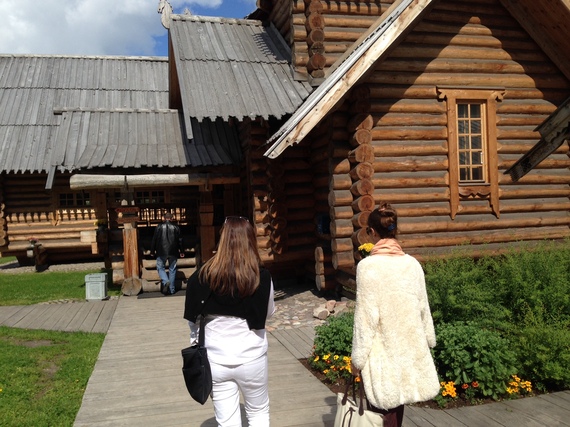 After I returned from Russia, I felt a need to balance out my superpower eating. So I went to Roscoe's in Hollywood, which gets a lot of tourists too. It also has a gift shop just like Podvorye. 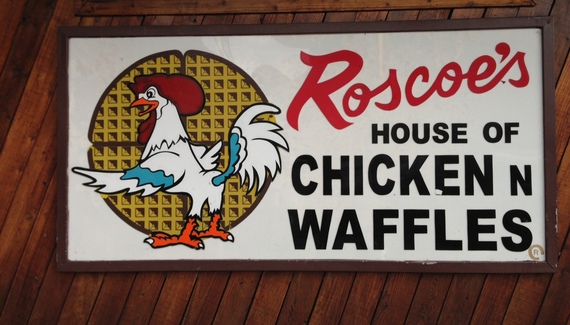 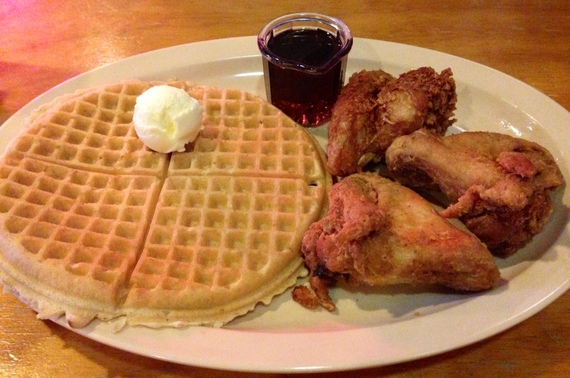 The place is famous for its mix of chicken and waffles. Now I am one of those weirdos who doesn't like my waffles touching chicken. I don't like my eggs touching pancakes either. Maybe it stems from all those Swanson TV dinners my mother served me. Hated when the peas slipped into my apple pie. 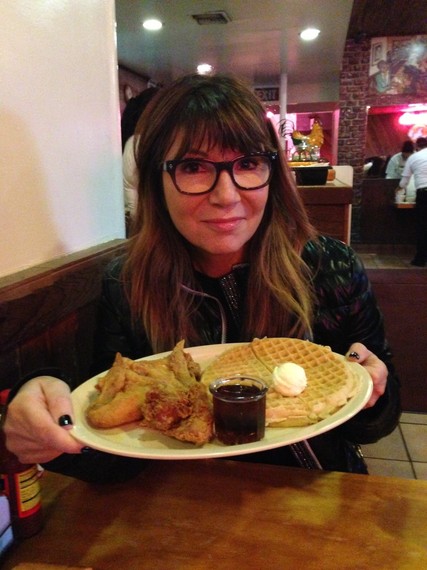 So if you don't mind fennel on your potatoes or a little fried chicken in your waffles, I recommend these two meals fit for a President.