MOSCOW -- President Putin's decision to start pulling Russian troops out of Syria made headlines around the world this week. But if one recalls official statements at the start of the operation and after it was in full force, the decision was to be expected. It was said from the very beginning that the operation would continue for only a limited time, that there would be no permanent extensive military presence in Syria, that the purpose was not to support President Bashar al-Assad's regime but save Syrian statehood, and that the future of the country would have to be determined by the Syrian people through political talks. What has transpired in Syria is nothing less than what was contained in those official statements -- what they said is happening now.

The Russian conceptual framework is very different than the West's. From Moscow's point of view, only support of legitimate governments, even non-democratic ones, can at least slow down the overwhelming collapse of the regional security system and bolster general stability. Any ambitions to "improve" the way nations are governed leads to uncontrolled sociopolitical explosion and deconstruction of institutions, which is the best way to create a vacuum for terrorism. The Western approach is the opposite: authoritarian -- by default "bad" -- governments should be replaced by democratic "good" ones. That's why the Russian mantra is "don't touch what's left," while the Western mantra is "dictator must go."

Any ambitions to 'improve' the way nations are governed leads to uncontrolled sociopolitical explosion and deconstruction of institutions, which is the best way to create a vacuum for terrorism.

Why now? The question of the exit strategy has been raised throughout the operation. Putin felt it was the right time. Looking back, one can impute why the time is right from the criteria set at the beginning of the mission. The ruling regime in Syria had to be fortified because, in Russia's opinion, the spread of radical Islam could be stopped only by strengthening statehood. The present Syrian government is internationally recognized, and Russia offered its helping hand to official Damascus. Russian aircraft bombed its opponents -- the self-proclaimed Islamic State and other groups. The mission took more time than was initially planned because the Syrian army turned out to be less combat ready than expected. Eventually the situation was reversed, allowing Russia to reduce its presence and responsibility for what will happen in the future. From the perspective of a Russian citizen, the biggest relief is that the government seems fully aware of all risks and used the first and the best opportunity to begin to withdraw.

What are the results? The Assad regime has been saved from collapse and has increased the territory under its control. It does not embrace the entire country, but it still covers the territory where a big part of its population lives. The change in the balance of forces on the ground inspired hope that political talks could take place and would not be just an exchange of accusations, as before in the various conferences in Geneva, Vienna, Cairo and Moscow. The opposition can no longer hope to win militarily, and neither can the regime after the eventual exit of Russian troops. Moscow does not want to become a hostage to Damascus' policies, which seek to maintain the status quo. But few in Moscow believe that the present Syrian regime will last long without changes. Syria needs profound reforms in order to restore its statehood. And Moscow's decision to partially pull out is also a signal to the Syrian authorities that Russia will not do their work for them. 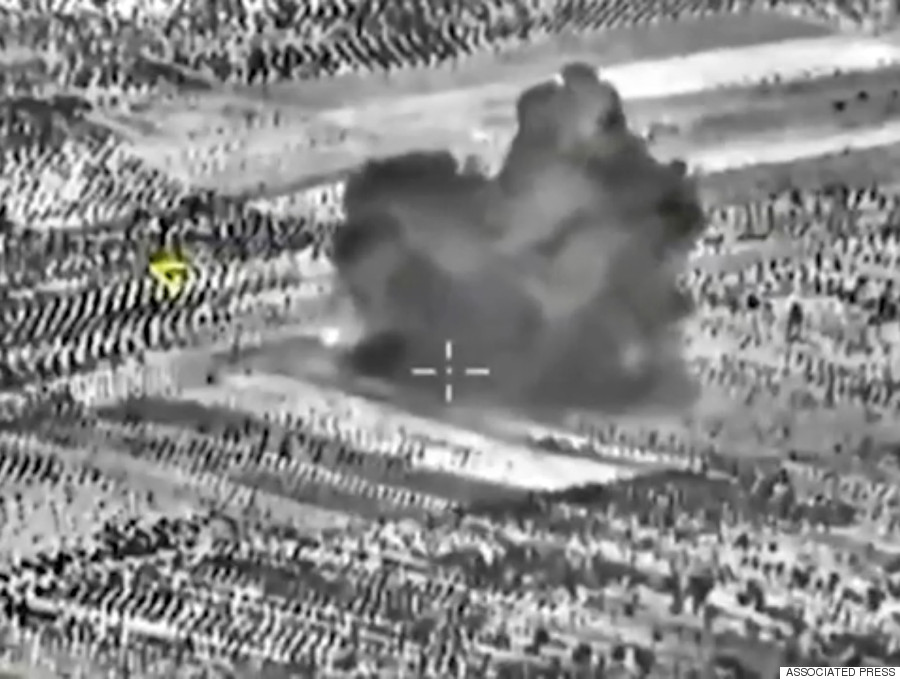 Russia had started the operation under the slogan of combating ISIS, but eventually this task became secondary, and the war was essentially waged to keep the Syrian state itself intact. And yet joint efforts helped stop the spread of ISIS. To secure its ultimate defeat, other methods must be employed. Airstrikes, Russian or American, alone are not enough. They must be followed by a ground campaign and ideally by joint efforts of the Syrian army and opposition fighters. But this can only be achieved through a political process.

Will Bashar al-Assad survive if Russia leaves Syria? Russia will not leave completely. There have been two similar situations in recent history. One was negative and the other one positive so far. When Americans pulled out of Iraq completely, the country basically fell apart and ISIS emerged. When the United States withdrew the bulk of its troops from Afghanistan, it continued to maintain a serious military presence in that country, thus keeping it together despite all of its problems. Russia should follow the latter example. It should keep its military infrastructure -- the naval and air bases -- and a compact military contingent in Syria to guarantee that the Syrian regime will not collapse and that Assad will not share the fate of Muammar Gaddafi or Afghanistan's last communist leader, Mohammed Najibullah. Russia has learned its lessons. As Putin said on Thursday:

What kind of balance of power will be there, taking into account the reduction of the Russian group? Such a balance will be ensured. Moreover, bearing in mind our support and the strengthening of the Syrian army, I am sure we will see new successes of patriotic forces in fighting terrorism in the near future.

What are the political results? Russia has proven to be an influential international player. An effective use of force and a show of capabilities are always an argument to take a country seriously. The agenda with the West has been broadened. Prior to the Syrian campaign, the discussion focused mainly on the Minsk process in Ukraine. This is a rather peripheral international topic, while the Middle East is a central international issue. It would be naïve to expect some sort of "Ukraine for Syria" bargaining, but there is no doubt that Russia is viewed as a much more serious player now than six months ago, and this indirectly impacts the Ukrainian talks.

Few in Moscow believe that the present Syrian regime will last long without changes.

Does the Geneva process have any future? As we know from similar conflicts, parties start to seriously think about negotiations when they realize that no military victory is available. By intervening in October, Moscow showed the opposition that it can't expect to win this war. By pulling out some forces in March, Russia sends the same signal to the regime: it can't count on Russian military might to win complete military victory. The fact that Russia is somewhat distancing itself from Assad while not giving up on him completely is a positive sign. Syria will change. In a new Syria, Moscow will be able to interact not only with the Alawites, but with a broader array of actors, too. Coupled with intensive diplomatic efforts among Moscow, Washington and Riyadh, this will provide a chance for settlement.

Has Russia proved its credentials as a great power of global scale? Yes. Does Russia have a strategic blueprint for the next stage? Certainly the answer is no. But to strategize is not the most important capacity of President Putin. He believes much more in accumulating capabilities and calculating a reaction based on changing circumstances. His intuition tells him when to intervene and when not to. So we'll have to wait and see where he feels the next opportunity is.

Life As A Syrian Refugee