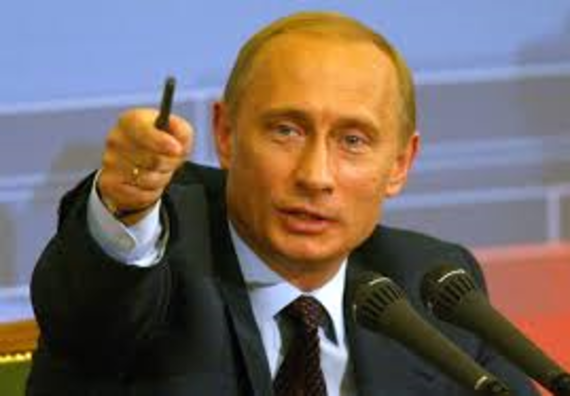 The first Russian monarch to claim the title of "Tsar" was Ivan IV (1530-1584). Tsar was a corruption of the Latin word Caesar, the title assumed by Roman emperors in classical antiquity. Ivan IV would go down in history with an additional moniker, Ivan the Terrible.

It was under Ivan IV that the Russian empire first took form. During his long reign from 1553 to 1584, Russia undertook the conquest of the Khanates of Kazan, Astrakahn and Sibir. The latter would eventually give its name to a vast, at the time unconquered, territory that stretched from the eastern flanks of the Ural Mountains to the shores of the western Pacific.

Under Ivan IV, the Grand Duchy of Moscow was transformed into a multi-ethnic, multi-continental state, almost doubling in size to an area that spanned over 1.5 million square miles. From this process would emerge Russia and a Russian empire that in its heyday was the third largest in history--stretching from present day Poland to Alaska. 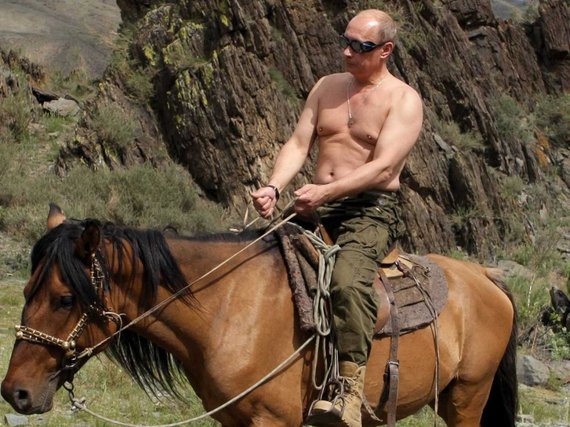 Ivan's designation of "the terrible" was well deserved. Although considered intelligent and devout, he was prone to uncontrollable fits of rage and periods of manic depression that got steadily worse as he got older. In one outburst, he accidently killed his son and designated heir, Ivan Ivanovich. Increasingly paranoid with age, in 1570 he ordered the death of many of the nobility of the city of Novgorod whom he suspected were plotting against him. The violent cruelty of the attack and the scale of the casualties made the incident the most brutal in the long bloody history of Ivan's reign.

The term "terrible" however has been mistranslated. To appreciate its significance we have to delve into the psyche of "tsardom." A Russian tsar was expected to have two qualities, described in Russian as batiushka and grozny. Batiushka means literally "little father." The term, one of affection, was often applied to the reigning tsar as a term of endearment. The tsar was supposed to be like a little father to his people, expressing interest in their welfare and concern about their problems.

A common Russian expression among the downtrodden peasantry was the statement that "if only the little father knew". Presumably, any problem brought to the Tsar's attention would quickly be set to right. Throughout the history of Russian tsardom, the tsar was seen as a distant but caring figure, one that any Russian could approach by way of a letter or a petition to bring an issue to his attention and, it was expected, a quick resolution. 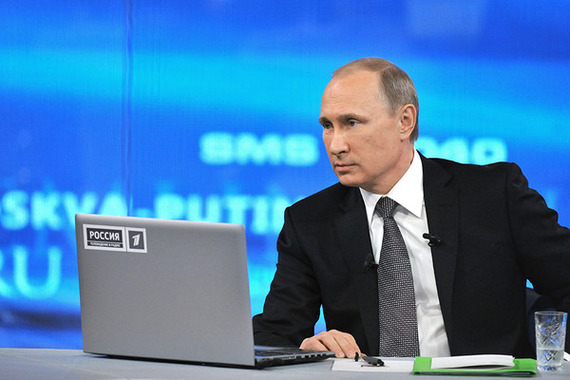 Putin During a Listener Call In TV Show

The second aspect of a tsar's character was grozny. The term grozny is typically described as "terrible" as in Ivan grozny or Ivan the Terrible. Today the word terrible is employed as a pejorative term, as in "it was a terrible job" or "I had a terrible day." But there is another, now archaic, meaning for terrible: larger than life, imposing, awe inspiring as used, for example, in Old Testament descriptions of god as "great and terrible." (Psalms 99 or 47).

The moniker grozny applied to Ivan IV was not describing his brutality or his rages but rather the fact that he was an imposing, larger than life character. These two qualities, batiushka and grozny described the ideal character of a tsar. They are equally adept at describing the public persona of Russia's current leader, Vladimir Putin.

Putin is, like the tsar's of old, a little father who makes a point of listening and becoming involved in the problems of his people. He has become famous for his multi-hour marathons on Russian television where ordinary Russians are invited to call in and "ask Vladimir Putin anything." Invariably, most of the calls involve ordinary Russian citizens telling Putin about one problem or another of dealing with the Russian government's vast, indifferent bureaucracy. Typically, Putin shows up with a lap top on which he takes diligent notes. Just like the tsar's of old, the presumption is that if the "little father" Putin is made aware of a problem he will quickly set it right. 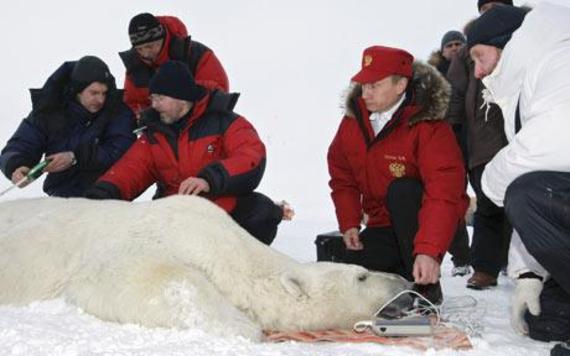 Putin Tagging A Polar Bear in the Russian Arctic

But Putin also embodies the character of grozny, a large than life, imposing, awe-inspiring person. This is after all a Russian leaders who has himself filmed riding bare-chested across the Russian steppe, supposedly wrestling with bears and engaging in daring and dangerous acts that would, one presumes, frighten lesser morals. Acts that would certainly be considered off limits to other world leaders by their security details.

This character of the new Russian tsardom is also reflected in the image that Putin projects in his dealings with foreign leaders, especially in the way it is reported on Russian television. Such meetings are invariable portrayed as a test of wills, with Putin besting his "opponent" and forcing them to conform to Russia's demands.

Admittedly, this doesn't always play very convincingly, even in the shameless propaganda that now passes for Russian news broadcasts. Take the sanctions imposed on Russia as a result of its seizure of the Crimea. On Russian television they are invariably presented as a standoff, with Russian imposed sanctions portrayed as being equally punishing on Russia's opponents and precipitating diplomatic requests from Europe and the United States that they be eased.

There has been a tendency in the West to try to draw distinctions between Russian "moderates" like Prime Minister Dmitry Medvedev and the former KGB molded "hardliners" like Vladimir Putin. There is little doubt that Putin revels in the grozny character of Russia's leader but the distinction between Russian "moderates" and "hardliners" may prove to be a meaningless exercise. 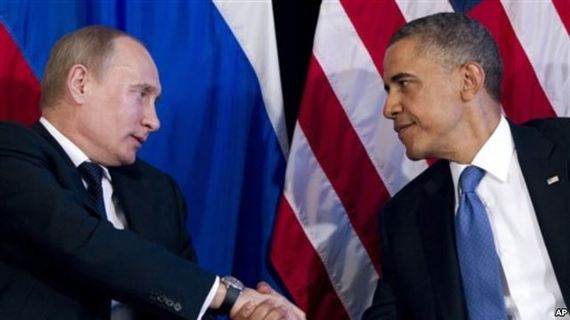 Putin may be a child of the KGB but he is also a son of mother Russia and he has an uncanny knack for knowing what characteristics Russians want to see in their leaders. There will always be "moderates" in the Russian government, but regardless who follows Putin, admittedly a theoretical question since he shows no interest in stepping down, that leader will be more likely than not to reflect that character of batiushka and grozny so closely identified with Russian tsardom and with Vladimir Putin.

Kremlin scuttlebutt has it that behind his back, government insiders refer to Vladimir Putin as "the Tsar." It's a fit nickname because that is exactly how he is behaving.

See a montage of Vladimir Putin's escapades at https://www.youtube.com/watch?v=x7gUaI2gGIg