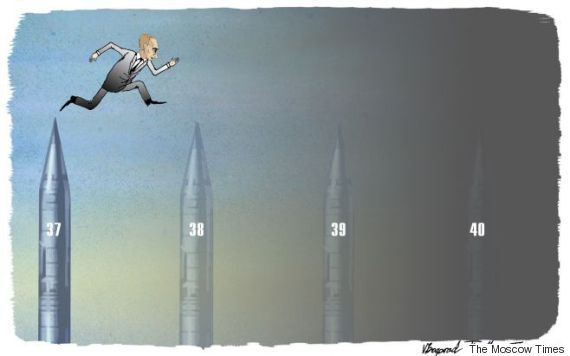 A year or more ago, such a statement would have had immediate repercussions on the market. The ruble would have lost value, investors would have abandoned Russia and stock market commentators would have politely made it known that the head of state should be more guarded in his remarks to avoid jeopardizing the national economy.

But now, against the backdrop of the ongoing war in Ukraine and the possibility of even harsher sanctions against Russia, the market hardly reacted to the president's rhetoric. What with the annexation of Crimea and all that has happened since then, the world is probably tired of reacting to every new surprise from the Kremlin.

Frankly, Russians are also growing tired of surprises. Two or three years ago, Russians debated the government's charges against Pussy Riot and against marchers imprisoned for their role in the mass protest on Bolotnaya Ploshchad on May 6, 2012.

People wondered who or what had compelled then-President Dmitry Medvedev to announce that Putin would run in his place in the next presidential elections. The State Duma was only just getting started on its wave of prohibitive legislation and nobody could have then imagined a political rupture between Russia and the West caused by the forced revision of post-Soviet borders.

"The more Russia lies now about its power and might, the greater will be its fall when its real weakness is exposed."

Who would have thought that Russia would spiral downward with such speed that the negative changes would fairly whistle in the ears as they sped past? If we had known what waited just around the corner -- Crimea, Novorossia, the downing of Flight MH17, the threat of a major war -- that time would have seemed like a walk in the park. It would not have been possible then to imagine what is happening right now.

Generally speaking, Russia seems to have a problem when it comes to imagination. On the one hand, it had enough imagination to firmly believe that this country was the military and political equal of the Soviet colossus that collapsed in 1991, that it was a full-fledged rival of the United States and that its domestic problems and difficulties with neighboring states all stemmed from that confrontation.

On the other hand, it lacked the imagination to "change its tune" in such a way as to attract, rather than repel neighbors such as Ukraine and Georgia that sought integration with the West.

Apparently, the Kremlin thinks that deploying 40 new ICBMs will somehow improve its image, just as the Soviet Union once used the same missiles in a misguided attempt to make itself more attractive.

However, the politicians of an earlier age -- and even former Soviet leader Nikita Khrushchev and former U.S. President John F. Kennedy, who brought the world to the brink of nuclear war during the Cuban Missile Crisis -- had one distinct advantage over today's leaders: their proximity to the experience of World War II.

That experience made them understand that they could talk about nuclear weapons, and even shuffle them about at their opponent's doorstep, but under no circumstances could they use them.

"Russia's leaders have chosen a political path that involves surprising the home audience and scaring opponents."

The current generation of Russian politicians has no personal experience of war. Their notions of war boil down to an almost cartoonish image of the Soviet victory over Nazi Germany accompanied by the slogan "We can do it again!" That results from a lack of both knowledge and imagination.

Only a lack of knowledge could account for the suggestion that Russia repeat the loss of 28 million lives. And only a lack of imagination can explain why Putin would fail to consider the far greater loss of life that would result if, God forbid, those 40 new ICBMs were ever actually launched.

Russia's leaders have chosen a political path that involves surprising the home audience and scaring opponents, thereby forcing them to come up with ever more moves to keep the show rolling. Eventually, though, the protagonist will reach the critical climax of the drama when he will have to make a choice -- either use his main "special effect," as he has been threatening to do, or else quietly leave the stage.

Of course, if Putin decided not to run for re-election in 2018 and to allow the constitutional transfer of power through free elections -- a key characteristic of stable and sound political systems -- it would go a long way toward restoring what Russia has lost during its precipitous decline of the last 18 months.

Transferring power in that way would rank as a major accomplishment for Russia and put it back on the path of rapprochement with the West. Unfortunately, that is an unimaginable scenario for the ruling regime. As a result, the Russian people should prepare themselves for the Kremlin's continued attempts to surprise them and frighten the rest of the world.

"Russia's now in the same position as that schoolboy liar who has not mastered his lessons and has spun a web of lies too big and so broad that even he struggles to keep track of them all."

Lying was common among Soviet-era high school students. Many, including myself, would regularly hide bad grades from their parents and incomplete homework from their teachers. Sometimes the number of lies grew so great that the person telling them carried about a constant psychological burden. Countless times each of us feared that we were just minutes from getting caught in our lies: our knees literally went soft at the prospect, even while we desperately hoped some miracle would deliver us from exposure and provide at least a temporary reprieve.

What we as children could not then understand was that our adult listeners sometimes pretended to believe our naive lies just to protect us from the inevitable shame and discomfort a confrontation would cause.

The entire country of Russia is now in the same position as that schoolboy liar who has not mastered his lessons and has spun a web of lies too big and so broad that even he struggles to keep track of them all. The more Russia lies now about its power and might, the greater will be its fall when its real weakness is exposed.

That final reckoning is inevitable. There are no compassionate adults on hand who will go along with the charade, and deploying 40 new ballistic missiles will hardly make the world more disposed toward helping Russia save face. 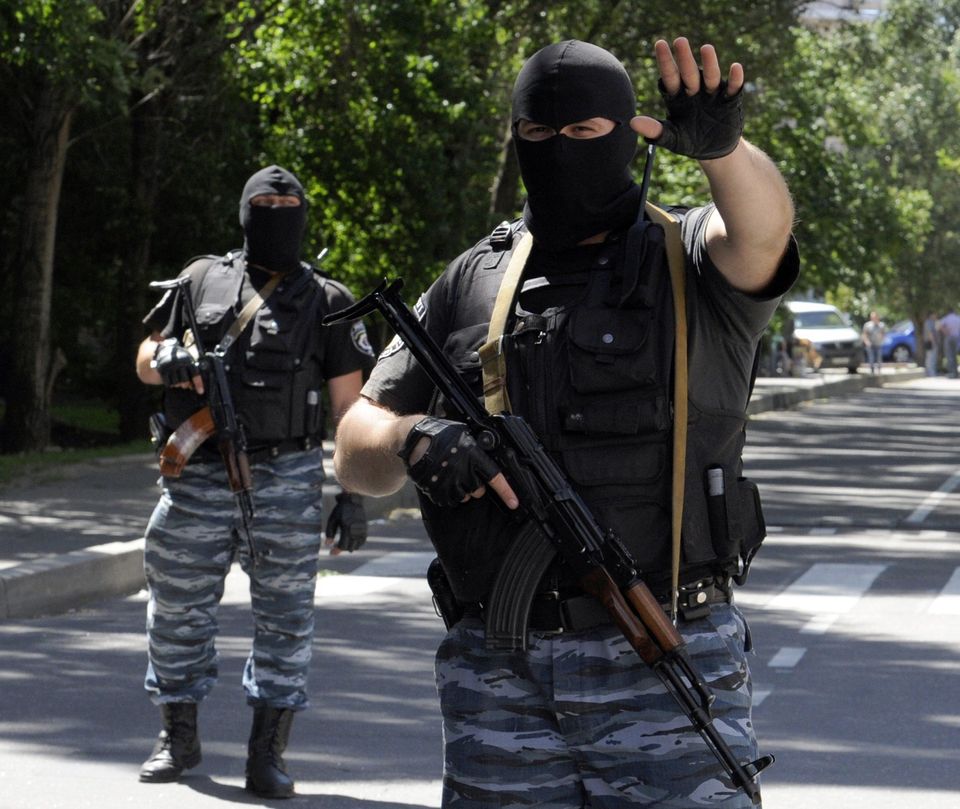