Since Russian President Vladamir Putin began his military air campaign in Syria last week, Western media has been clamoring to explain his motivation. Most of the analysis so far has been incomplete or half-baked at best. News agencies today are detached from the idea that in-depth journalism requires them to consult with history. If they were to do so, they will quickly come to the conclusion that all Putin is doing is using the same Modus Operandi that Russia, Europe and the US have used in the region for decades. 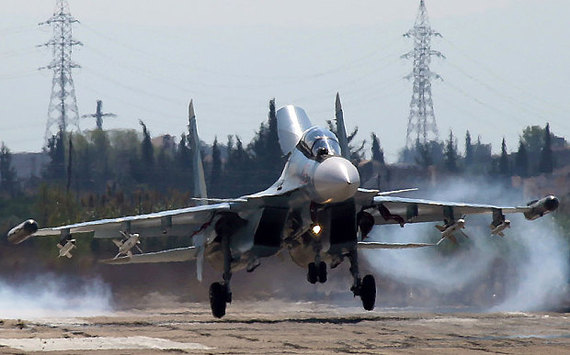 Background: The Need For Instability.

The Arab Oil Embargo of the 1970s taught the West very valuable lessons on the volatility of oil markets: Threaten the supply and the price of crude oil will double if not triple in a short period of time. Since then, the West has figured it will be in its best interest to keep the region unstable in order to sell the fear that oil supply is under constant threat. This was the lever-in-disguise that many US administrations pulled including Bush/Cheney's real reasons for invading Iraq. Successive Russian administration went along with this philosophy since it benefited them in both arms sales and as the world's largest oil producer. As a result of these blood-soaked policies, hundreds of thousands of people in the Middle East have died, and the objective of keeping oil prices artificially high was met.

The chief enforcer of these policies was the US, the Alpha dog on the world stage since the end of World War II. But things were soon to change. In 2008 America voted for a president who promised to end all wars the US was involved in. With Obama's election came what appeared to be the most passive foreign policy since the Wilson Administration. The idea that the US will no longer be the global police automatically activated the next opportunists in line to fill the vacuum. Putin, intent on reclaiming the past glory of mother Russia fired the first shot by invading Ukraine. President Obama countered with a stern speech and several bullet points outlining why in his words "This wasn't 21st century behavior." 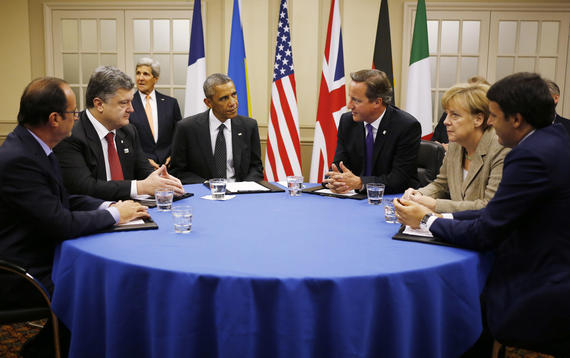 The US and its allies immediately imposed sanctions on Russia hoping that Vlad will have a sudden attack of conscious and fall back in line with NATO's dominant narrative on how to reward and punish leaders who don't fall in line with their thinking. Punishing Putin meant crippling the Russian economy, and what a better way to do that than killing Putin's cash cow; oil. The US swiftly proceeded with actions to flood oil markets with increased shale production and a myriad of other manipulations with oil futures markets. In an unprecedented move, the US and Western Europe demanded that Saudi Arabia not reduce its production quota, guaranteeing the complete decimation of Russia's economy. The measures worked. Today the World Bank and the IMF predict the Russian economy to contract by about 14 percent from the time the invasion of Ukraine began till the end of 2015. 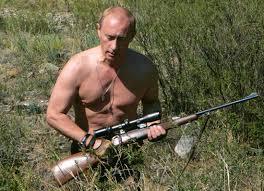 The idea that Putin will be forced to withdraw from Ukraine with his tail between his legs is a clear indication that the West has little capacity to understand the nature of feudalistic leadership. In today's world, leaders like Putin consider themselves heroes. In his own mind, he is a gladiators fighting for equality against big and oppressive tyrants like NATO. Things like shame and remorse are not a part of the psychological makeup that informs his value systems in order to put him back on the straight and narrow. Instead, charting his own path, on his own terms is what drives him, even if that means leaving a scorched earth behind.

As a past KGB operative, Putin was all too familiar with the principles of Middle Eastern instability and waited for the right opportunity. With the lifting of sanctions on Iran all but certain, Russia is positioned to not only build nuclear plants in Iran, but to become the primary supplier of weapons for the country. Shortly after Putin's foreign minister announced the accord lifting the sanctions, Iran announced that it would partner with Russia to make what Middle Eastern analysts call the "Shia Crescent" a reality. For readers who are not familiar with the term, this is Iran's dream of establishing a Pan-Arabian Shia region that unites Iran with parts of Iraq, Syria and Lebanon. To Putin, this serves his heroic ego on several fronts: One, he's providing a new regional military counter balance to the West and two, he's beating the West in its own game by destabilizing the region to bring up oil prices. The good old strategy has worked. Just since the Russian air strikes began last week, crude oil has reversed a yearlong trend and is up more than 10% on global markets. 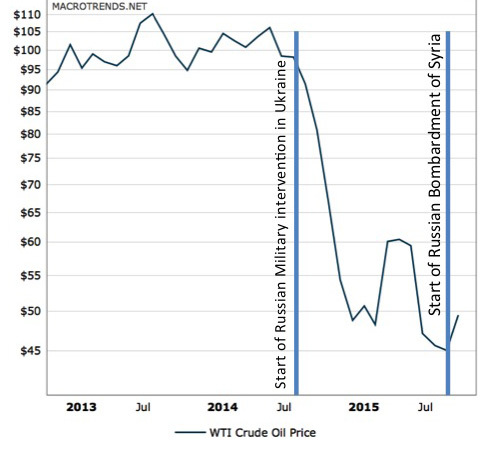 Another question the mainstream media has failed to answer is why is Russia bombing the Syrian opposition, not ISIL. The values-based analysis of that question is that Putin's immediate goal is to punish Saudi Arabia for siding with the West on economic sanctions. The Saudis and other rich Sunni Gulf countries are the primary supporters of the Syrian rebels and that's whom Putin is bombing. This is not a strategic stance, rather it's a feudalistic eye-for-an-eye approach for conducting battle.

Still, when it comes to destabilizing the Middle East, Putin is not as diabolical as the West. He doesn't hide behind the idea that he's bringing democracy and the one-person one vote system. He is very clear about who his new friends are. They're the Arab and the Iranian Shia that include Assad's Alawite sect, which is a branch of Shia Islam. This should be a concern for the West for several reasons. Unlike any other Arab groups the West has trained, Shia fighters are seasoned killers. They have highly regimented belief structures that give them purpose, which is to fight and die for Imam Ali so Shia Islam can prevail. Today, the Iranian Revolutionary Guard, with its newly flush coffers is training fighters like these in the thousands.

In the post American century, this is how you divide and conquer the Middle East. It's done by giving power to a false purpose that ignites the sectarian need to kill. Not by naively promising democracy. As for the idea of a peaceful Middle East? That paradigm might crystallize a few hundred years after oil disappears.

You can file this one under the "Only Money Matters" file. These are the predominant values that have run Western foreign policy for the last century. When only money matters, the lives of a few million Arabs are reduced to a simple cost-benefit analysis. The analyst, in this case is very likely to hold a Harvard MBA, with an internship with Kissinger and Associates on his resume, who every night goes home to his wife and kids and sleeps soundly.

Something is wrong with this picture.