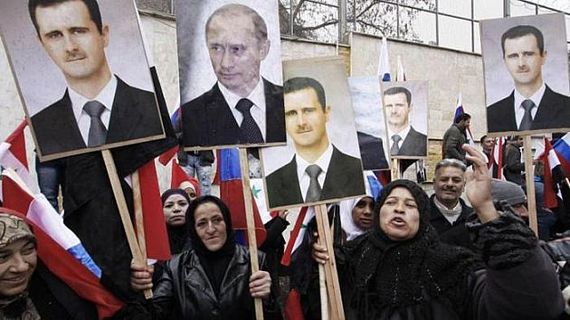 In September of last year, Vladimir Putin announced that he was sending military support to fight ISIS and support Syrian President Bashar Assad. The announcement was received angrily by the West. Not only were western powers skeptical that Putin's motive was to fight ISIS, but it was predicted by President Obama, that Russia "was going to get ... stuck in a quagmire and it won't work." A keystone of American policy in Syria has been the removal of president Assad. In Putin's view however, America had no idea who would replace Assad, hence the only road to peace in Syria was to fight terrorists and support Assad. Recently Russia has announced the withdrawal of most of its troops and aircrafts from Syria, stating that it has accomplished its goal. Currently president Assad is in control of more territory of the country then when Russian support arrived, and peace negotiations are in progress. With his usual excellence in crafting geopolitical chess game, president Putin by removing Russian troops and aircraft from Syria, in effect, put pressure on Assad to make a peace deal in Geneva. Now Assad is greatly insentivized to make concessions at the negotiating table or he else he will inevitably put at risk all the gains Russia granted him. It is also possible this will be a time for Russia to offer Assad asylum and a new President will replace him. After all, Russia's interest is not the man Assad but the country Syria. Of course Russia will still have its bases in Syria either way. But in case a new leader comes into picture, the world will be well aware that Russia had picked him, but the demand of the West to replace Assad will have been met which should hopefully calm the situation around Syria. After a six month fight Putin was able to establish Russia as a major player in the Middle East, show off Russia's advanced weapons, and prove Obama wrong(once again) about Russia being caught in a quagmire. At the same time Putin successfully secured Russia's land bases, which have a strategic importance for the country. Moreover, if and when a peace is ultimately negotiated Putin is going to reestablish himself on the world stage as a man capable of bringing peace in a region that seems to never be at peace. If peace brings a reduction of the "flow" of Syrian refugees to Europe Putin may even find that a grateful Europe is in favor of curtailing its sanctions against Russia.

Overall it appears that Putin's gamble in Syria is paying off and likely will lead to a different view of Putin in the West.