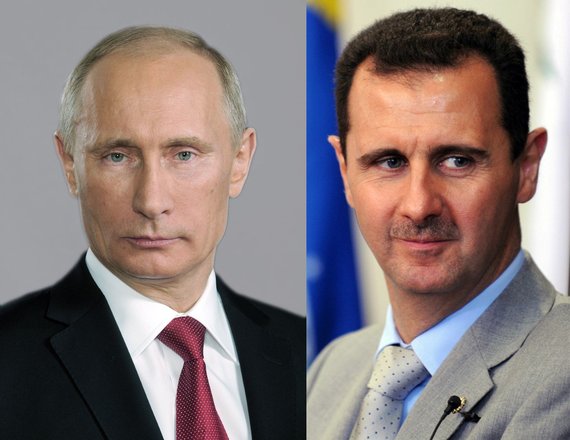 The last several weeks has seen some extraordinary developments in Russia's role in the Syrian Civil War. Russia has deployed 28 Suhkoi jet fighters, roughly two squadrons, in Syria. Originally believed to be SU-27s, NATO designation, "Flanker," satellite reconnaissance now indicates they are a mix of different variants. The Sukhoi is an "air superiority" fighter, highly maneuverable, and is among the most advanced planes in the Russian air force. Its capability is roughly comparable to the F-15 Eagle.

In addition, the Russians are assembling modular housing units at the Bassel al-Assad air base in Latakia sufficient to house around 2,000 Russian personnel. In the meantime, two Russian tank transport ships have docked in the Syrian port of Tartus, where the Russians also maintain a small naval base. This is the only naval base outside of Russia. The tank transports typically carry 25 tanks each, about 520 naval infantry (the Russian equivalent of Marines), and related equipment. Additional attack helicopters, mobile artillery and related troop transport, including armored personnel carriers, are also being deployed.

To put this buildup into perspective, 28 Sukhoi jet fighters are roughly comparable to the current size of the Syrian Air Force. Collectively these planes will dwarf the offensive firepower that the Assad government can currently muster. The rest of the buildup appears to be designed to safeguard the air forces that Russia has deployed. Collectively those planes would cost close to a billion dollars. 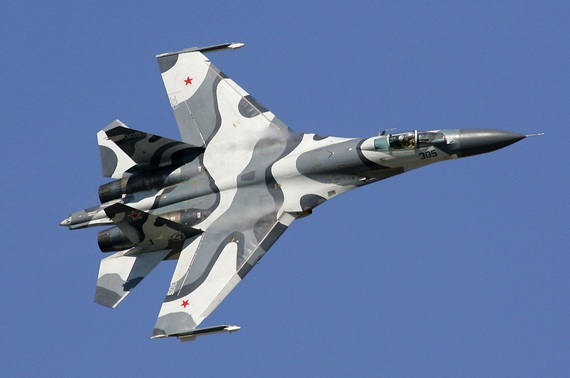 The purpose of this Russian buildup is as yet unclear. What is clear is that it could dramatically change the dynamics of American air deployment over Syria and possibly over Iraq as well. Currently the U.S. advises the Assad government, via Syria's ambassador to the United Nations, when it is going to conduct air operations over Syria. It's unclear how much we actually tell the Syrian government, but we tell them enough that they know to turn off their air defense system when American planes cross into Syrian airspace.

Syria operates an "integrated air defense system." That means ground based radar direct the deployment of surface to air (SAM) missile batteries as well as the deployment of Syrian fighter planes (assuming that any were actually scrambled). By turning off its air defense network, Syria can insure that no SAMs might be accidently launched against American aircraft. 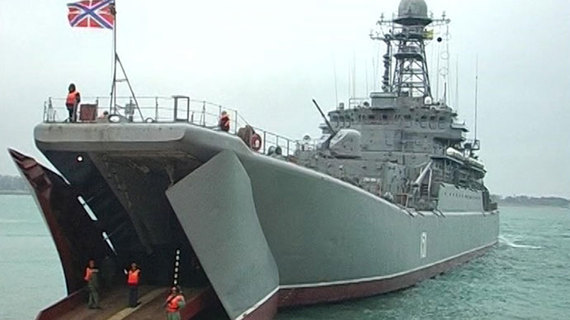 Will this policy continue given the new Russian deployment? The Russians might have something to say about Syria turning off its air defense network every time the Americans pop over for a visit now that they have two squadrons of planes on the ground. Will Putin scramble Russian jets to shadow American planes over Syria? Nobody knows, but reminding the White House that the Kremlin has something to say about American air operations in Syria is just the kind of nationalistic stunt that Putin is known for--the kind of stunt that plays well on Russian television.

The Russian deployment also has implications for U.S. air operations in Iraq. One of the lessons that emerged from the Battle of Tikrit was that regardless of how significant an advantage Iraqi forces had over ISIS jihadists, without air power and specifically the use of precision guided munitions, defeating a well-entrenched ISIS force in an urban setting would be extremely difficult.

During the Battle for Tikrit, Shiite militias had a numerical advantage on the ground of anywhere from 30 to 1 to as much as 100 to 1, depending on whose assessment of ISIS's strength you accept. Even then, it was American air power and the ability of U.S. pilots to specifically target ISIS strong points that turned the tide. The ability of the White House to deny American air support to the Iranian led Shiite militias may be moot if they can turn to the Russians instead. At Mach 2, flight time from Latakia to Ramadi is 45 minutes. If the planes are already in the air in orbit over the Syrian Desert, flight time might be as little as 20 minutes. 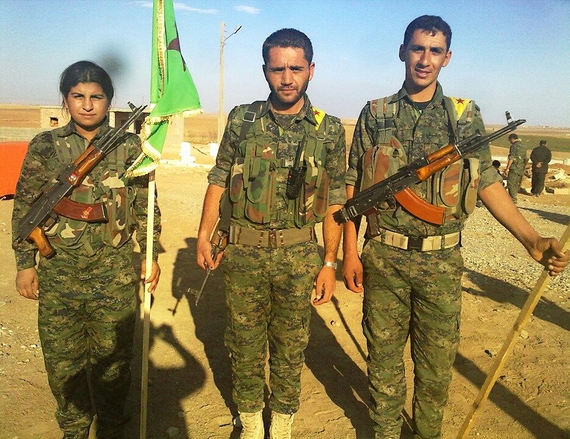 There is one other potential twist to the Russian air deployment. Turkey has been using its intervention in Syria to attack both ISIS jihadists and the positions of the Kurdish YPG, the Kurdish Peoples Protection Units organized by the Kurdish Supreme Committee, the self-declared government of Syrian Kurdistan (Rojava). The Assad government has been no friend of the Syrian Kurds, but that wouldn't stop Russia from coming to the defense of the Kurds if that would help buttress the Assad government.

It's clear, that there is not going to be any going back to the days of the Assad's family iron rule over Syria. Whatever negotiated peace emerges, assuming that one can in fact emerge, will require the support of other stakeholders in Syria. A deal between Assad and the Syrian Kurds can't be ruled out. They have common enemies with both ISIS and Turkey. In the cauldron of Middle East politics, the enemy of your enemy is as good a basis for an alliance as anything else.

At the very least, the Russian build up in Syria and Russia's claims that it is ready to join an "anti-ISIS grand coalition" allows Putin to shift the world's attention from Russian activities in Ukraine and sets the stage to roll back some or all of the sanctions that were levied on Russia following its seizure of the Crimea.

The combination of crashing oil prices and the sanctions are crippling the Russian economy and have made it impossible for the Kremlin to carry out the long-term expansion and modernization of Russian military forces that Putin has announced. By visibly interjecting themselves into the Syrian Civil War, the Kremlin has, by a combination of guile, bluff and sheer audacity, played a weak hand brilliantly and assured itself of some bargaining room both over the future of Syria and the eventual reversal of economic sanctions.