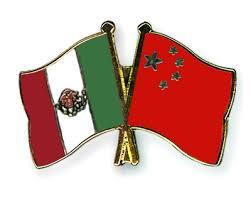 Envision a scenario where China stationed military forces in Mexico. The recent imprudent actions in international relations by President Trump potentially created a new strategic threat. Worse, it could appear on our doorstep; our southern border with Mexico, and a wall would exacerbate, not alleviate, the problem. In a mere two weeks in control of the White House, with the exception of Russia, Trump has managed to alienate allies and adversaries alike. Members of his myopic support base seem to believe that these impetuous actions and bellicose statements are a show of strength or business acumen. In reality it demonstrates extreme naiveite that rise to a level of incompetence. A concern should be that China might now have access to geographic proximity to the U.S. never before imagined.

Though it began with his campaign rhetoric, in a short amount of time Trump has undone about two decades of friendly relations-building with Mexico. On a call this week with the former president of Mexico, Vincente Fox, I heard him mention that the people of Mexico feel they cannot trust the United States. Fox is not alone and many sources are stating that concern. It is not just President Enrique Peña Nieto and government officials, but the general population of Mexico who feel insulted and maligned by Trump's inexcusable comments and accusations.

There is a reason that throughout Latin America we are known as the Colossus de Norte. Thanks to a failing education system, few Americans have any idea about how many times we have intervened militarily in Central and South America and the Caribbean. The people of these countries have not forgotten and they have reason to be concerned. There have been over a hundred U.S. troop deployments and covert interventions in internal affairs by the CIA in Latin America.

For the past two decades the United States and Mexico have been working on building stronger ties. While the ill-advised war on drugs brought many hardships on Mexico, one accomplishment was to bring both our governments, and many ordinary people, closer together. Mexico became a major trading partner, with many Mexican people desiring and buying American products. Already calls for boycotts can be heard as policies reflecting possible trade-war tactics reverberate.

Trump's business model has been that of the bully. Just ask the many subcontractors he failed to pay for work they adequately completed. This is now our national policy. Trump no longer speaks for himself. Whatever he says reflects on our country, something he clearly fails to realize. Every word uttered, or tweeted, by a POTUS, is subject to intense scrutiny and analysis. No rational president would threaten to invade another country, and then claim they were joking. Trump did just that on 27 January suggesting he might send U.S. troops to straighten out the border issue with Mexico as there were "a bunch of bad hombres down there." Even his new United Nations ambassador, Nikki Haley, in her initial talk affirmed bullying tactics stating, we "were taking names" of those countries that did not side with us.

There are three ways to deal with a bully. One is to capitulate, thus leading to greater problems. Another is to fight back attacking vulnerabilities. That is not always a successful approach for the smaller party. And the third, is to get a friend to assist. Mexico has already initiated option three. Rightfully concerned about viability of trade agreements with the U.S., they have reached out to China and begun to expand interaction with them. Several news agencies reported, "The Mexican Foreign Affairs Secretariat said in a release that the two countries 'agreed to deepen the mutual trust and develop bilateral dialogue on topics of mutual interest through the Mexico-China Strategic Dialogue.'"

Considering what Trump has done regarding China, that is an alliance that makes perfect sense. Before ascending to office, his actions with Taiwan infuriated the Chinese government and countered decades of the standing U.S. One-China policy. After wise intervention by Secretary of State Rex Tillerson, Trump has just affirmed the previously existing policy. But given his erratic proclivities, that could change at any minute. China is a global power with aspirations for continued growth and a strategic plan to accomplish their mission. They are a major presence in Africa involved in resource extraction and infrastructure development. A comment made to me by an official in East Africa is striking. He indicated they liked Chinese assistance as it "came without strings attached." Similarly, they have been courting most of the countries in Latin America and the Caribbean. As reported by CNBC, "according to Americas Society/Council of the Americas, a New York City-based nonprofit organization, trade between China and Latin American countries rose 24-fold between 2000 and 2013." It continues to grow.

The formal withdrawal from the Trans Pacific Partnership (TPP) was greeted with optimism in China. In November the Wall Street Journal noted, "China is well prepared to step into the vacuum created by any U.S. withdrawal. It has pushed its special brand of global expansion for a decade based around "win-win" projects in emerging markets, such as African countries." Large projects such as plans for a super-port in Brazil, the China-Brazil Earth Resources Satellite program, a proposed railroad from the Atlantic to Peru's Pacific Coast, or plans for a new trans-isthmus canal through Nicaragua, exemplify their level of interests.

Australia has long been a close ally of the U.S., but Trump's infamous call and egregious behavior toward the Prime Minister, Malcolm Turnbull, set those relations back as well. For Australia and New Zealand, the TPP was very important. They too are looking to China for better relations. Trump has been advocating serial bilateral trade agreements while disregarding that it inconsistent with the multipolar world as it exists today.

As Mexico prepares to deal with an unpredictable neighbor to the north, establishing greater ties with the Chinese military would be a logical step. That could take many forms but would not rule out basing rights for naval and air assets. If a further threat is perceived such an alliance could conceivably include stationing Chinese Army units in the northern areas. That could be done under the pretext of attempting to secure their border with the U.S. stemming illegal immigration and drug trafficking, just as Trump has asked Mexico to do.

Feasible, the potential for such a move should not be taken lightly. Elsewhere in the world China has engaged in provocative behavior. They have taken active measures to advance their claims of disputed territories, even after an international tribunal in The Hague ruled against them. Then too, there is the innovative, yet challenging, approach of creating new lands by dredging the sea.

Traditionally the U.S. Government has dealt with China as an entity that existed mainly in Asia with the Pacific Ocean serving as a barrier. We have acknowledged their expanding influence and done little to counter their moves. But consider having Chinese military units in close proximity. There is no thought that they would defeat American military forces should a confrontation occur. But, as with other dispersed units around the world, they would act as either a deterrent, or a tripwire that could lead to a major conflagration.

Trump repeatedly has stated he likes to be unpredictable. International relations are predicated on predictability. Therefore, being unpredictable equates to being unreliable and untrustworthy. He has already upset NATO. Even though there was backtracking, the NATO members understood the message. If unpredictability becomes an international norm, all participants must assume the worst-case scenarios and plan accordingly.

Also disturbing is Trump's reliance on, and issuance of, demonstrably false data. The election was won convincing voters of a fearful world that did not exist. He has used this fear-based rationale in both the visa ban and executive orders ostensibly supporting law enforcement. In the first case, he raised the notion of imminent danger of terrorism from a body of refugees that has posed no threat to date. To support the law enforcement executive orders, he stated that murder rates that are the highest they have been in four decades. His puppet Attorney General, Jeff Sessions, responded by claiming the recent slight crime increase, "is a dangerous permanent trend that places the health and safety of the American people at risk." Both comments are false and outrageous exaggerations. Such statements usually translate to an attempt to take rights away from individuals.

In 1964, under President Lyndon Johnson, the Gulf of Tonkin Resolution expanded the war in Southeast Asia. At the time the data were classified, but believed by members of Congress. Assuming the U.S. Navy had been attacked twice, the members voted in favor of the resolution. The House voted 416-0 and the Senate 88-2. Only much later did we learn the second attack never happened. Then in 2002, under President George W. Bush, Congress voted to go to war with Iraq. Based again on mostly classified information, the stated reason for the supporting the effort was that Saddam Hussein was developing weapons of mass destruction. The House voted 297-133-3 in favor, while the Senate vote was 77-23. Again, we later learned that Saddam did not have the weapons that took us to war nor was he involved with the 9/11 terrorist attack. Yet, by invading Iraq we did manage to further destabilize the Middle East.

Now we have a White House that is making unsupported claims of impending danger both foreign and domestic. This time the data are available to the public. Unfortunately, many of our citizens tend to believe demonstrable falsehoods coming from administration officials, including the President. It is time for all key figures, including both parties in Congress, the Judiciary, and members of the President's Cabinet to step forward and act. Failure to do so will have unintended consequences that are irreparable. It is also a necessity that people inform their representatives that they will be held accountable if they collaborate with, or condone, the egregious acts perpetrated under the false guise of security.