As we celebrate World Water Day, it is important to recognize not only the vital role clean water plays in the functioning of the Earth's ecosystems, but the deeply important connection between clean water and our economy. The theme of this year's World Water Day is "Water and Jobs," and never before has that interdependency been more critical. The UN estimates that nearly half of the working people in the world, approximately 1.5 billion people, work in water-related industries. And it is safe to say that nearly all jobs depend on water in some way, from engineering to business to agriculture, and beyond.

Throughout the world, our waterways are facing myriad threats and water scarcity and pollution seem to touch every corner of the globe. By the middle of next century, it is predicted that over 40% of the world population - 3.9 billion people - could be living in regions suffering severe water stress, as climate change adds to the pressure from economic and population growth. 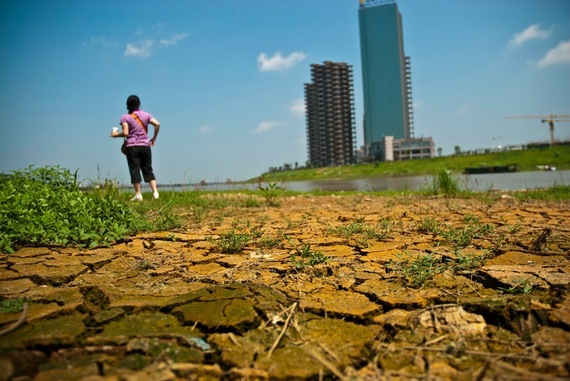 These threats are further complicated by a serious lack of investment in water infrastructure - the pipes, water mains, and water treatment facilities that enable us to have clean water flowing from our taps - which was most notably seen in the recent crisis in Flint, Michigan. The tragedy that unfolded in Flint is emblematic of just how much crumbling water infrastructure can cost a community. The economic damages from the crisis are predicted to exceed $10 billion, including repairs, medical care, and the reduced economic productivity of the people affected. That is the biggest sin of all - many of Flint's children have been robbed of what their future could have been. Nationally, American Water Works Association (AWWA) estimates that three to six million miles of lead pipes - the same pipes that eroded into Flint's water supply - still carry water, and most all of them are vulnerable to similar dangers.

Decades of inadequate repair of aging water infrastructure has resulted in a nationwide problem that cuts across income brackets and city lines. These water systems need to be updated or replaced. With more than one million miles of water mains across the country, the cost of restoring and expanding them to serve a growing population could cost up to $1 trillion over the next 25 years, the AWWA estimates. EPA's forecasts a more conservative $330 billion over 20 years, but even that figure is well above the $1.38 billion that state and local governments are currently spending annually on drinking water and wastewater infrastructure, according to the American Society of Civil Engineers.

In the U.S., every $1 billion invested in water infrastructure is estimated to create more than 20,000 new jobs. Estimates show that just fixing outdated stormwater and wastewater systems would generate nearly 1.9 million jobs. Investment in water infrastructure puts people to work replacing and upgrading water pipelines and treatment plants, and installing green infrastructure projects such as water reuse-recycling mechanisms and rainwater catchment systems. These projects bring clean water into our homes and businesses, put money back into the economy, and bring much needed jobs to our communities.

This World Water Day, as we reflect on our most pressing water related issues, we should look toward the future. Investment in jobs that create clean water solutions and the infrastructure needed to keep our water safe and accessible is essential for preserving our most precious resource, and will only improve our economy and our society for generations to come.