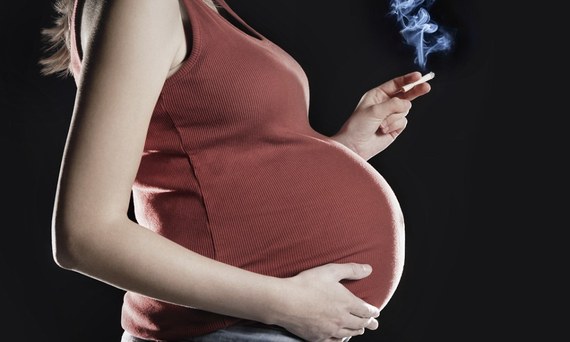 Life in the Boomer Lane has noticed that, in addition to car keys, cell phones, and Kindles, she has also lost body parts. Her knee, brain cells, the better parts of several teeth, several inches of height, and her uterus are now history. She had thought these were gone for good, until she saw the atest medical news.

Thanks to The Cleveland Clinic, the first uterus transplant has now been performed in the US. The Clinic has had permission from their ethics panel to perform ten procedures as part of a clinical trial. They are targeting women with uterine factor infertility (UFI), those born without a uterus or with uterine abnormalities that block pregnancy.

In addition to this groundbreaking procedure a boon to women who would have otherwise been unable to carry a child, LBL is pretty sure that, as the procedure becomes more and more common, perhaps women who had their uteruses removed would be able to participate.

In anticipation of this, LBL rushed into Now Husband's study and asked him if he wanted to have a child with her. His answer was, "The light bulb over the stove is out." LBL considered that this was a clever retort about her mental functioning, until she remembered that she had actually noticed that the light bulb over the stove was, indeed, out. Thinking that NH hadn't heard her correctly, LBL asked the question again. This time, NH said, "But that would mean that we would have to have sex." Now Husband is a funny guy. Sometimes.

NH's reaction aside, LBL decided to consider about this possibility more carefully. When she was pregnant the first three times, back in the late 70s and early 80s, the only warning doctors gave to expectant moms was "Try not to jump off the roof of a building or eat anything that weighs more than you." Other than that, mothers-to-be were pretty much on their own, regarding what was safe or unsafe during pregnancy. Pregnant women smoked, and drank alcohol and Diet Pepsi with aspertame, all with total abandon.

Now, women who are pregnant or thinking about getting pregnant stop drinking alcohol (almost all don't smoke anyway, so that's no longer an issue) and stop eating eggs, sushi, unpasturized juice, coffee, bacon, sausage, hot dogs, soft cheese, and anything beginning with the letter "R." If they are sick, they can't take aspirins, NSAIDS, some antihistamines, some cough meds, and some decongestants. Having been pregnant during the "It's all OK" years of fertility, LBL wasn't sure how enthusiastic she could be about all the new restrictions in place now.

She would also have to obey the new rules of infant care. LBL used bumper pads around the crib, mobiles over the crib, and toys in the crib. Hell, if it made a baby stop crying, she would have tossed a chain saw into the crib. (Note to Readers: For those of you who are appalled at LBL's last words, she will assure you that this is a satiric statement, and any sililarities between this and the thoughts that actually ran through her head at the time of early motherhood are purely coincidental.)

Nowadays, babies sleep without anything that might possibly turn lethal: no fuzzy pink or blue blanket, no cartoon-embossed bumper pad, no soft, cuddly toys, no happy, fun, musical mobile. No sleeping on tummies. Babies are placed in cribs, face up, with nothing to cuddle and nothing to look at, other than a blank ceiling. The modern crib has become, in effect, a small senory deprivation unit.

Then, there were the hard facts of age expectancy to consider. If LBL were to get pregnant now, she would be 87-years-old when the child was graduating from high school, 91 from college, and about 105 at the child's wedding. If that child had a child, she would be about 110 when her grandchild was born. Even considering that Now Husband is a couple years younger, he'd still be mighty old for these life events.

All things considered, it's a lot easier to buy a new lightbulb for over the stove.