Florida officials are holding a contest to see who can bag the most and longest Burmese pythons in the hopes of enlisting the public's help in saving the Everglades from the pervasive invasive species.

In the 2013 Python Challenge, organized by the Florida Fish and Wildlife Conservation Commission (FWC), whoever can harvest the most pythons will win $1,500 and whoever captures the longest will receive $1,000.

To date, the longest python ever captured in Florida was 17 feet long.

The state currently allows the snake to be killed by licensed permit holders, although the event is opened to the general public. In order to participate, individuals simply register online, pay a $25 fee, and take a brief educational course. A Florida hunting license is not required unless the participant is under the age of 18.

And as python permit holders have more access to public lands where pythons reside, the Python Challenge is split into two distinct competitions: one for permit holders and one for the general public.

Challenge rules also state that the pythons must be killed humanely (see FWC's guidelines for recommended python euthanasia here) and they must be harvested from one of four wildlife management areas (WMAs): Everglades and Francis S. Taylor, Holey Land, Rotenberger, and Big Cypress.

See the rest of the Challenge's official rules here.

“By enlisting both the public and Florida’s python permit holders in a month-long competitive harvesting of Burmese pythons, we hope to motivate more people to find and harvest these large, invasive snakes," Kristen Sommers, head of the Exotic Species Coordination Section of FWC, said in a release.

The challenge kicks off January 12 and winners will be announced on February 16 at Zoo Miami.

Burmese pythons are classified as a nonnative invasive species in Florida, and are suspected to be responsible for harmful changes in the food chain of some animals in the Everglades ecosystem. 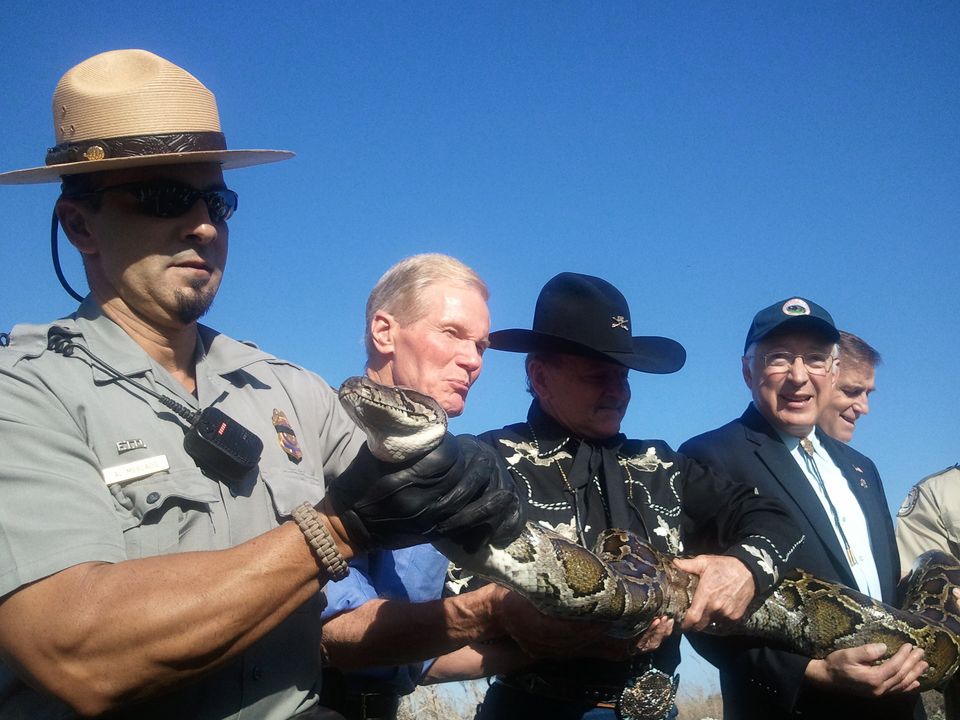