The life of a python in South Africa came to a thorny end last week.

A mountain biker at the Lake Eland Game Reserve in a coastal part of KwaZulu-Natal province reportedly spotted the snake with a full belly on June 14. Last Saturday, the snake -- of which there are some graphic photos below -- was found dead not far from the original sighting. 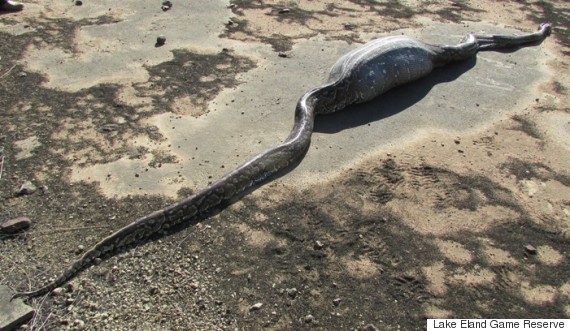 Experts at the game preserve autopsied the python and discovered a 32-inch, 30-pound porcupine inside of it.

While a snake swallowing a spiky porcupine whole may sounds like a classic case of mutually assured destruction, it's actually not that uncommon.

"The porcupine did not injure the snake at all and eating the porcupine should not have caused the snake to die," Lake Eland Game Reserve general manager Jennifer Fuller told The Huffington Post in an email. "The real cause of death is unknown."

She said the stress from human interaction may have prompted the snake to try to regurgitate the porcupine but it got stuck. 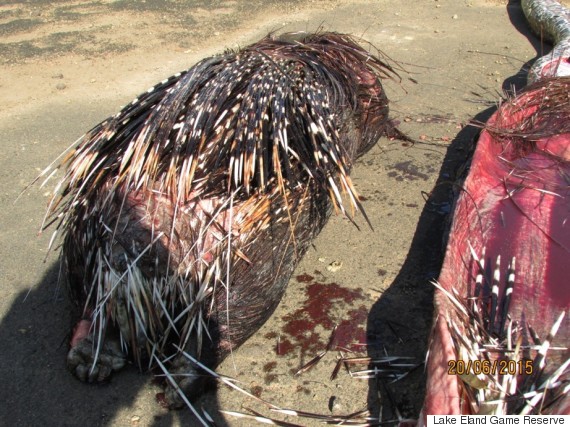 Fuller said the snake fell off a rocky ledge, according to The Telegraph, but it was unclear if the snake was already dead when it did or if the fall caused some of the quills to puncture its digestive tract.