The first complete sequence of any snake genome reveals that Burmese pythons evolved rapidly to be able to eat prey as big as their own bodies.

The python's amazing eating abilities derive from the genetic capacity to alter its metabolism and the size of its organs after a meal, according to a new study published today (Dec. 2) in the journal Proceedings of the National Academy of Sciences. Some organs more than double in size in the two days after a python, which averages about 12 feet (3.7 meters) long, eats.

Eating isn't the only extreme snakes have gone to in their evolutionary history. To become the long, slithering creatures they are today, snakes have lost their limbs, reduced one of their lungs, elongated their skeletons and organs, developed a hinged jaw, and in many cases, evolved a toxic brew of venoms. They also rapidly fluctuate their metabolism based on their feast-or-famine diet of periodically swallowing large prey whole. [Photos: Giant Pythons Invade Everglades]

To understand this amazing evolution, University of Texas at Arlington biologist Todd Castoe and colleagues from four countries sequenced the genome of the Burmese python (Python molurus bivittatusI) and the king cobra (Ophiophagus hannah). By comparing the two, as well as snippets of the genomes of other reptiles, amphibians, birds and mammals, the researchers were able to track the evolution of the genes that make pythons such incredible eaters.

"We'd like to know how the snake uses genes we all have to do things that no other vertebrates can do," Castoe said in a statement.

The snake genome comparison enabled Castoe and his colleagues to track positive selection throughout the python's history. Positive selection is the evolutionary process by which useful traits — such as the python's unhinging jaws — are adopted by a species. In snakes, this process has been unusually rapid, the researchers found.

"What we are seeing in snakes is unprecedented," study researcher David Pollock of the University of Colorado School of Medicine said in a statement.

Snakes come by their extreme features through a combination of changes in DNA, changes in how DNA's instructions are carried out in the body, and changes in the reptile's proteins, the researchers found. The changes that occur in a python's body after feeding, for example, require the coordination of thousands of genes.

Genes are the blueprints for the proteins that act as the building blocks of the body's tissues. The process of carrying out these genetic plans is called gene expression. After a python eats, its gene expression changes rapidly. Genes that may have been quiet suddenly come alive as their instructions are expressed. Some genes that are expressed steadily in daily life become more active, churning out massive amounts of proteins that promote growth or metabolism.

Some of these genes are important for human disease. For example, a gene called GAB1, which appears altered in the python genome, is involved in some human cancers.

"The Burmese python has an amazing physiology," Stephen Secor, a University of Alabama biologist and study co-author, said in a statement. "With its genome in hand, we can now explore the many untapped molecular mechanisms it uses to dramatically increase metabolic rate, to shut down acid production, to improve intestinal function, and to rapidly increase the size of its heart, intestine, pancreas, liver and kidneys. The benefits of these discoveries transcends to the treatment of metabolic diseases, ulcers, intestinal malabsorption, Crohn's disease, cardiac hypertrophy and the loss of organ performance." 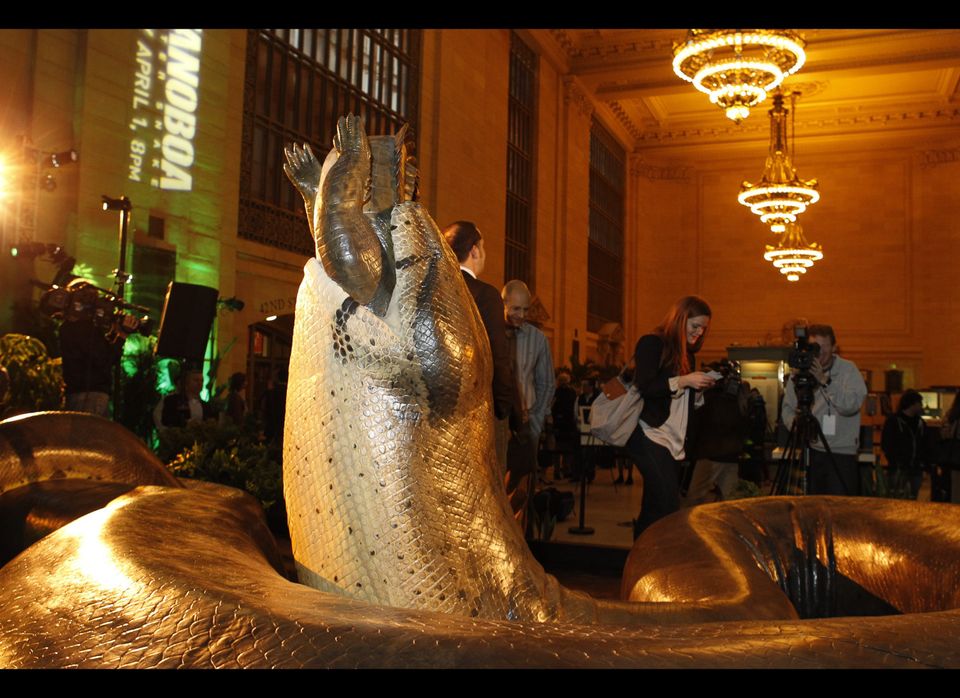