MIAMI (Reuters) - Florida wildlife officials, opening a new front in the war on invasive snakes, are recruiting the general public for "python patrols" that teach them how to identify and even capture some of the hissing, snapping reptiles.

"We consider (Burmese pythons) established, which means the hope of removing them is pretty slim," said Jenny Novak, a Florida Fish and Wildlife Conservation Commission (FWC) biologist, during a recent training session with 20 volunteers in south Florida. "We're in management mode now."

On Sunday the volunteers spent an hour in a classroom learning how to distinguish between invasive and native snakes and how to safely capture and contain them.

Later, the group moved outside where coiled up pythons were released and volunteers used poles to pin their heads, sometimes with mouths agape, to the ground. They then grabbed the snake at the base of its head and carefully maneuvered it into a bag sealed with electrical tape.

"I'm not that worried about her," said Mark McCarthy, 63, as his daughter, 29-year-old Keeley Philbrook, readied to grab hold of a five-footer (1-1/2 meter).

She bagged it with some help from a fish and wildlife technician, and still shaking afterward said she would not try it alone.

Several classes are to be held monthly and officials say they hope to train hundreds of volunteers.

After taking the class and applying for a permit volunteers can hunt for snakes on some FWC-owned properties. Those who do so are encouraged to turn snakes over to wildlife officials to be euthanized or kept for research.

But officials are coming under fire from critics who say the public should stay away from the non-venomous pythons, which kill by constricting their prey.

"This is ridiculous," said Kenneth Krysko, a senior herpetologist at the University of Florida. "You can't have Joe Schmo grabbing these snakes."

Krysko said he thinks the civilian patrols will also be ineffective in reducing the python population.

Florida is a hub for the exotic pet trade and a hot bed of invasive species that have snuck into the tropical environment. An estimated 150,000 Burmese pythons now occupy the state’s southern half, according to officials.

Since the snakes were first spotted in the 1970s, they have become top predators in the ecologically fragile Everglades, gobbling up whole alligators and other native species, and growing more than 18 feet (5-1/2 meters) long.

The latest concern is a small population of aggressive North African "rock" pythons several miles west of downtown Miami. Since they were first discovered in 2001, 69 have been spotted and 29 have been captured, according to Krysko.

Officials hope they have the rock pythons contained through what Novak called an "an early detection, fast response program."

But Krysko said it is too little, too late after Burmese python numbers mushroomed during decades when sales weren’t outlawed and wildlife agencies had few programs to deal with unwanted pets or snakes released in the wild. 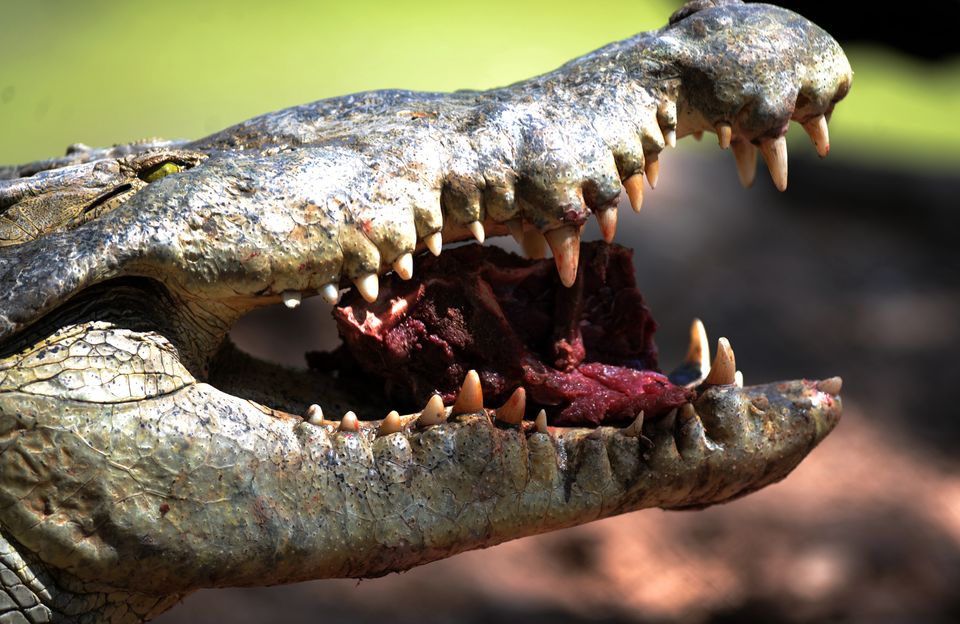