For years Jim Walsh has been entertaining and educating and inspiring people in the Twin Cities as a music columnist and feature writer for The St. Paul Pioneer Press and City Pages, and now as the writer of the oral history The Replacements: All over but the shouting. He's also a musician (under the nom de guitare The Mad Ripple) and hosts a hootenanny every Friday night in the basement of Java Jack's in south Minneapolis. He and I both grew up in south Minneapolis but didn't get to know each other until a few years ago. We conducted this interview via e-mail.

In The Boys of Summer, Roger Kahn, writing about the '50s Dodgers, says, "You may glory in a team triumphant but you fall in love with a team in defeat." Is that part of the appeal of The Replacements? The fact that they influenced everybody but they never broke through? 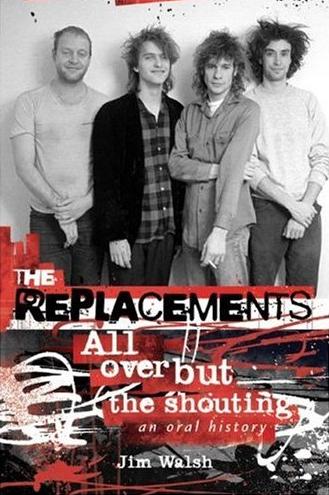 I'm sure it is, but bands don't have won-loss columns. So their worth is harder to define. For sure one of the things that people love about the 'Mats is their Loch Ness Monster quality -- most of their fans, I'm starting to find out, never saw them. And there is great worth in that; the idea that the music and tales are out there to be had, but not so readily available. It's mystery, and it's tantalizing.

I had a talk with these two glam rock hipster boys in New York a few months back, and they were all about "pre-Internet" bands. They said it like it's a new genre. I think they're drawn to music that came before all this technology -- same with this massive new wave of old-timey music. It's got discernible roots, and you have to work to find it.

Did you see the 'Mats? How did you first hear about or hear them?

Never. The Suburbs, the Wallets, yes. I didn't get out much. By the time I did we were seeing Soul Asylum and the Jayhawks and Gear Daddies, and the Replacements were a growing legend. One thing I didn't know until I read your book was that they weren't a great live band like Soul Asylum. Or rather: They were the greatest live band or they were shit. And mostly they were shit. One wonders if that's part of their appeal, too.

But the "shit" shows were always worthwhile, if you were paying attention and musing on it all: It was the drunken Midwest version of Dada.

Meaning? What did you pull away from those shows?

I went for the songs, always. But as I step back from it and see what it was -- the chaos and humor and intensity of your teens and 20s -- I think you could make a case that they were fucking with, well, everything.

Through humor, which makes me think of Dada, etc. It was rebel music, most of all. They truly were rebelling against everything, the whole Marlon Brando thing. Including themselves. That might also be why kids are so organically drawn to them now -- rebels get packaged pretty quick these days, and their rebellion gets polished to a corporate sheen.

And the Replacements were pure...but unprofessional. That's the problem Joe Henry had with them. In your book he talks about how "It was bad form to care too much. You weren't supposed to give a fuck about a good couplet, even if you wrote one."

All of which seems the antithesis of you. If you've been accused of anything, in your columns for City Pages and the Pioneer Press, it's caring too much. Maybe that's part of their appeal for you? They flipped the world the drunken bird you wanted to but didn't? Or were you fucking with everything in your teens and 20s?

I've always cared. I've had to, but I can't write well about something I don't care about. And I never really wanted to flip the world the drunken bird. I never drank back then, still don't all that much, and my rebellion has always been more about freedom of mind at all turns and costs than about "me against the world."

I understand Joe's prism, but I'd argue that they cared an awful lot. You can't listen to those records and say Paul doesn't care about his songs. Here is where "punk rock" gets misunderstood. That music is fiercely caring.

As for the pissing all over their songs... The equivalent would be reading something aloud that you've written, over and over. You live for spontaneity, for creating something on the spot, that's why you play music, and if it's not happening, if it becomes too rote and everyone knows the words and how it all turns out, you get a little bored.

I know this from playing songs live. My band would write songs and throw them out a month later because we'd get bored with them. They almost feel like they're dishonest, like they don't represent who/where you are RIGHT NOW AT THIS MOMENT and so to play them note-for-note the way they were written is not in the spirit of the songs themselves.

Does that make sense?

Completely. That's one thing I've always admired about musicians and theater actors. How do you make it fresh again and again? How do you keep it interesting -- for us and for you?

So why this book, Jim? Why now? Why not a book about all those '80s Minneapolis bands that never broke through?

I loved the Replacements, that's why. Now? I had the time, and energy, and as I get older I realize people die and their stories go with them. I wanted to make sure this one got put down between two hard covers. I keep saying this, but I'm glad it exists.

I'm working on another book right now, for the Minnesota Historical Society Press, on the punk scene in the Twin Cities 1976-1991.

Talk a little about this book tour. It's not just a book tour -- not just readings. There's music happening, too. 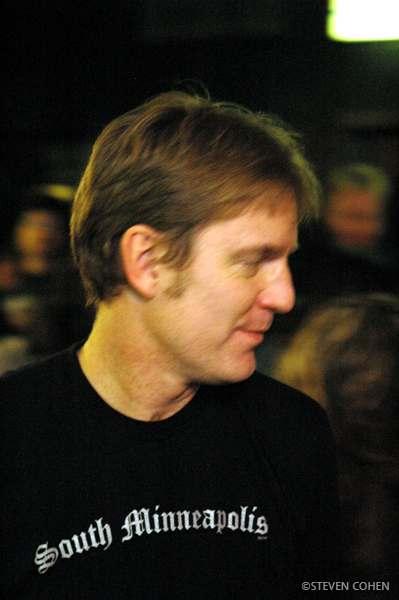 In most every city I've gone to for readings, we've set up live shows in which local bands do 'Mats songs. Minneapolis, New York, and Seattle were a gas. Hearing Chastity Brown do "Skyway" in Sonoma was a highlight, Dayna Kurtz singing "Here Comes A Regular" at Banjo Jim's in the East Village made me stare out at the night and know why I'd come all that way and written the book: for the music and for that moment. Truly breathtaking.

A lot of the [book] reviews have been great, but a couple of the reviews have been short-sighted and facile, and admittedly it would be a tough book to write about because there's a lot of ideas about art and life and music in it; I'm not sure how I'd approach it.

That said, every night when I've heard those songs -- Dayna in particular, and the entire Minneapolis night, and the dude who threw the drink in my face in Seattle, as you may recall -- I was happy to be with people who were working hard to so naturally transcend the written word and reviews and the book itself and get to the heart of the music.

I don't know how many more I'm going to do. I'd like to get to Boston, Philly, Madison, D.C., Hoboken, maybe L.A., but it's been on my dime and I'm out of dough and getting low on 'Mats energy. I want to get on with other writing and music. The guy who books the Metro in Chicago wants to do one; he came to the reading there a couple weekends ago, so we'll see. Chicago
was one of the best readings -- lot of people of all ages, and very passionate. I'm going to South By Southwest for a signing, that'll be cool. Lots of 'Mats fans in Austin. A bunch of Austin bands did a 'Mats tribute compilation years ago; that's the music on the book's MySpace page,
www.myspace.com/ultrabook, which also has great photos from the parties.

Music is obviously thriving at a local level -- you're seeing it and hearing it in every city, and with the Hootenanny Friday nights at Java Jack's -- and you'd think in the digital age it'd be easier for bands to break through all the corporations upon corporations. But it actually seems tougher.

In the preface to All Over But the Shouting you have this great analogy of local fans feeling ownership in these local bands and putting them on their shoulders, like the little people in Horton Hears a Who, as a way of saying, "We are here, we are here, we are heeeere!" Is that happening in the post-Internet phase of music? If not, what's replacing it?

I can only speak for myself and what's going on with me. I find it's hard to truly gauge scenes and happenings, other than for yourself. All I know is that the Hoot is the most magical musical thing I've ever been involved with. It's spontaneous and boring and amazing and raw and frightening and really truly musical and sometimes drunk. When I started doing it a year or so ago, I had a sense people were hungering for intimate, grass-roots connections to music, but I thought it was just me. People love it as much as I do, and that's inspiring.

My friend Jim Meyer gave me a book for Christmas: Hoot - it's an oral history of the Greenwich Village hootenannies of yore in the '60s, and I must say they sound boring as hell compared to what's going on in Minneapolis in the '00s. There's so many good songwriters and musicians here, it's silly. And having traveled around a bit this year, you get the sense that it's happening in other cities, too. It really does feel like regionalism is back - a reaction against technology and the homogenization that it can spawn. Pretty sure that's why people are still drawn to the 'Mats: very organic, real, warts and all, beauty, fury, uniquely Midwestern, etc.

My friend Caleb, who's helping produce my next CD is this big tough Republican teddy bear bad-ass bassist from Michigan who cannot stand whiny musicians. He is fond of saying, "There has never been a better time to be a musician than right now." What he means is that the distribution system is in place (the Internet). If you're any good, people will hear it and you have a chance to play for people and maybe even get paid. If not, it's still a lot of fun to do what you love, no matter who's listening or not. I mean, I've been floored time and again at the Hoot by people who come up and play one song they've written. It really comes from the heart.

I don't know if that answers the question.