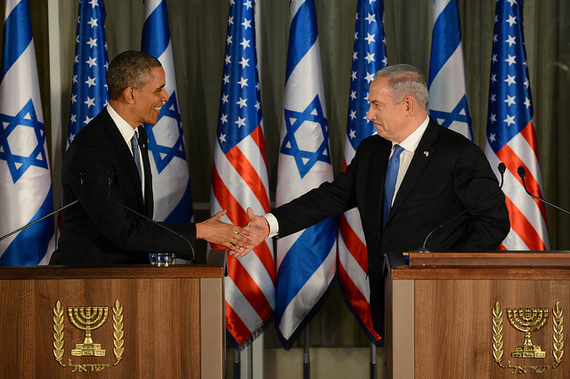 The agreement between Iran and the P5+1 will determine the future of Iran's nuclear program for the next few decades. While negotiations were still under way, Israeli PM Netanyahu declared that the deal even as it was taking shape spelled an end to the State of Israel. Most of the Israeli center-left opposition has since joined in the doomsday predictions. However, senior officials in Israel's defense establishment hold that the deal would actually reduce the threat posed by Iran, freeing resources to deal with other threats.

Conversations with senior security experts indicate that many of them share the view that given the realistic alternatives, the deal is in fact good for Israel's security. A sober analysis of the agreement announced last week confirms this judgment:

1. According to the terms of the agreement, Iran will require one year to accumulate the fissile material needed to create a nuclear device and will stay in that position for ten years, under close supervision. After that timeframe elapses, international supervision will continue.

2. When talks began, Iran was a month and a half away from accumulating the amount of material needed for assembling a nuclear weapon. Had negotiations, adamantly opposed by Netanyahu, never begun, Iran would now be even closer to that point. Thanks to the talks, Iran's nuclear program has been scaled back for the first time in over a decade. In other words, if the West had heeded Netanyahu's advice and not begun the last round of negotiations, Iran would now be much closer to achieving military nuclear capabilities.

3. Netanyahu claims that the agreement places Iran on the nuclear threshold in ten years - but without the deal, it would be there by now.

4. By adopting a rejectionist approach to the entire negotiation process, Netanyahu forfeited any way of influencing and improving the agreement. He also undercut Israel's ability to coordinate intelligence supervision over Iran with global partners, and limited the potential security guarantees that Israel would receive following a deal.

5.
Most importantly there is no better option.
The existing alternatives are much worse:

A more extensive version of this analysis was published at molad.org. If you would like to read more about why the Iran Deal is Israel's best alternative for dealing with the Iranian nuclear program you can head there, email me or simply comment on this post.