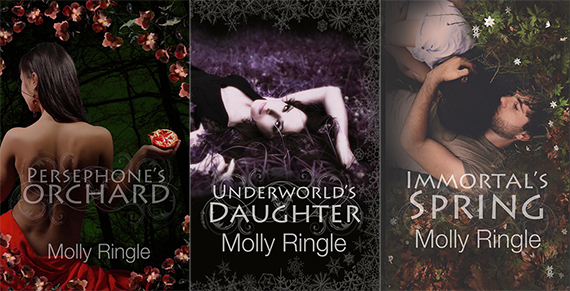 There are some people who were born to write, and author Molly Ringle is one of them. When I see her approach to writing and the way she writes, or hear how she talks about writing, it's clear: for her, writing is a form of play. Words are her puppets, and she is putting on shows. She makes it all look so easy, and the books she writes are nothing less than delightful.

With the release of my latest book, The Secret of the Dark Galaxy Stone (YA sci-fi adventure; a sequel to The Universes Inside the Lighthouse), and Molly's latest book, Immortal's Spring, Molly and I exchanged Q&As. Read mine at Molly's blog, and see hers below!

Pam Stucky: You have written books on such a wide variety of topics, from ghosts to cousins to your latest, a modern revival tale of Greek mythology. I know this is a horrible question, and I never really know how to answer when people ask me, but: where do you get your ideas? Do you have a bunch of ideas in a file somewhere, waiting for when you are ready to work on the next thing?

Molly Ringle: I do in fact have a story idea file! (It's literally called that: "STORY IDEA FILE.") It's just a Word document, a list with a few lines about each idea. I imagine I'll never get around to fleshing out all of them, but they are there if I want them, and I do occasionally go back into that file and pick the next book project from it. The ideas may come from a dream I had, or a story that inspired me, or an intriguing business card I found, or an intriguing historical detail I read about, or anywhere really. Often, though, the next project chooses itself by hanging around in my brain and refusing to be ignored, and it doesn't always have to be written down in that file. With the Persephone trilogy, for instance, I knew for years and years that I'd eventually get around to rewriting that story lurking in the back of my mind. And finally I did! 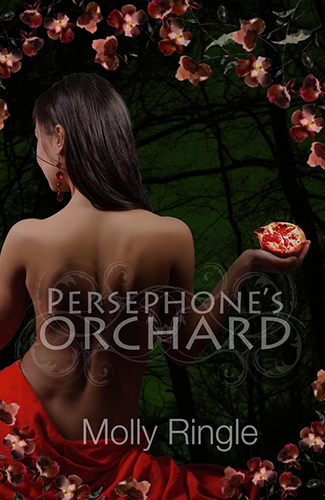 PS: Immortal's Spring, the third book in your Chrysomelia Stories series, is coming out June 1. Having written series before myself, I know it's hard to talk about a third book in case people haven't read the first. Give us a synopsis of the first book, Persephone's Orchard, and what inspired you to write it. Then, to the extent that you can without spoilers, describe how the story evolves in the next two books.

MR: The first book introduces Sophie, a modern college freshman in the Pacific Northwest, who's treated to a brief but startling visit to the spirit world, and finds out she was the goddess Persephone in a past life. She strikes up a tentative friendship with Adrian, the mysterious guy who took her there, and soon her dreams and waking life are flooded with memories going all the way back to Bronze Age Greece. It's a retelling of the myth of Persephone and Hades, but cast as a love story rather than its traditional kidnapping story.

I was inspired to write it because that was the myth that stuck with me the strongest when I was perusing my copy of D'Aulaires' Book of Greek Mythology as a kid--land of the dead, an impromptu marriage, her mother going nuts, crazy stuff happening to the seasons! It's the kind of myth you can say so much about, because it wraps up a lot of issues within it.

So in the subsequent two volumes of my trilogy, the danger increases as Sophie and Adrian and their allies clash with a vicious anti-immortal cult. And we also unfold the stories of some other Greek gods, who have been reborn into modern bodies too. It involves many love stories and family problems, and lots of adventure and magic. 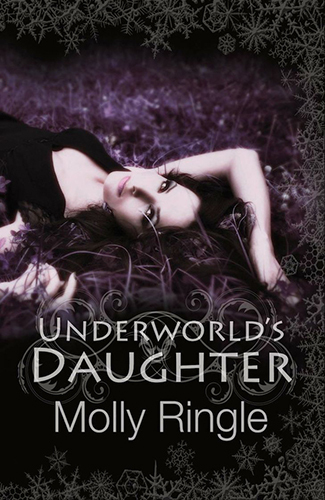 Second in the series: Underworld's Daughter.

PS: Would you call your series a "retelling" of one of the Greek myths? Do I have to have a solid foundation in Greek mythology to understand this series?

MR: I would say the trilogy counts as a "retelling" of the Persephone and Hades myth (and some other Greek myths too), though with many liberties taken and changes made. In one of the afterwords I call it "Greek god fan-fiction." It ought to be accessible even to those who don't know the mythology, but it has several fun bits of symbolism and other hat-tips in it for those who do know it.

PS: Did you do a lot of research for this series? Did you go back and read all the old Greek myths? With these stories being your own fiction, obviously you could do whatever you wanted; your stories didn't have to stay true to the old myths. How did you decide how closely you wanted to parallel the original tales?

MR: I haven't read all the myths--there are a lot of old sources out there!--but I did read more of them than I had ever read before. I figured I should know the existing material fairly well before I changed it all up. I read a lot of modern translations of various ancient sources (I do not speak Greek myself, ancient nor modern), and I consulted theoi.com frequently, which is an amazing site that cross-references just about every Greek mythology deity or figure ever known. Turns out the different versions of the myths sometimes contradict each other, so in changing the stories to my liking, I was pretty much only doing what every other myth-teller had ever done in the past. And I did change them a lot. Faithfulness to the myths wasn't really my main aim; telling a good story was. My method was to use the myths as an inspiration, and to be more or less true to the character of each god (as far as we can infer such things), but beyond that I let the story go wherever it needed to in order to satisfy me. 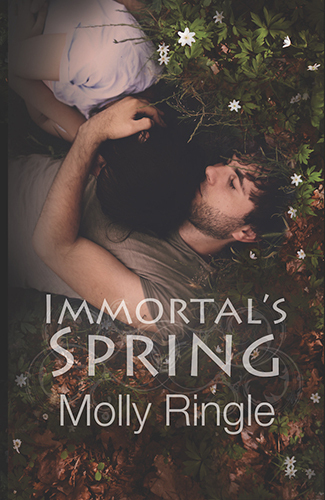 Third in the series: Immortal's Spring.

PS: As a writer, I often think about the idea that "every person is the protagonist of his or her own story." Do you agree? How do you get inside your antagonists' heads in order to make them more real to your readers?

MR: Antagonists are so hard for me! I know that in real life people do sometimes commit acts like murder or torture, or believe wholeheartedly in genocide or the scary methods of some cult. But it's very hard for me to wrap my mind around why they think they're justified in doing those things, and I don't like trying to get into that headspace. Still, I give it my best shot, and I humanize my antagonists at least a little by giving them, say, fondness toward a family member or lover, or a willingness to compromise every so often, or a harmless opinion the rest of us can agree with.

As for whether the protagonists are basically me: I think a lot of them do have at least some traits I possess. But they usually get features I don't have, too; such as notable bravery, or being fond of loud parties, or pursuing some profession that I never have and probably never will. (Sidenote: I rarely have my characters be writers. I know it works for Stephen King and many others, but it just feels too much like self-insertion for me somehow.) 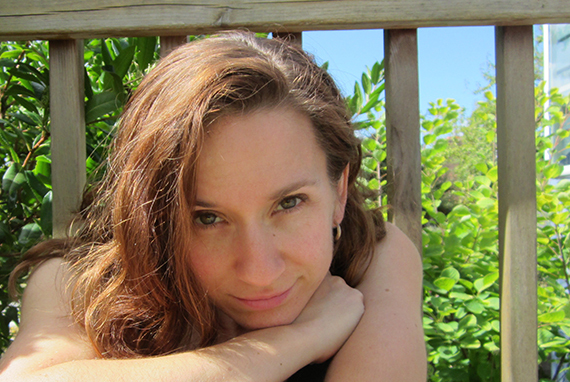 Molly at home in Seattle.

Wait! There's more Q&A! How does Molly develop her characters? What is her writing process? All this and more is covered in the rest of the interview with Molly here!