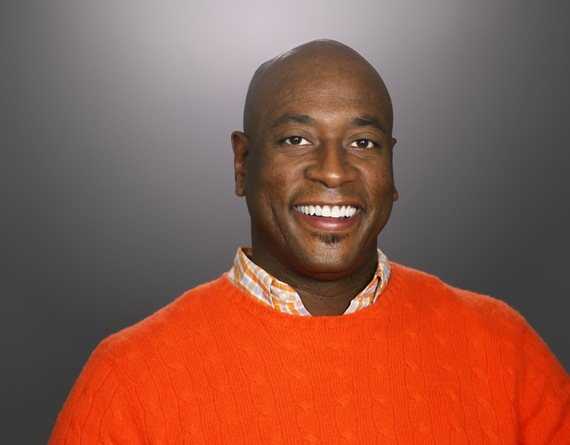 I recently had the opportunity to sit down with television producer and director Randall Winston, who spoke about his recently shot Rob Lowe pilot, Lupus, and being openly gay in Hollywood.

Robert Gagnier: Your career in Hollywood up to this point is well documented, with shows such as Scrubs, Spin City, and Cougar Town all being definite successes. Some fans may not, however, know about your current role on the Board of Directors of the Lupus Foundation of America. Could you comment on what that role entails. What motivated you to join the organization, and how you feel about some of the current research that is being done in that field?

Randall Winston: Sure. I was honored to be asked by Sandra C. Raymond, the President & CEO of the Lupus Foundation, to be a National Board Member. Lupus has been in my family for most of my life, since my sister was just a 16-year-old girl. She was diagnosed with lupus, which is a chronic inflammatory disease that occurs when your body's immune system attacks your own tissues and organs. It can take on many forms, but affects mostly women of color and has been underrepresented for a long time. Many women are initially misdiagnosed -- for at least four years -- and millions of Americans are afflicted by this disease.

I have to say, however, that Sandra Raymond has been amazing and these are exciting times. We have gotten new monies infused into research and we are trying to raise awareness. The first drug in some 40-plus years strictly to deal with lupus was approved about a year ago. Many of us can see a day when this drug and others will benefit people who suffer with lupus. But the reality, today, is that when women approach their physicians with varying conditions and symptoms, having more awareness, they will hopefully ask their doctor to look for the signs of lupus. So that's important to me and my family and I are excited to be a part of it.

RG: Randall, we often hear the term or phrase, "It's who you know," echoed throughout Hollywood's various mediums. Just how important is the role of relationships in today's Hollywood? And do you think technology and social media have leveled the playing field a bit with respect to someone getting their product out there?

RW: You know, I don't have all the answers to that question. I do go on YouTube, as well as other social outlets, and there does appear to be a bit of a "democratization" of television. So you have these new communities that present new ways to build relationships. But the cream will always rise to the top. People who are talented and do good work may have gotten buried in the old days, but now they have an outlet to get their work out there.

And I have to say that I am impressed with how water seeks its own level. I mean, you'll see talented people find a way, like when something really good on YouTube or another outlet goes viral. I'm shocked by just how many people actually know about it. And it's because they share it with one another. Social media is a fascinating thing. It will be interesting to see how it grows and affects the entertainment landscape.

RG: You mentioned that, regardless of the medium, the cream will rise to the top. What particular attributes and qualities do you look for in a potential staff writer, writer-producer, director, or show runner?

RW: Well, I have to tell you that I like to work in comedy a lot because it is very difficult. Talent is often times seen on the page, itself. You are surrounded by gifted people making real characters who are grinding things out in ways that make you want to read more. You don't want to put the script down -- writers may give you that unexpected joke. And so in my job, what I really seek to do is to work with people who are also grounded... and not those who act like jerks!

I think it's important for me to do the absolute best that I can do as part of a team, because this business is such a team effort. I always hope that people only care about what is best for the show, which is ultimately a sliding scale. By that, I mean I hope that I am not chasing down things that are going to pull money from the screen, or the joke, or steal time from the director. I am always hoping that my efforts are going to the greater good: leaving room for the creative people to do what it is that they do best. We want to make the best product that we can so that the viewers can enjoy it.

RG: You mentioned the phrase, " the greater good." Isn't television production today the ultimate example of a scenario where nothing short of a collective effort on any given production will do? Where the team has to operate at the highest levels in order to meet the demands of what has to be a brutal grind?

RW: Absolutely! There are shows out there that are not for the greater good. I won't mention any names, but I do feel that there is some responsibility to the larger platform. That said, the more segmented the audience gets -- and the more choices the audience has -- we have to work harder to get an audience. And so, yes: It is always a team effort, and having a great team that is like-minded is tough. Trying to get a hundred people to go in one direction is no easy trick. But we know from previous experience that when everyone is on board and working together with one vision, you can accomplish great things.

RG: It's obvious when one looks back at your career that you have been able to parlay a good portion of your passion and vision into reality. You had mentioned that you are currently working on a pilot. Can you give us a sneak peek regarding that project?

RW: I believe I am allowed to comment on it. It's based on a super funny script by Alex Gregory Peter Huyck. It's being directed by Todd Holland and stars Rob Lowe. This is actually one of the very few jobs that I am not doing together with Bill Lawrence. As most of the town knows, Bill and I love working together. I really feel like we are a team as a result of our truly great experiences over the years together. This just happens to be a season where I took on another job. This particular production is an ABC-NBC co-production for NBC Television. It stars Rob Lowe as a former tennis tour doubles champion, who now works as a tennis pro.

RG: When someone looks up Randall Winston on Wikipedia, they may or may not be surprised that you are listed as being openly gay. Why is it that, in 2014, the subject of who is or who may not be gay in Hollywood is still such a delicate one?

RW: I have always been very proud of who I am and have been able to overcome, dodge, and ignore my fair share of obstacles. I believe this is what lies at the root of it: There are people out there who continue to have demons within them and for some reason, at some part of their lives, they were made to feel "less than." That could apply to gay people, women, and other people of color.
I do actually feel that we are in a day and time where sexual orientation is becoming a much smaller priority. I know a lot of people behind the camera who are open, and I think people like Neil Patrick Harris and Ellen DeGeneres have done a great service to new actors coming along who now know that they can play leading men and women.

Giving people the freedom to be who they are is as important now as it ever was. For example, when there was only one image for blacks on TV -- when there was only "Good Times" -- people of color were starting to wish that all walks of life could be shown. Now, I don't want to speak for my entire community, but I believe that more diversity of roles, both in front of and behind the screen, makes people feel much more comfortable that the opportunity is out there. I can remember when Aresenio first got his talk show. That was the first time America had invited a black man into their living room!

People should come to realize that there are actors who play gay characters that are straight, and vice-versa. I would love to see people's perceptions of what it is to be gay come full circle. It just seems to take a long time. They need to see the strong, upstanding gay characters as well as the flamboyant ones.