In this ongoing series, I talk with thought leaders about ideas in my book Nature's Fortune and trends in the environmental movement. 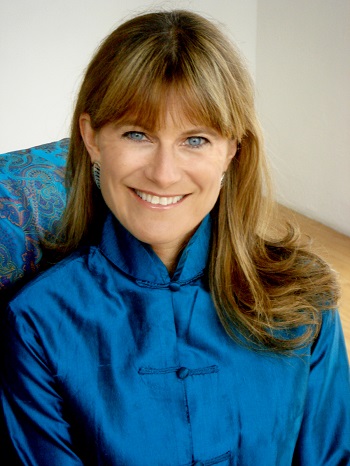 Next is my conversation with Acumen's Founder and CEO Jacqueline Novogratz, who left a career in international banking to find new ways of tackling poverty.

Mark Tercek: We both started our careers as commercial bankers. What inspired your career shift?

Jacqueline Novogratz: As you know, I started my career at Chase. I loved nearly everything about banking -- how numbers could tell a story and the power of investment as a means to create jobs, to bring ideas to life. What I didn't love was that too often disadvantaged people were excluded from financial services, afraid even to walk into the doors of a bank.

So, back in 1986, I made the decision to explore the potential for building alternative financial institutions. I then moved to Rwanda to start the country's first microfinance bank, to serve those without access to typical financial services. That was the beginning of a new path. In many ways, the work that we're doing at Acumen stands on the shoulders of the pioneers that created the microfinance field.

Mark Tercek: Tell us about your work at Acumen.

Jacqueline Novogratz: Our mission is to change the way the world tackles poverty by investing in companies, leaders and the spread of ideas. We have about $85 million invested in 85 companies that have served 100 million people and created 60,000 jobs.

Like you, we know that the private sector has an enormous role to play in finding solutions where both markets and government have failed historically. So finding new ways to create really robust investment vehicles is critical for us as we move forward.

Mark Tercek: Of course long-term change will also require a new generation of leaders to carry your mission forward. That's an area of focus for us at TNC as well.

Jacqueline Novogratz: If the investments are the crucible of the work we are doing then leadership is our legacy. We are strengthening our work to identify extraordinary young leaders around the world. We have regional programs in East Africa and Pakistan, and we are currently seeking applicants in India for the first time. The idea is to create a cohort of leaders that can come up with solutions for building a world beyond poverty.

And, like The Nature Conservancy, we are also focused on sharing our ideas globally so others can accelerate their impact.

So our top goals are not only about expanding our investment portfolio. More important, we want to build out these companies as real blueprints for change.

Mark Tercek: You advocate for "patient capital" as a key part of that blueprint. Describe what you mean by that.

Jacqueline Novogratz: Think of "patient capital" as taking philanthropy and investing it long-term in those entrepreneurs daring to not only try to make financial returns but rather use the tools of business to solve the social problems of poverty -- in water and sanitation, health, housing, energy, agriculture and education. Places where, as I said before, the markets have historically failed and aid has fallen short.

Our aim is not to seek high returns, but rather to jump-start innovative businesses that improve the ability of the poor to live with dignity. At the same time, in the long run we do aim to see a return of our capital -- proof that the enterprise can grow sustainably.

Mark Tercek: In Nature's Fortune, I argue that focusing on nature as an investment can do a lot of good. In your view, how can we attract more "patient capital" for the environment?

Jacqueline Novogratz: I believe that the environmental movement is actually the pioneer of patient capital, before that term even existed. When I was starting Acumen, I was deeply inspired by many of the financial innovations that I had seen in the environmental field.

For too much of history, we've viewed the world's precious resources -- both environmental and human -- as things to extract, to make the most of in order to maximize their potential. But we've reached a moment where we are beginning to understand how interconnected we are as a world, and that we need a different model.

I think the key to attracting more patient capital for the environment is to find those models where all the stakeholders are thriving together. Together we need to get better at telling the story of why we must be better stewards to each other and to the world in which we live. That's how we create a world where we all have dignity, a world that's truly sustainable.

Mark Tercek: What advice do you have for telling that story better?

Jacqueline Novogratz: At Acumen we talk about "moral imagination" -- having the humility to see the world as it is and the audacity to dream of what it can be.

Humility involves listening to the many stakeholders at the table. If you want people to participate in decisions, it's your job to see them fully, to understand their perspective. If you lecture them or look down at them, they will never want to participate in solutions. Try to understand why they're at the table in the first place and then build solutions that speak to their needs.

At the same time, have the audacity to imagine the world as it could be -- then go out and build it. Too often people view idealists as naïve. It's our job to balance idealism with the pragmatism that makes change happen. As Thomas Edison said, "vision without execution is hallucination."

Mark Tercek: Great advice. I think people too often get discouraged by the challenges in our fields and lose sight of that idealism. What keeps you motivated?

Jacqueline Novogratz: I could not feel more privileged to do this work, but I'd be lying if I said I never got discouraged. A couple of months ago, I had a very tough morning -- two overseas calls before dawn that both involved a really difficult decision. It was painful, and felt like a failure in many ways. But when I shared this with my husband, he simply said, "This is the work you decided to take on." Changing the world is not easy. When I started Acumen, it was with a commitment to do what's right, not what's easy.

What keeps me motivated is the tectonic shifts we're seeing in the next generation's engagement in the big challenges we face. They want to be a part of the solution. It's beyond thrilling to see thousands of young people from over a hundred countries apply to Acumen's leadership programs.

Mark Tercek: I bet you have a lot of inspiring stories.

Jacqueline Novogratz: Just this morning our team meeting ended with a great story from a member of our East Africa Team. Every week, in every Acumen office around the world, our teams share with each other an insight that really stood out from the week. This one was from an incredible young man named Alex Sunguti, who grew up and still lives in one of Nairobi's biggest slums. Alex happened to read my book, and invited me to speak to a group of a hundred people in his neighborhood. From there, Alex and his friends started running TEDx programs in slum across Kenya. He now works in our East Africa Office.

"Recently, I learned that my neighbors had unfortunately lost their unborn baby. They lost the baby on the way to hospital because they had opted to walk, even though the hospital was far away and it was long after midnight. The only available mode of transportation was a cab for 2,000 Kenyan Shillings (or $24) which was unaffordable. I decided to work with the community to find a solution. I brought together the local cab drivers to talk about using their cabs as ambulances at a lower cost during emergencies. We have created a monthly revolving fund that will pay for this service, for which we will fundraise from well wishers."

It's that kind of human potential that I think we have the opportunity to build as a world. And it shows that we all need to be part of bridging the gap between rich and poor.

If stories like that don't inspire me to get up in the morning, I don't know what could.

Prior to Acumen, Jacqueline founded and directed The Philanthropy Workshop and The Next Generation Leadership programs at the Rockefeller Foundation. She also co-founded Duterimbere, a micro-finance institution in Rwanda. She began her career in international banking with Chase Manhattan Bank. Jacqueline currently sits on the advisory board of the Harvard Business School Social Enterprise Initiative, Sonen Capital, the Aspen Institute Board of Trustees, and the board of IDEO.org, and is a member of the Council on Foreign Relations and the World Economic Forum Global Agenda Council for Social Innovation. She also sits on Secretary Kerry's Department of State Foreign Affairs Policy Board. Her best-selling memoir The Blue Sweater: Bridging the Gap Between Rich and Poor in an Interconnected World chronicles her quest to understand poverty and challenges readers to grant dignity to the poor and to rethink their engagement with the world.