In this ongoing series, I talk with thought leaders about ideas and trends in the environmental movement. 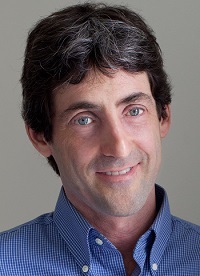 Next in the series is my conversation with Yale professor and author Paul Sabin.

Mark Tercek: Tell us more about the premise of your recent book, The Bet.

Paul Sabin: In The Bet, I use an iconic wager between the biologist Paul Ehrlich and the economist Julian Simon to examine some long-running arguments between environmentalists and their critics since the late 1960s. Ehrlich, author of the 1968 book The Population Bomb, predicted that overpopulation and over-consumption would lead to scarcity, famine, disease and war; Simon argued that market forces and innovation instead would yield abundance, prosperity and better health.

In 1980, Ehrlich (along with two colleagues) made an actual bet with Simon over whether the prices of five metals--copper, chromium, nickel, tin and tungsten--would go up or down over the next ten years. Their bet served as a proxy for their larger dispute about future disaster or prosperity. 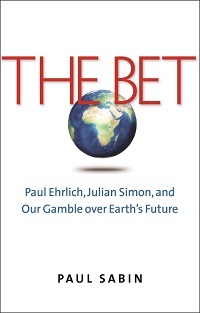 Spoiler alert--Simon won the bet in 1990 after world population grew by 800 million but the metal prices fell by on average by more than 50 percent. Ever since, environmentalists and their critics have argued about what Simon's victory means. Conservatives claim that the bet's outcome shows how environmentalists exaggerate environmental problems, predicting disasters that never come; environmentalists counter that a bet on commodity prices proves little about real environmental threats, and that Simon just got lucky.

What drew me to the topic, in addition to the strong and interesting characters, was the way that this story challenged me, and I hope my readers too, to think through assumptions about environmental change and human progress, and to wrestle with the complex history of environmental politics over the last generation. I argue in The Bet that we need to learn from the insights of both Ehrlich and Simon, rather than simply choose one side or the other.

Mark Tercek: What lessons can the environmental movement learn from Simon and Ehrlich?

Paul Sabin: Well, the environmental movement should be cautious about Ehrlich-style predictions of catastrophe, particularly claims that we face imminent and disastrous shortages of energy or food. Abundance does not decline inexorably to scarcity. In a market system, abundance and scarcity are in dynamic relationship with each other; rising prices stimulate investment and new development, leading to new technologies, discoveries and practices. Ehrlich and many of his peers in the 1960s and 1970s clearly underestimated the pace of innovation and the power of markets to produce food, energy and other resources.

The environmental movement also should be more aware of the legacy of these earlier intellectual battles over population growth and resource scarcity. Many powerful political and economic actors are, of course, greatly responsible for our current climate stalemate. But another factor surely is the massive distrust that conservatives feel towards environmental scientists like Ehrlich who predicted disasters that did not occur as described. Climate change is different from population growth and resource scarcity, but we're still stuck in the ruts of these earlier debates and need to find our way out. I think one way might be to try to listen better and embrace a more nuanced understanding of social and environmental change. I argue in the book that the environmental movement can make a stronger case for action based on our shared social values, rather than on uncertain predictions of societal collapse.

Mark Tercek: If they were to make a similar bet today, what might it be? What outcome would you predict?

Paul Sabin: It turns out to be surprisingly hard to come up with a good subject for a bet. I wrote about this challenge recently in Slate. Essentially, the difficulty lies in finding something to measure that encompasses both human welfare and environmental change. If I had to choose, I'd favor betting on the percentage of disposable income spent on food or energy. These numbers seem like a fairly good barometer for economic progress. They have declined fairly steadily for several decades and I predict, cautiously, that trend will continue.

But, of course, the relative cost of food and energy does not measure how we are transforming the world around us, and whether we are preparing adequately for future threats, such as climate disruption. There is no simple metric that will stand for the big bet that we are making about the future of the planet.

Mark Tercek: Your book suggests that past debates about the environment could get pretty nasty. What's your take on current environmental discourse?

Paul Sabin: There isn't any one environmental discourse right now. At the state and local level, it is quite often possible to achieve broad support for environmental measures. At the federal level, pragmatic efforts to safeguard human health and ensure clean air and water are still widely popular. More abstract and ideological issues, however, such as climate change, are deeply stuck, partly because of the tremendous stakes and long time horizon, but also partly because of divergent world-views, competing values and the widespread distrust that I explore in my book.

Mark Tercek: How can we move past that distrust, and encourage more constructive dialogue around hot-button issues like climate change, GMOs and fracking?

Paul Sabin: To the extent that we can get away from quasi-religious conflicts over whether climate change is happening or the purity of nature and genetic modification, we might be able to find our way to more constructive and pragmatic dialogue. Hydraulic fracturing, for example, is not very different from other extractive industries in American history. The same regulatory and political tools are available for making it less hazardous and more beneficial, and even, in some places, guided by local preferences and conditions, preventing it from taking place.

Mark Tercek: You've said that climate change is not a scientific problem but a social and political one. What do you mean by that?

Paul Sabin: These are the questions that we are struggling with: How should we manage our economy to reduce emissions? How should we address issues of equity and cooperation among nations? What role should governments play in developing a new energy economy? These are not scientific problems. They are, to a great extent, questions of money that center on the relationship between government, markets and society. To address these issues, we need to spend more time studying political economy, social decision-making processes and cultural values.

Put another way, why haven't we solved the climate problem yet? Is it because we don't know enough about the science? I don't really think so. Addressing the problem of climate change requires us to make social and political choices among a range of options and in conditions of uncertainty. Science must inform these choices. But science does not tell us what to do.

Mark Tercek: There's no doubt that population growth puts pressure on the planet. How do you think environmentalists should address this challenge?

Paul Sabin: Simply focus on making family planning resources available, expanding educational opportunities (particularly for women) and supporting equitable economic growth. This is largely the emphasis that many environmentalists have taken in recent years, and I think it's the right path. These policies are all valuable in their own right, and they also appear to be the best strategies for empowering people to choose their own future and the family size that they want--usually smaller.

Paul Sabin: I highly recommend William Nordhaus's Climate Casino: Risk, Uncertainty, and Economics for a Warming World. Nordhaus, who is a leading economist, does a fine job bringing the climate debate out of the realm of abstractions and political polarization to chart a clear-eyed and accessible vision for practical policymaking.

Paul Sabin teaches American history at Yale University. He is the author of The Bet: Paul Ehrlich, Julian Simon and Our Gamble Over Earth's Future (2013) and Crude Politics: The California Oil Market, 1900-1940 (2005). Before joining the Yale faculty, Paul served as founding executive director of the non-profit Environmental Leadership Program. Paul's essays, scholarly articles, and other public interviews can be found online at http://www.paulsabin.com.