Phillippe Diederich is a Haitian-American writer and photographer born in the Dominican Republic and raised in Mexico City and Miami. His short fiction has been published in numerous literary journals and awarded the 2013 Chris O'Malley Fiction Prize from The Madison Review. His debut novel Sofrito has just been released by Cinco Puntos Press. Behind this novel are hours, weeks, months and years of work, part of which I have witnessed. Phillippe is the editor of Viva Fifty! and also, my husband. I admire his drive and persistence in seeing this long project through. His second novel, Playing for the Devil´s Fire, also by Cinco Puntos Press, will be released in February of 2016. 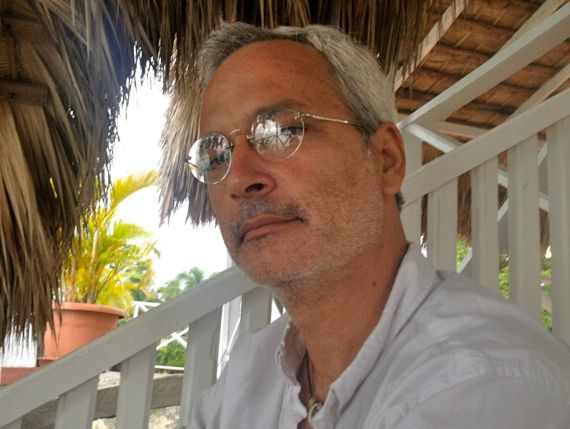 Lorraine C. Ladish.- You published your first book, Sofrito, at 50, how does that feel?
Phillippe Diederich.- Well, it wasn't quite planned that way. Since I wrote the first draft of the novel when I was in my mid thirties, I figured it would have been published long before I turned 50. But when you have the writing bug, you just keep going. So subsequent revisions, years of rejection and more revisions finally came to a head a year ago when Cinco Puntos accepted Sofrito for publication. Still, I feel like a college grad who's just landed his dream job. Even at 50 I feel this finally validates a lot of hard work and sets me on the career path of my dreams, to be a novelist. Better late than never.

Lorraine C. Ladish.- What inspired you to write Sofrito?
Phillippe Diederich.- Cuba. I spent a lot of time in Cuba in the 1990's while I worked as a photojournalist. So the streets of Havana and a number of the characters that made it into the book were fresh in my mind from a decade visiting Cuba. I also lived in Miami on and off between 1980 and 1999. So Miami and my Cuban exile friends were also a big part of what inspired me. Specifically, I had a friend who knew nothing of the ordeal his parents went through at the time of Castro's revolution and afterward. It was hard for me to believe that. My own parents were kicked out of Haiti in 1963 by the dictatorship of Papa Doc Duvalier. I was born the following year and lived with them while in exile in Mexico and later Miami. But my parents were very vocal about their exile. In Sofrito, I try to bridge these different stories of how and why people end up in exile and how it affects them, even the second generation.

Lorraine C. Ladish.- Why should we read it?
Phillippe Diederich.- It's a fun read. My primary goal as a writer is to create compelling and realistic stories. I want to take the reader on a journey. And in this day and age when fewer and fewer people seem to have the time and attention span to read a whole novel, I make an effort to give them something that's really entertaining. Story. For me it's about the story. I've heard from a couple of readers that they had a hard time putting down the book. It's the best compliment for me and my writing because that's what I strive for. People can read it for the mystery, or for the journey into Cuba, to learn about the many polarizing sides of the US/Cuba political issue, they can read it because they're foodies and the book revolves around food as a theme. There are many reasons to read it. 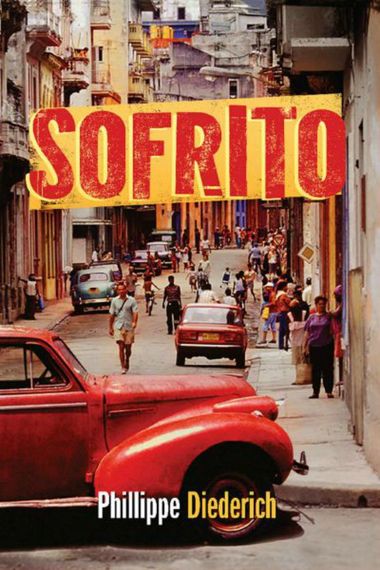 Lorraine C. Ladish.- How long did it take to write the book?
Phillippe Diederich.- It took me about two or three months to write the first draft. I laid out the story, but the book was terrible. Still, I knew I had a story. I was still learning to write so there was a long process of revision. About two or three years later I felt it was done. But it still had a lot of problems. I put the book aside for a few years and then picked it up again and did further revisions and later on more revisions and so on.

Lorraine C. Ladish.- What difficulties did you encounter as a multicultural author?
Phillippe Diederich.- I don't know if the rejection Sofrito encountered had anything to do with being a multicultural author. I did get one rejection where an agent said she didn't know how she would market the book because I was not Cuban. I experienced a lot of rejection, but I believe it's because I started sending the book out when it wasn't ready. I even had rejections from editors and agents who were Latino, so I think it's really about the manuscript more than about me being a multicultural author. That said, I think agents are looking for books that fit perfectly in a slot on a shelf at the big bookstore. And while Sofrito can be categorized as a mystery, it's kind of a literary novel since it focuses on the main character and his own personal journey to discover his heritage.

Lorraine C. Ladish.- What type of discussion could Sofrito elicit in a book club?
Phillippe Diederich.- Sofrito offers a lot for discussion since it is multilayered as a plot. One can discuss life in the streets of Havana, food, Cuba's broken economy, or the main character's relationship with women, love and heartbreak. I hope people will discuss the pain and suffering that comes from living as an exile. To me the book is about how we make choices based on politics and love. There are forces much greater than us out there, and we fall into these places, into these positions that define us for the rest of our lives. I think Sofrito offers a lot in terms of how different people view the US/Cuba political question.

Lorraine C. Ladish.- What would you tell aspiring Latino authors?
Phillippe Diederich.- I would say what I would tell any author: write, revise, persevere. It's a very difficult task to write and get published. I can't imagine it being easy for anyone. It certainly wasn't for me. But I wrote and revised a lot. When I say a lot, I mean I rewrote pages over and over, year after year. And trust me when I say that through the years Sofrito collected perhaps over a hundred rejections. So no, it's not easy. It's about striving to get better, about making your manuscript the best it can be, and about perseverance, about taking rejection in stride. I look back at Sofrito's journey to publication and it would have been quite terrible had it been published in its original form five years ago.