This is a summary of a chapter by the author in "Media and Information Literacy and Intercultural Dialogue" edited by Ulla Carlsson and Sherri Hope Culver and published by the International Clearinghouse on Children, Youth and Media at NORDICOM, University of Gothenburg, Sweden. The publication is available as a PDF here

Qatar-based educators participated in media literacy workshops to learn about becoming more communicative by engaging their students across various platforms and acquiring skills in the use of social media for educational purposes.

"I really enjoyed this workshop that helped expand my horizons regarding media literacy," said Nihal Azmi, one of the participants in the training organized by the Doha Centre for Media Freedom. 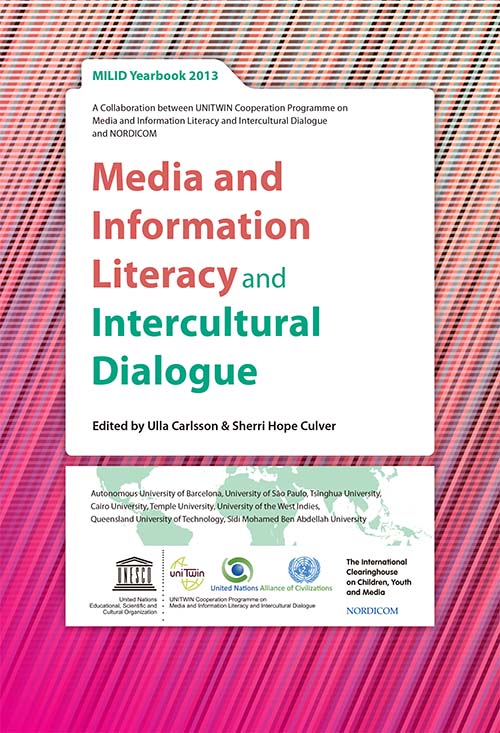 It was a revelation for many of the teachers and school coordinators who participated in the short courses, while others who already used different media and applications felt the training reinforced their abilities and provided them with new perspectives on how to impart knowledge.

The workshops' aim was to explain to teachers how their students consume media, how they can use this knowledge to improve their communication with their students, and how to use today's media as teaching tools in their curricula.

Teachers learned about devices their students use, including smartphones, cross-platform laptops and PCs and tablets, to watch videos, play games, and upload content onto various sites and social media vehicles.

The training I conducted introduced primary-to-secondary school teachers and coordinators to UNESCO's Media and Information Literacy: Curriculum for Teachers, an invaluable reference available in four languages.

The book, aimed primarily at teachers, features the convergence of radio, television, the Internet, newspapers, books, digital archives and libraries into one platform to define media literacy in a holistic manner.

In Qatar and much of the Arab world these concepts take time to gain acceptance. Rote teaching and learning have not yet fully morphed into across-the-board ICT-based methods, in part because of lacking infrastructure and meager physical and financial resources.

Literacy varies from one Arab country to another, which in turn is reflected in the success rates of media literacy initiatives wherever they exist.

In the case of Qatar, the tiny Gulf emirate jumped on the media literacy bandwagon after I presented a paper entitled "Media Literacy: A Tool to Combat Stereotypes and Promote Intercultural Understanding."

I argued that media literacy as a subject was rarely taught in schools in any organized way and was often couched in vague terminology within university courses that failed to address the raison d'être of mass communication tools, their financial support systems, or the various influences that could transform them into weapons of mass deception.

Six years later and countless travels across the region reveal there has been slow progress in implementing media literacy programs in the Middle East/North Africa, and that critical thinking is not embedded in the educational systems of many countries.

But this has not prevented enterprising groups of educators and others from seeking to make a difference by introducing new concepts and methodologies that allow students to think outside the box and empower them to channel their energies into projects that depend on assorted media platforms.

To illustrate how some institutions in the region have put a positive spin on the matter, I used Lebanon's International College (IC) as a case study of a private K-12 school that has incorporated media literacy in all its subjects. 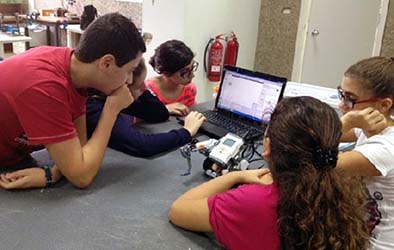 IC's vision is "to inspire the learners of today to be global citizen leaders of tomorrow," the school's Executive Vice President Mishka Mojabber Mourani told me, adding that its mission emphasizes critical thinking that will lead its students to become role models in a global society.

According to IC, a global citizen is one who is able to "read" and use various media that inform people's lives in an effective manner.

Mojabber Mourani explained: "There are several instances of Media Literacy instruction in our curricula. Teachers use print and electronic media to teach students to read between the lines, looking for bias, hidden agendas, and deliberately misleading information. Teachers also ask students to analyze what they are seeing and feeling in terms of audience effect."

During the Doha workshops, I briefed participants on the media's evolution from traditional print and broadcast organizations to online outlets, converged integrated organizations, and social media that are the preferred vehicles for students.

I also stressed the value of functioning in a multilingual, multicultural environment, as well as the importance of studying history, and keeping up with geographical changes in the world.