DOHA, June 24 (Reuters) - The emir of Qatar told his family on Monday he would hand power to his son, al Jazeera reported, preparing the wealthy gas-exporting Gulf Arab country for a highly unusual step in a region where hereditary rule normally means for life.

The U.S.-allied state is geographically small, with 2 million people, but is the world's largest exporter of liquefied natural gas, a global investment powerhouse, a force in international media and a backer of Arab Spring revolts.

The ascent to power of Crown Prince Sheikh Tamim, 33, would provide a stark contrast to other Gulf Arab states whose youthful populations are ruled by kings or princes in their 60s, 70s, 80s and 90s, sometimes with heirs of the same vintage.

Tamim's own father, the emir, Sheikh Hamad bin Khalifa al-Thani, whose ancestors have ruled over the Gulf peninsula country for more than 130 years, is a comparatively youthful 61.

Qataris appeared to take the news in their stride.

"We are not surprised. The Emir has been introducing his son for a long time. Hopefully, it's a good step," said Khalid Mohammed, 21, a Qatari student.

Mohammed al-Kuwari, 35, a member of the Qatari air force, said Tamim taking the top job would not change anything.

"He will continue on the path of his father," he said. "He is young, so he can understand what's going on. He can understand the needs of the people, not like these old guys."

The royal court said in a statement the emir Sheikh Hamad would make a speech at 0500 GMT and Tuesday would be a national holiday.

Qatari-owned Al Jazeera television said the royal court had invited Qataris to come and swear allegiance to Sheikh Tamim as the new emir on Tuesday and Wednesday.

Qatari political analyst Mohammed al-Misfer told Al Jazeera he did not expect major changes in the event of a handover, adding that Sheikh Tamim was already involved in running the country under his father's direction.

Diplomats said earlier this month that the emir was considering an orderly transfer of power that would probably begin with the departure of the powerful prime minister and foreign minister, Sheikh Hamad bin Jassim al-Thani, 53.

Arab and Western diplomats said they understood the motive was the emir's desire to have a smooth transition to a younger generation. Such a transition would be unusual for Gulf Arab states, where leaders usually die in office.

Sheikh Hamad bin Jassim has been prime minister since 2007 and has played a central role in positioning Qatar as a regional power broker. He is also vice-chairman of the board of the Qatar Investment Authority (QIA), a position he is expected to retain. QIA has estimated assets of $100 billion to $200 billion.

Widely seen as a savvy dealmaker, Sheikh Hamad bin Jassim has personally negotiated some of the sovereign wealth fund's most high-profile investments, and held talks with Glencore's chief last year when the fund demanded better terms for backing Glencore's acquisition of Xstrata. The companies eventually merged to create Glencore Xstrata.

The emir has elevated Qatar's international profile in recent years through the launch and development of the Al Jazeera television network, as well as its successful bid to host the 2022 soccer World Cup tournament.

Qatar has played a substantial role in promoting Arab Spring protests, lending significant support to rebels who toppled and killed Libyan leader Muammar Gaddafi in 2011 and to a continuing uprising against Syrian President Bashar al-Assad.

It has also played host to a delegation of the Afghan Taliban, which opened an office in Doha last week in preparation for expected talks with the United States about how to end a 12-year-old conflict in Afghanistan.

PUNCHING ABOVE ITS WEIGHT

Other political crises and wars that Qatar has tackled include Yemen, Somalia, Lebanon, Darfur and the Palestinian territories, often arranging for peace talks on its own soil to show it can punch above its weight in international diplomacy.

Eman Ebed Alkadi of the Eurasia Group consultants wrote that she did not expect Qatari domestic priorities or its foreign policies to change significantly with a change of ruler.

National budgets had been agreed up until 2016-2017, Alkadi said, and with preparations for the World Cup in full swing, much change in domestic momentum was unlikely.

When he took power at age 44, the emir was among the youngest leaders in the region. Viewed as less aloof than other Gulf Arab monarchs, he could often be found at his favourite café in Doha's souq, talking with the patrons.

Revenue from gas exports helped fund a string of high-profile purchases by the sovereign wealth fund, including the acquisition of London department store Harrods as well as stakes in oil majors Total and Shell. (Additional reporting by Ahmed Tolba, Amena Bakr and Yara Bayoumy; Writing by Sami Aboudi; Editing by William Maclean and Michael Roddy)

PHOTO GALLERY
The Next Emir Of Qatar 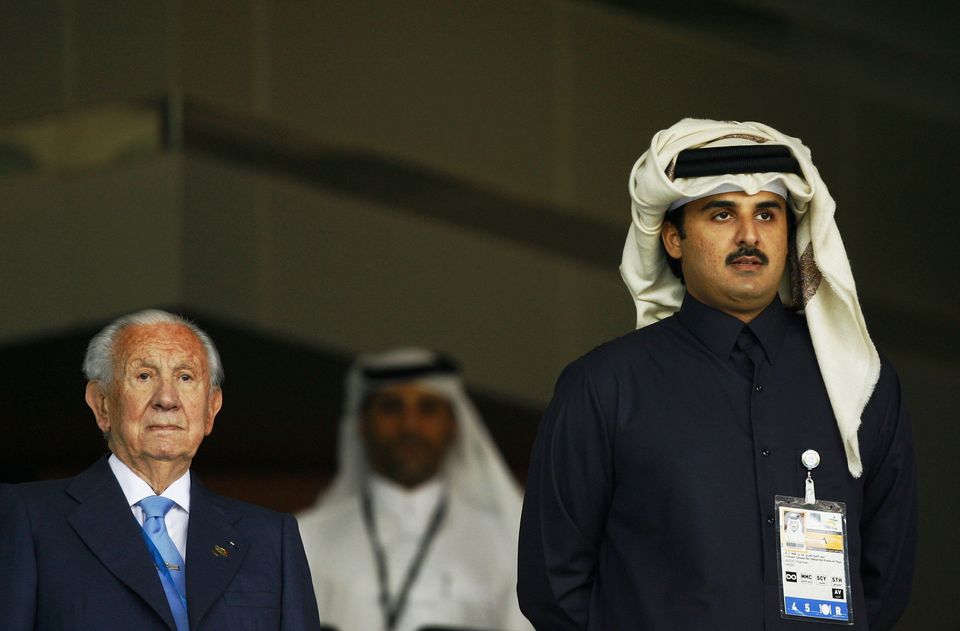