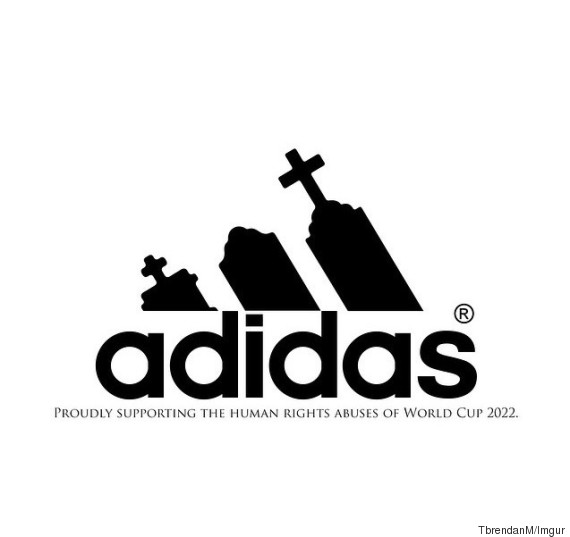 Preparations for the 2022 World Cup, to be held in Qatar, may have already cost at least 1,200 people their lives, even though the event itself is still seven years away. If current trends continue, nearly 4,000 people will die constructing stadiums by the time the World Cup actually begins -- a shocking 62 people per game played, according to a report by the International Trade Union Confederation.

Migrant workers building World Cup infrastructure have allegedly been forced to work up to 12 hours a day, seven days a week in blistering summer temperatures of 110 degrees Fahrenheit or more, according to an Amnesty International report. Many workers are said to be living in "squalid" conditions, with employers holding on to their identification cards and exit visas and treating the workers themselves "like animals."

The competition and its sponsor, FIFA, have already come under intense scrutiny due to allegations of bribery and human rights abuses. Fourteen senior FIFA officials were indicted on Wednesday for racketeering conspiracy and corruption, and although Qatar was cleared of corruption allegations last year, Swiss authorities have announced investigations into both Qatar's and Russia's World Cup bids. FIFA has said that neither hosting invitation will be rescinded.

Qatar has promised reforms amid the damning reports, but the government has thus far mostly failed to deliver. Meanwhile, four of FIFA's primary sponsors -- Sony, Adidas, Visa and Coca-Cola -- have called for investigations into the allegations, but none have pulled out of the World Cup.

As the controversy continues to grow, dozens of illustrators have come together to shed light on the issue. Many of them posted "anti-logos" on Reddit to protest the major sponsors still attached to the World Cup. The art and design blog Bored Panda has compiled some of the best of these images. 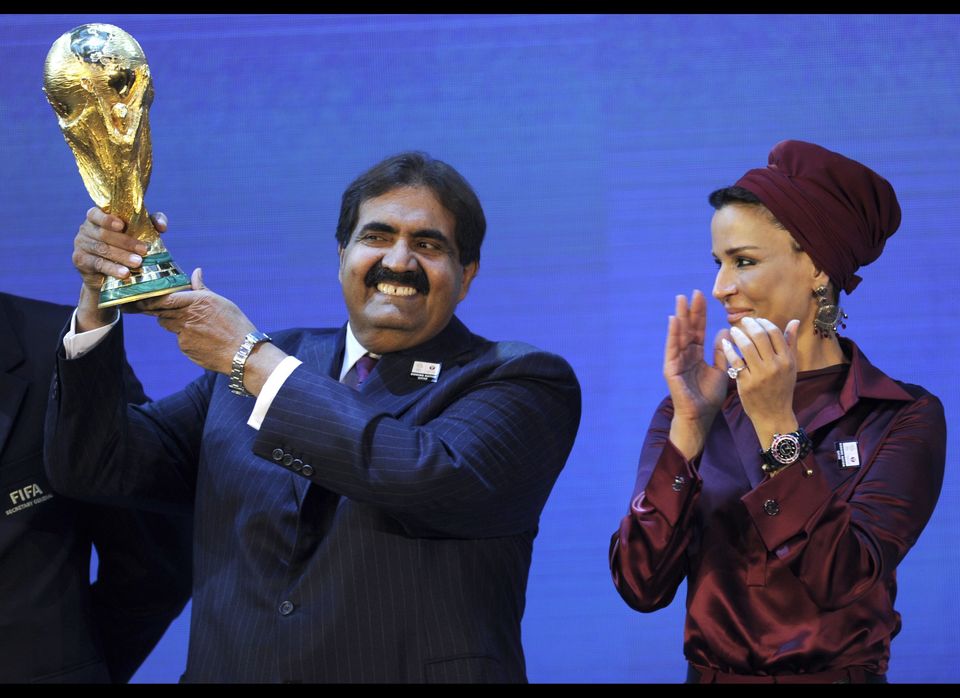 1 / 8
Government
Sheikh Hamad bin Khalifa Al Thani is the current ruling Emir of the State of Qatar. <a href="http://www.forbes.com/2008/08/20/worlds-richest-royals-biz-richroyals08-cz_ts_0820royal_slide_8.html?thisSpeed=15000" target="_hplink">According</a> to <em>Forbes</em>, he became ruler in 1995 after ousting his father in a bloodless coup, and is worth an estimated $2 billion. He is seen as progressive in relation to other Persian Gulf rulers, particularly in regards to his pursuit of dialogue with Israel.
Getty