Qatar, the tiny but wealthy state in the Persian Gulf that will host the 2022 FIFA World Cup, announced a series of major reforms on Wednesday, which could put an end to the oppressive “kafala” labor system that international trade unions and human rights groups have long likened to “modern day slavery.”

The package of reforms, according to Qatari state media and labor groups, will establish new protections for Qatar’s migrant workers, including instituting a minimum wage that will no longer discriminate based on race and creating workplace committees with elected labor representatives.

The most significant change, however, may be new rules that will allow Qatar’s roughly two million migrant workers, who make up 95 percent of its labor force, to change jobs or leave the country on their own, without approval from their employer. That sort of control over workers is a defining aspect of Qatar’s “kafala” system, as it binds migrants from India, Nepal, Sri Lanka and various African countries to employers that have near-absolute power over them.

The reforms will “meet the necessary needs of the worker to live at an appropriate humanitarian level,” Dr. Issa Saad Al Jafali Al Nuaimi, the Qatari minister of labor affairs, said Wednesday, according to the state-run Qatar News Agency.

And for once, one of the country’s most vocal critics agreed.

“This is a genuine breakthrough, and signals the end of kafala,” said Sharan Burrow, the general secretary of the International Trade Union Confederation, which has pushed Qatar to modernize its labor system for more than five years and helped negotiate the new reforms.

Global scrutiny of Qatar’s labor system began to intensify in 2010, when FIFA, international soccer’s governing body, awarded the country the right to host the 2022 World Cup. The next year, French soccer player Zahir Belounis was prohibited from leaving the country amid a contract dispute with his club, launching a two-year escape saga that highlighted the horrors of the country’s labor regime.

Human rights groups and international unions said that the persistence of the “modern day slavery” system could lead to the deaths of up to 4,000 migrant laborers working on World Cup-related projects by the time the tournament actually began.

Qatar has failed in previous attempts to address that criticism. In 2014, it announced a series of reforms that officials claimed would end the “kafala” system. But human rights groups and labor organizations like ITUC quickly dismissed what they saw as “cosmetic” changes that would still fail to protect workers.

They have continued to push for reform. In March 2016, all 231 workers interviewed by a researcher from Amnesty International said they had faced abuses ranging from forced labor to the confiscation of their passports to “squalid living conditions.” The next month, a Harvard report called on FIFA to relocate the World Cup if Qatar did not institute substantial reforms to protect workers.

As recently as December, Amnesty International warned that Qatar’s labor rules would continue to put workers’ rights and health in jeopardy. While in September, Human Rights Watch called on the country to institute policies to protect construction workers from the desert nation’s “intense heat and humidity.”

Qatar, meanwhile, is still facing potential sanctions from the International Labor Organization, a United Nations agency that in 2016 gave the country a year to end forced labor.

While Burrow and ITUC hailed Qatar’s announcement, others who have pushed for reforms are more hesitant to proclaim the death of “kafala.”

“These [reforms] have a clear potential to have a positive impact on migrant workers’ lives depending on how they’re implemented,” Amnesty International spokesperson Sara Hashash said in an email. But, she added, “I’m afraid we’re not able to assess the significance of all the developments being welcomed by other organizations until we’ve seen the full details of the government’s commitments.”

“In principle it seems to be a positive step,” said Mustafa Qadri, a human rights researcher who interviewed migrant workers in Qatar for Amnesty in 2015. “As ever, however, the devil is in the detail. We need to see the details of this proposal: what is Qatar’s long term game plan to eradicate modern slavery and other abuses?”

Burrow acknowledged that the new reforms will take time to implement and that Qatar’s labor system will not change overnight. But she is “confident” that the policies ― which also mandate government issuance of identification cards, oversight of employment contracts and a new grievance process for employee disputes, according to an ITUC release ― will finally succeed in protecting workers. She emphasizes this is is particularly because the ILO will help provide support the development and implementation of the rules.

“For all workers who are associated with the infrastructure necessary for the World Cup, it will mean a change from a system of modern slavery to normalized industrial relations,” Burrow told HuffPost. “For those specifically working on the World Cup, it gives them confidence that the promises that have been empty to date...will in fact have some legal teeth behind them.”

FIFA has maintained it is committed to workers’ rights but has faced its own criticism and legal challenges over its failure to pressure Qatar to reform. The international soccer governing body did not specifically comment on the new reforms. Though a spokesperson pointed to a previous statement that it “recognises its responsibility to address human rights risks” associated with its events.

FIFA, the spokesperson said, “will continue to engage with the Qatari authorities to build on the initiatives put in place for the 2022 FIFA World Cup and help raise the bar in regards to labour standards across the country.”

Though ITUC will no longer request that the World Cup be moved from Qatar, Burrow said FIFA should claim no credit for the potential abolition of the “kafala” system. 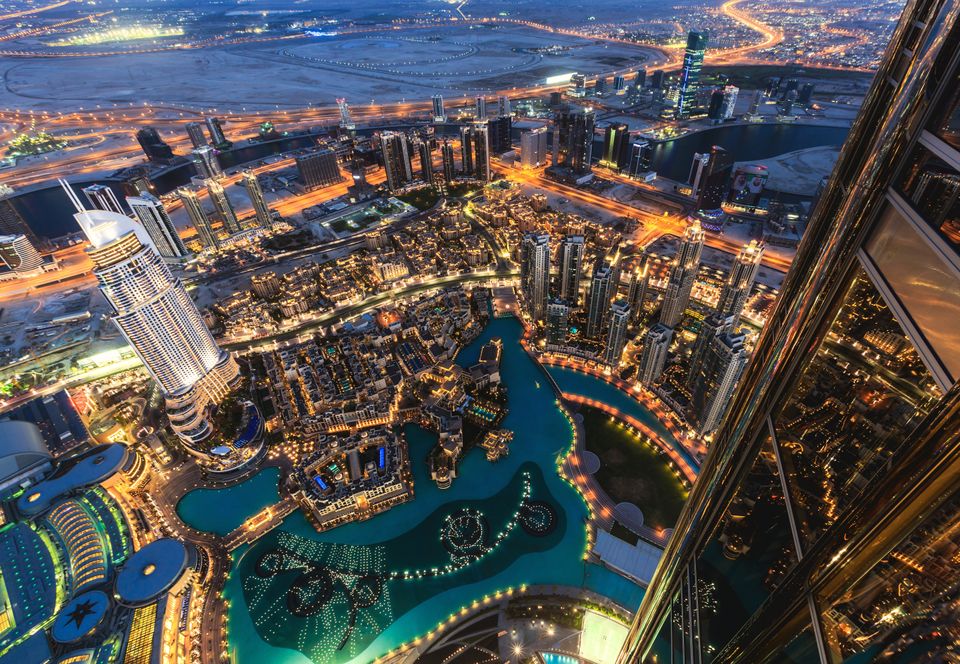