Sixty years after Watson and Crick first described the two-stranded "double helix" structure of DNA, scientists at the University of Cambridge now report that they've found four-stranded "quadruple helix" DNA in human cells -- and say it may prove helpful in the fight against cancer.

The unexpected discovery, the result of a decade of research, is described in a paper published this week in Nature Chemistry. 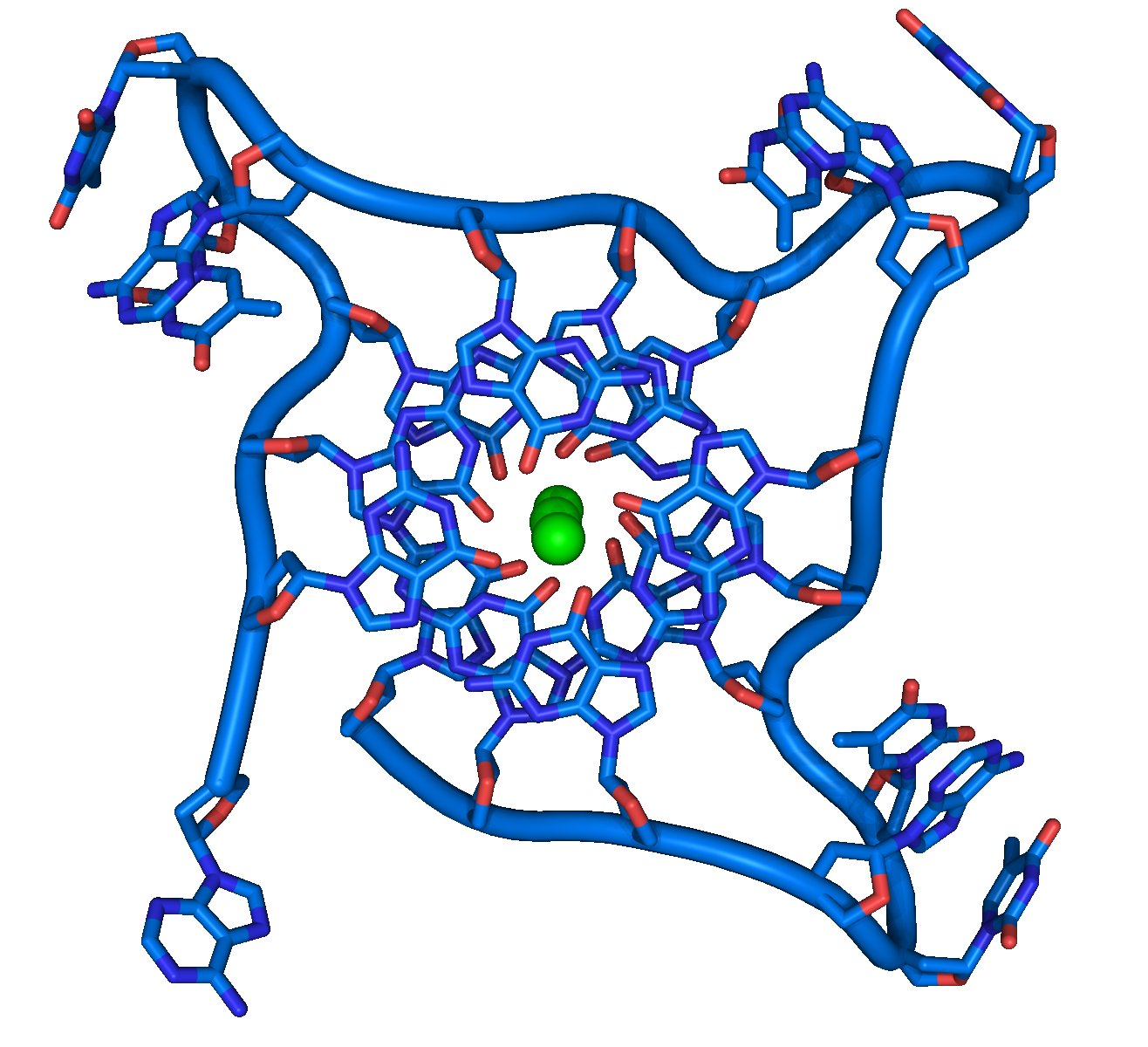 In the paper, the researchers explain that four-stranded DNA -- dubbed the "G-quadruplex" after the building block guanine, one of the chemical bases that make up DNA molecules -- seems to be closely linked to DNA replication and cell division. Because of that, they argue, G-quadruplex DNA may play a role in the development of cancer.

"The existence of these structures may be loaded when the cell has a certain genotype or a certain dysfunctional state," study co-author Shankar Balasubramanian, professor of chemistry at the university, told the BBC. "We need to prove that; but if that is the case, targeting them with synthetic molecules could be an interesting way of selectively targeting those cells that have this dysfunction."

Balasubramanian and his colleagues believe their discovery may help make it possible to stop the "runaway cell proliferation at the root of cancer," according to Phys.org. The idea would be to target quadruplexes with "synthetic molecules that trap and contain these DNA structures -- preventing cells from replicating their DNA and consequently blocking cell division," according to Phys.org.

However, the scientists say that much about four-stranded DNA remains a mystery.

“There is a lot we don’t know yet. One thought is that these quadruplex structures might be a bit of a nuisance during DNA replication -- like knots or tangles that form," Balasubramanian said of the discovery, according to a statement released by the university. “Did they evolve for a function? It’s a philosophical question as to whether they are there by design or not -- but they exist and nature has to deal with them. Maybe by targeting them we are contributing to the disruption they cause.”

As the Cambridge website notes, this is not the first time that scientists have considered the existence of quadruplex DNA. In fact, studies over the past two decades have shown that the four-stranded DNA structure can form in test tubes. However, such an occurrence had not yet been observed in living human cells.

By building on previous research, however, the scientists behind the new research have confirmed for the first time that these complex structures can be observed in human DNA. The scientists, whose research was funded by Cancer Research UK, say they first worked with hypothetical and computational models, and they conducted synthetic lab experiments before finally identifying, using fluorescent biomarkers, the quadruplex in human cancer cells.

“This research further highlights the potential for exploiting these unusual DNA structures to beat cancer -- the next part of this pipeline is to figure out how to target them in tumor cells,” Dr. Julie Sharp, senior science information manager at Cancer Research UK, said in a statement posted on the university website. “It’s been sixty years since its structure was solved but work like this shows us that the story of DNA continues to twist and turn.”