Oh my god, quadruple rainbow all the way.

The man who cried his eyes out at the sight of a double rainbow at Yosemite National Park might need to get a new box of tissues -- a woman in Long Island, New York, got a beautiful shot of an incredibly rare quadruple rainbow this week.

Some experts are saying that the photo doesn't show a quadruple rainbow, but reflections off of a body of water that happen to show four arcs. The Associated Press reports:

"What happened this morning in New York was quite a different phenomenon," Masters said in an email. They are reflections off of a water body, when the light bounces off a bay and then heads back through the droplets again, the experts said. These are called reflection rainbows, unusual but not oh-my-God.

The quadruple rainbow phenomenon is extraordinarily rare. In 2011, LiveScience reported that only five third- and fourth-level rainbows had ever been recorded in 250 years.

Usually, the third and fourth levels are extremely hard to see, because each reflection of the initial rainbow is fainter than the last.

Here's Curtis' rainbow in all its glory: 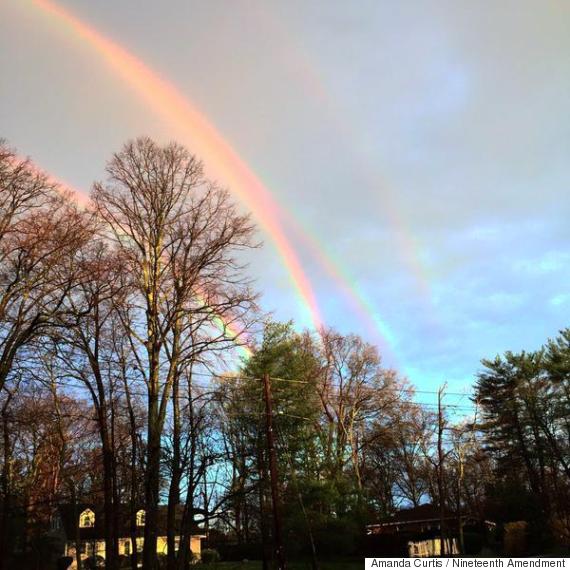 Curtis must feel lucky. But not as lucky as this guy:

This article has been updated with additional information from the Associated Press about the question of whether it is a double or quadruple rainbow.