Don't see it? No worries, you're not alone.

You can see Theusner's photo for yourself, below, and you can check out more of his photography on his website.

The number of reflections degrades the prominence of the rainbow.

By contrast, three reflections inside the drop produces the tertiary rainbow, which are much fainter and so rarely seen - and because those reflections take the light most of the way around the drop, it appears on the same side of the sky as the sun (this also makes it even harder to see).

Four reflections produce the fourth-order rainbow, close to - but even fainter than - the tertiary rainbow. Because this photo is taken into the sun, it must be a third and fourth order rainbow - as Theusner reports [in the latest issue of Applied Optics].

Third-order rainbows are so difficult to see (let alone fourth-order), that in 250 years only five have ever been scientifically reported, according to LiveScience.

If this all doesn't blow your mind, check out some moonbows to be stunned for sure. 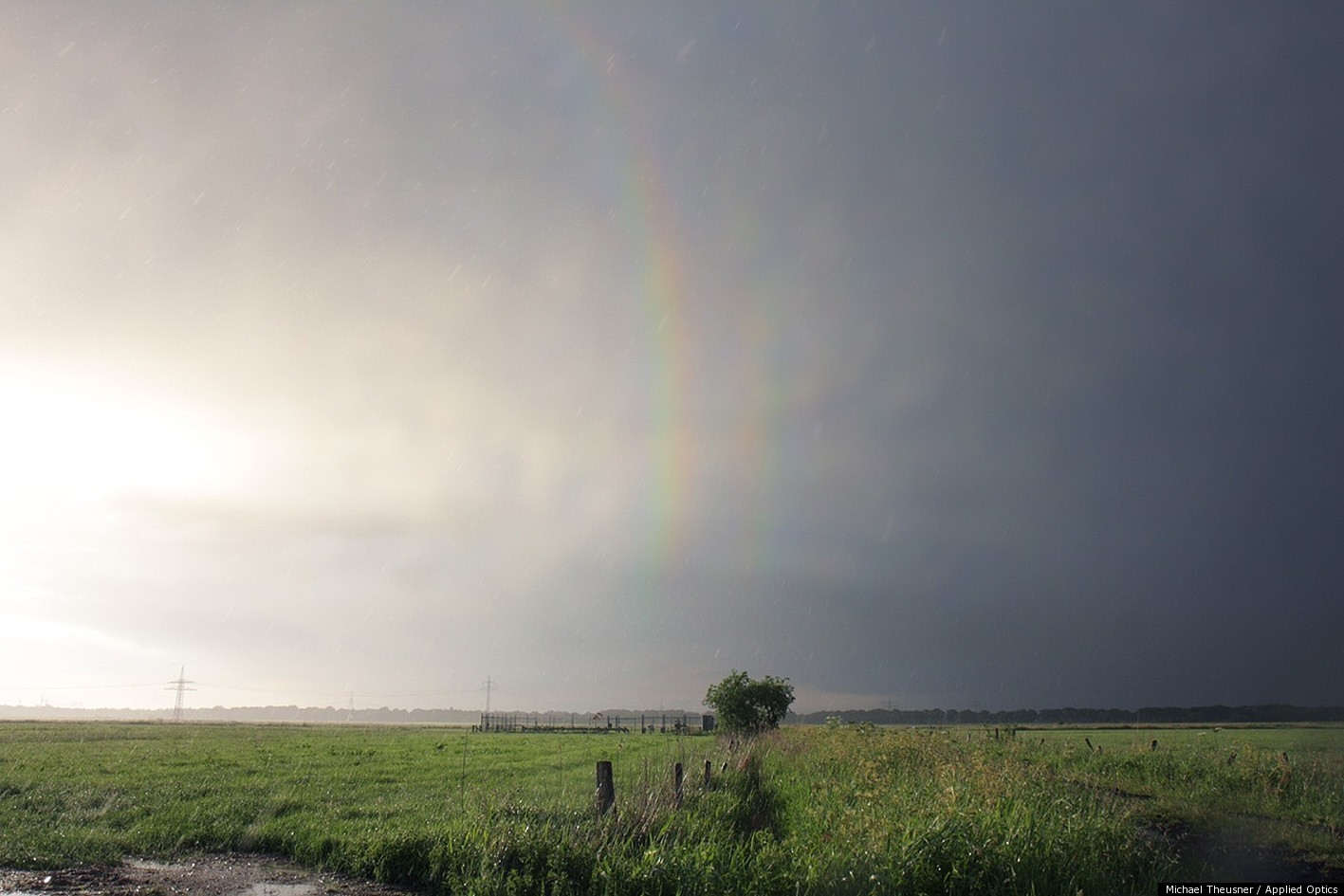