Imagine that two people could get linked in such a way that they could influence each other no matter where in the universe they existed. Now scientists find they can entangle mechanical vibrations in this same way, findings that could help enable quantum computers far more powerful than normal computers.

In the bizarre realm of quantum physics, the particles that make up everything can behave in strange ways. For instance, a particle can apparently exist in two or more places at once, and two or more particles can get linked so they stay in sync instantaneously no matter how far apart they are. Einstein derisively called this seemingly impossible connection "spooky action at a distance" — scientists nowadays give it the name quantum entanglement.

Researchers have previously entangled particles such as atoms, electrons and photons. Now scientists have entangled mechanical vibrations within a microscopic drum. [Wacky Physics: The Coolest Little Particles in Nature] 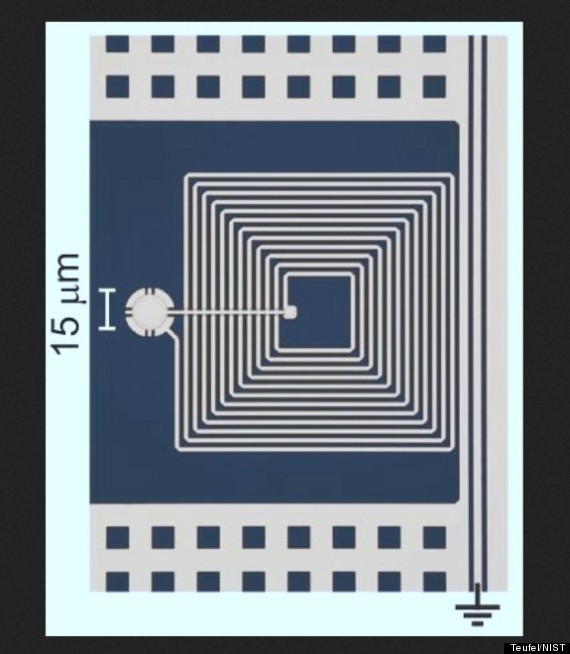 Researchers have demonstrated that a micro-drum (shown here in a colorized image with a circuit) might be used as a memory device in future quantum computers.

"Entanglement is the distilled essence of the strange behavior associated with quantum mechanics," researcher Tauno Palomaki, a physicist at the National Institute of Standards and Technology and the University of Colorado, told LiveScience. "What is most exciting to me is that we can see this behavior in an object much different than those usually associated with quantum mechanics such as an atom or photon. Our mechanical oscillator is a much more tangible object."

For the new study, Palomaki and colleagues devised an aluminum drum 15 micrometers wide, about a sixth the width of an average human hair, and only 100 nanometers thick, or 1,000 times thinner than an average human hair. The researchers kept it cooled to a temperature just 20 thousandths of a degree above absolute zero, to keep heat from vibrating the drum in uncontrolled ways.

The researchers hooked this drum up to an electromechanical circuit that made it vibrate about 10 million times per second. An electrical signal then caused the drum's motion to become entangled with another electrical signal so that the vibrations matched each other in such features as the strength of fluctuations.

Entanglement has technological uses. For instance, entanglement is key for quantum computers that can, in theory, solve certain problems far beyond regular computers, and for quantum teleportation of data from one place to another.

"If one could build a computer that used the quantum property of entanglement, it could solve certain problems more rapidly than any conventional computer. Likewise, if two people can use entanglement when they communicate, the laws of quantum mechanics guarantee that their link is known to be secure against an eavesdropper," Palomaki said. "Both applications require the ability to generate and store entanglement, something that our result has simplified."

The drum stored quantum entanglement in the form of vibrational energy for at least 10 microseconds. This ability to store entanglement for a brief time suggests it could help serve as quantum memory in future quantum computers the way memory chips serve in conventional computers.

"Having a quantum memory element allows you to control the timing involved with quantum interactions," Palomaki said.

Besides applications such as quantum computers, scientists want to learn more about the boundary that lies between where quantum physics ends and classical physics begins.

"One of the deep questions in science is if quantum mechanics is the correct description of nature for objects of all sizes, or if there is some as-yet-unknown principle that sets a maximum size for an object to behave quantum mechanically," Palomaki said. The microscopic drum could help scientists probe this question, he said.

The scientists detailed their findings online today (Oct. 3) in the journal Science. 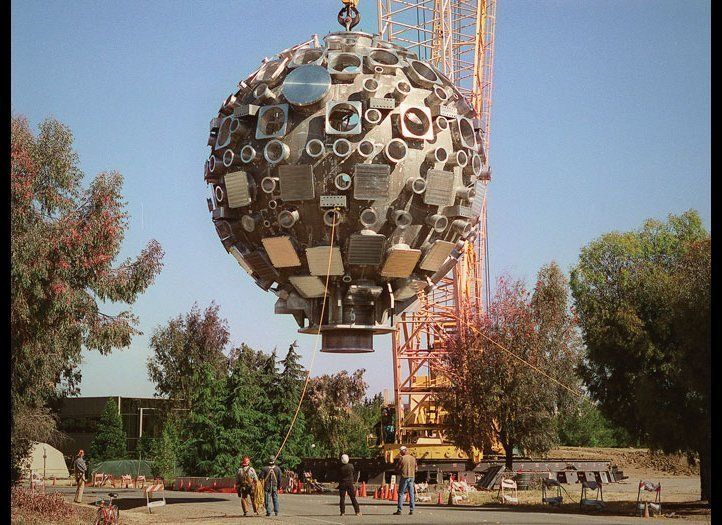