Astronomers have discovered a reservoir containing 140 trillion times the amount of water in all the Earth's oceans, making it the largest mass of water ever detected in the universe.

"The environment around this quasar is unique in that it's producing this huge mass of water," Matt Bradford, a Caltech visiting associate and NASA scientist said in a press release. "It's another demonstration that water is pervasive throughout the universe, even at the very earliest times."

Quasars are extremely luminous and compact galactic nuclei fueled by a central and supermassive black hole.

This quasar holds a black hole that's 20 billion times more massive than the sun, and after gobbling down dust and gas it belches out as much energy as a thousand trillion suns. The water vapor is spread around the black hole in a gaseous region spanning hundreds of light years.

Regarding light years, the quasar's incredible distance from Earth reveals an age when the universe itself was a youthful 1.6 billion years old. At roughly 12 billion light years away, it's also the farthest water reservoir ever discovered.

In other quasar discovery news, another group of European scientists recently pinpointed the largest and most distant quasar in the universe, located approximately 13 billion light years from Earth.

Scroll past video to view an artist's interpretation of the massive quasar, compliments of NASA. 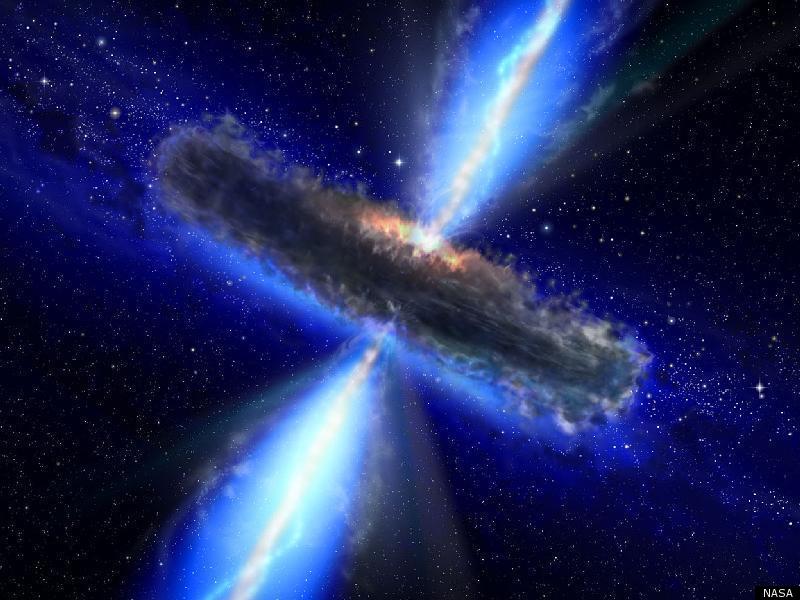