Queen Elizabeth II and the Duchess of Cambridge took a preview tour of Buckingham Palace's royal wedding exhibit on Friday.

And in what was probably a "you had to be there" moment, the Queen exclaimed to her granddaughter-in-law, "Horrid, isn't it? Horrid and dreadful!"

As the Telegraph and Us Weekly both recount, it was the installation of Catherine's dress and veil that elicited the strong remarks -- the dress is displayed in a dark and gloomy fashion with the veil and tiara hovering ominously above.

While the Telegraph takes the monarch at her word, adding, "It appeared the mannequin's lack of a head may have perturbed the Queen," Us Weekly says she was just joking, explaining, "The Queen, 85, showed where her grandson William, 29, got his wicked sense of humor."

Well, we'll side with Us on this one. After all, keeping the mood light is a good way for the Queen and Catherine to bond. That's one reason Prince William and Catherine are vacationing in Balmoral in August, taking the Queen up on her formal invitation to The Firm's Scottish retreat.

Take a look at photos of the pair on Friday. And head over here for a preview of the entire exhibit. 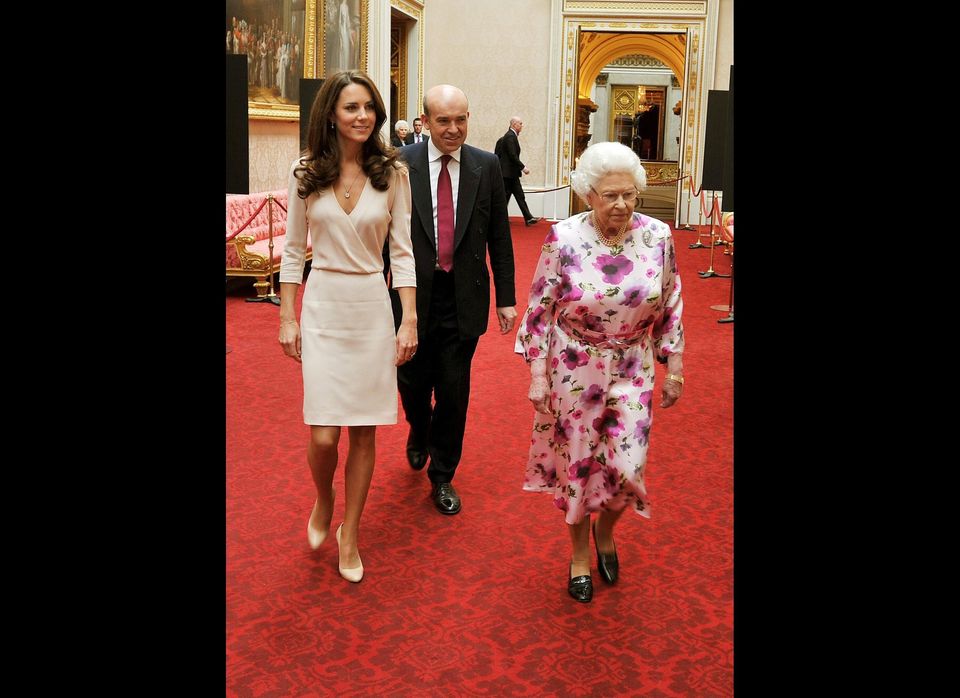