It was royal twinsies day in Europe on Tuesday as both Queen Elizabeth II and Princess Charlene donned similar khaki looks, countries apart from each other. Is there some kind of regal fashion ESP?

In London, Her Majesty greeted the one and only Olympic torch at Windsor Castle today. Carrying an unopened umbrella, the queen wore one of her trademark hats and topped her ensemble with a khaki trench coat that definitely had a cape-y vibe to it. Chic!

And over on the continent, Princess Charlene of Monaco and her husband Albert II headed to Stuttgart, Germany, to tour a museum dedicated to German car manufacturer Mercedes-Benz. (Were they picking out their next hot rod?) The former Olympic swimmer stuck to a flowy dress in her fave color, khaki, after possibly using up all her colorful clothes yesterday, and sported sunglasses on her head.

As far as we can tell, both women met for the first time this year at the Diamond Jubilee lunch, but from the looks of their style senses at least, they'd be fast friends.

Two royal ladies, one khaki trench coat look: who wore it better? Tell us in the comments! 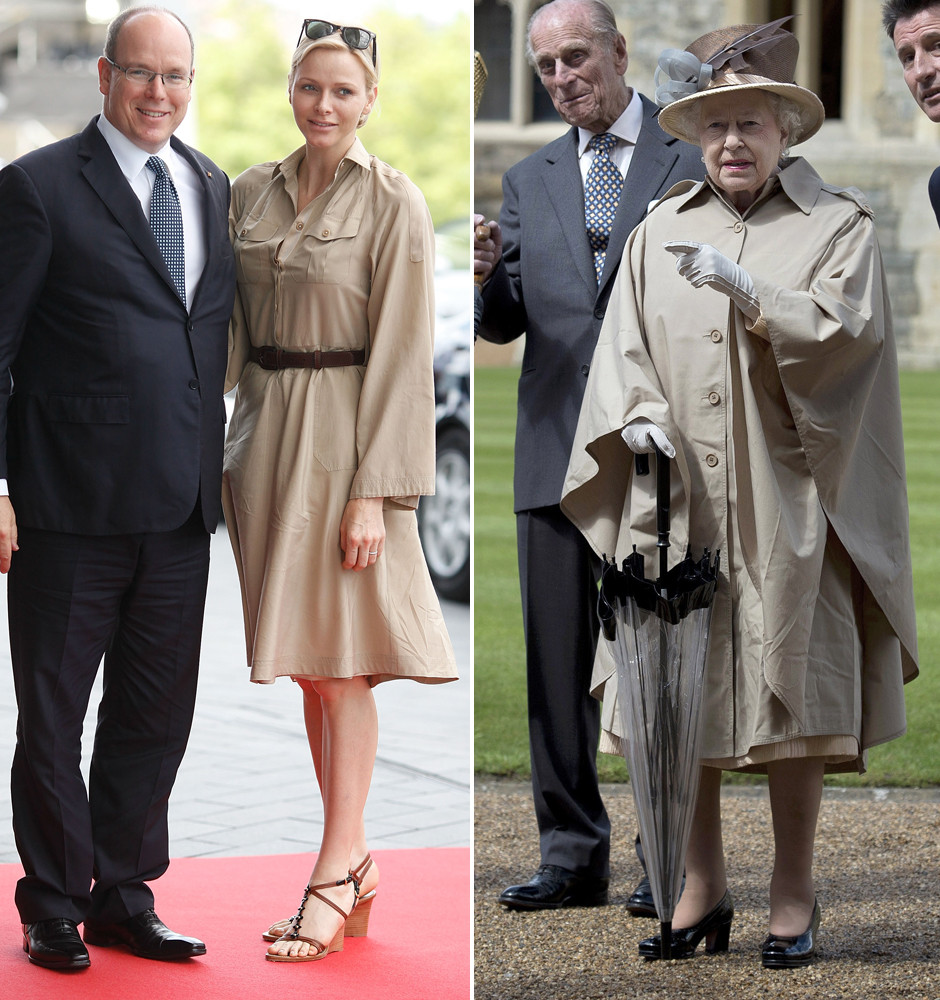 Who Wore It Better?