The Queen is coming.

Tuesday, June 24, Queen Elizabeth II and Prince Philip toured the set of "Game of Thrones" as part of a visit in Northern Ireland, according to Today. They were led around by showrunners D. B. Weiss and David Benioff and got to check out weaponry and clothing, meet cast members like Kit Harington and Lena Headey and even viewed the throne room.

The biggest moment came when the Queen finally saw the Iron Throne. Though she definitely seems like she's contemplating it, in the end she opted not to take a seat. She obviously must've seen a few too many episodes of "GoT" to take that risk.

But if you're wondering what it would look like if the Queen ever did decide to play the "Game of Thrones," Tumblr has you covered. 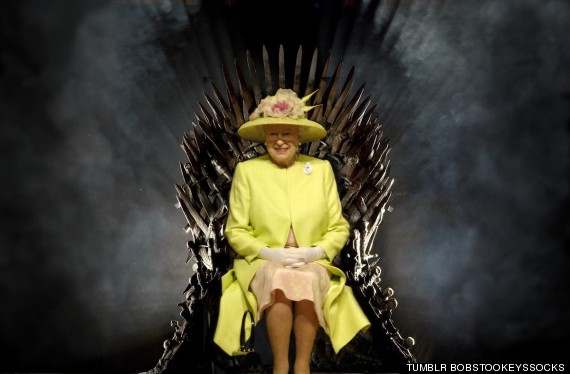 [h/t to Mashable on that one]