Queen Latifah wants hip-hop to know that without women, the genre “suffers.”

During an interview with Hot 97′s “Ebro In The Morning” on Wednesday, the “Girls Trip” actress talked about appearing on the Summer Jam stage in June during Remy Ma’s set alongside Lil' Kim, MC Lyte, Cardi B, Young M.A and other female MCs. Though seen as a collaborated diss toward Nicki Minaj, who is currently at odds with Remy, Queen reassured listeners that the moment was meant to empower women in hip-hop.

The hip-hop legend said she loved the healthy competition but noted that there’s space for more than one female rapper to thrive. She recalled a time not too long ago when Nicki Minaj was seemingly the only woman in hip-hop getting airtime on the radio.

“That was never cool with me,” she said. “This can’t be a movement, we can’t keep this thing going with one person. We need a bunch of us. Like when I was out, it was me, Lyte, Monie, Salt-N-Pepa ... It’s always great when there’s a bunch of us doing this so we can elevate at the same time.”

The “U.N.I.T.Y.” rapper said that the industry gets lackluster and monotonous when women MCs' voices aren’t in the picture.

“The music suffers. The music to me really does suffer and the music did suffer for a long time,” she said. “Even guys, they gotta get in touch with their feminine side. I don’t know if they realize how many female hip-hop lovers are out here or what you passing on but y’all gotta get with it.”

She also urged more artists to speak up about social issues affecting their communities. She used recent events like President Donald Trump’s election and the rise in heroin addiction as examples of what the rappers of her era would tackle in their music. She said there should be a healthy balance with artists talking about social issues and the turn up.

“I’m just saying it’s always good to have both those sides,” she said, recalling how rappers discussed the crack era and the HIV epidemic in the ’80s and ’90s. “We spoke on that stuff."

She continued: “We had the power to change people’s minds about things going on in the world, not just whose ass is the fattest. Dumb shit. We actually helped stop apartheid in South Africa by getting people to divest in companies that were doing business over there ... We do have that power. We just don’t use it like we should.”

Queen Latifah On Women In Hip-Hop: 'The Music Suffers' Without Us
9 Inspirational Quotes From Queen Latifah That Everyone Should Read 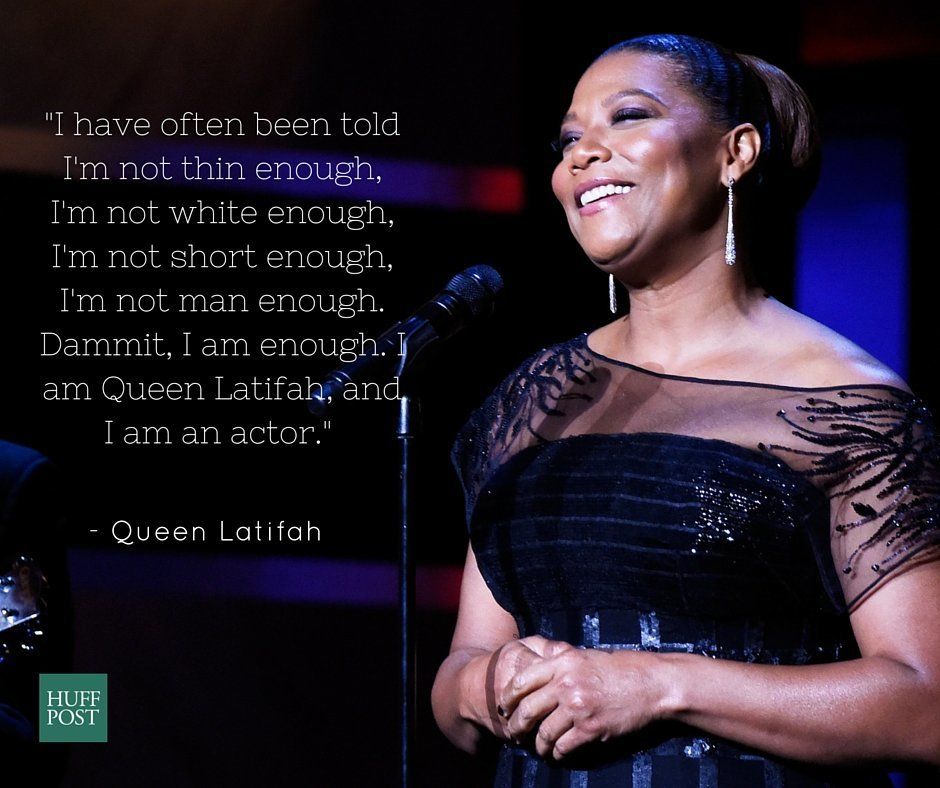