LONDON -- Queen Rania of Jordan said Thursday evening that there is nothing Islamic about the self-proclaimed Islamic State, or ISIS.

She was speaking with Huffington Post Editor-In-Chief Arianna Huffington as a part of The WorldPost Future of Work Conference. “I would love to drop the first ‘I’ in ISIS because there’s nothing Islamic about them," Queen Rania said, prompting applause from the audience.

"They have nothing to do with faith and everything to do with fanaticism,” she said. “I think as an international community, we would do well to not focus on the religious character of that group because when we do, we give them undeserved legitimacy.”

Instead, Queen Rania said, the war against ISIS must be led by Muslims and Arabs, with the international community in a supporting role. And part of that war is countering ISIS’s messaging online and on social media with content by the Muslim and Arab community, especially the youth, she said. “We can’t let [ISIS] hijack our identity and brand us in the way that they want. We have to write our own narrative.”

“What the extremists want is to divide our world along fault lines of religion and culture, and so a lot of people in the West may have stereotypes against Arabs and Muslims,” she said. “But really this fight is a fight between the civilized world and a bunch of crazy people who want to take us back to medieval times. Once we see it that way, we realize that this is about all of us coming together to defend our way of life.”

Queen Rania said she thought there are different reasons people join ISIS, including desire for a sense of belonging, for adventure, for a job and/or for the religious rhetoric. She said she sees it as a pyramid:

At the top of the pyramid are those who actually generate that ideology, and I think they’re the worst. Fanaticism and extremism exists in every religion but it always remains on the fringes. And I think what makes it drift to the mainstream is the fact that they were supported. Some did support them with money, and they provided them with the infrastructure, which allowed them to then spread that ideology a lot more.

At the middle of the pyramid are those who ... [believe] that there's a political injustice. That they don’t have a stake in their own societies. That there’s no justice. And I think at the bottom of the pyramid are those who are probably uneducated and suffer from poverty and unemployment, and they are the most vulnerable. Apart from those on the top, it’s vulnerability that makes people fall prey to their kind of rhetoric.

Because there are different reasons why people join, she said, the fight against ISIS needs to be undertaken at different levels -- including militarily. “But this can’t just be won on the battlefield,” she said. “At the heart of this war is ideology, and you cannot kill an ideology with a bullet. You can only kill it with a better idea.”

Watch the full interview at The WorldPost's YouTube page.

Queen Rania: Let's Drop The First 'I' In ISIS. There's Nothing Islamic About Them
Queen Rania Of Jordan 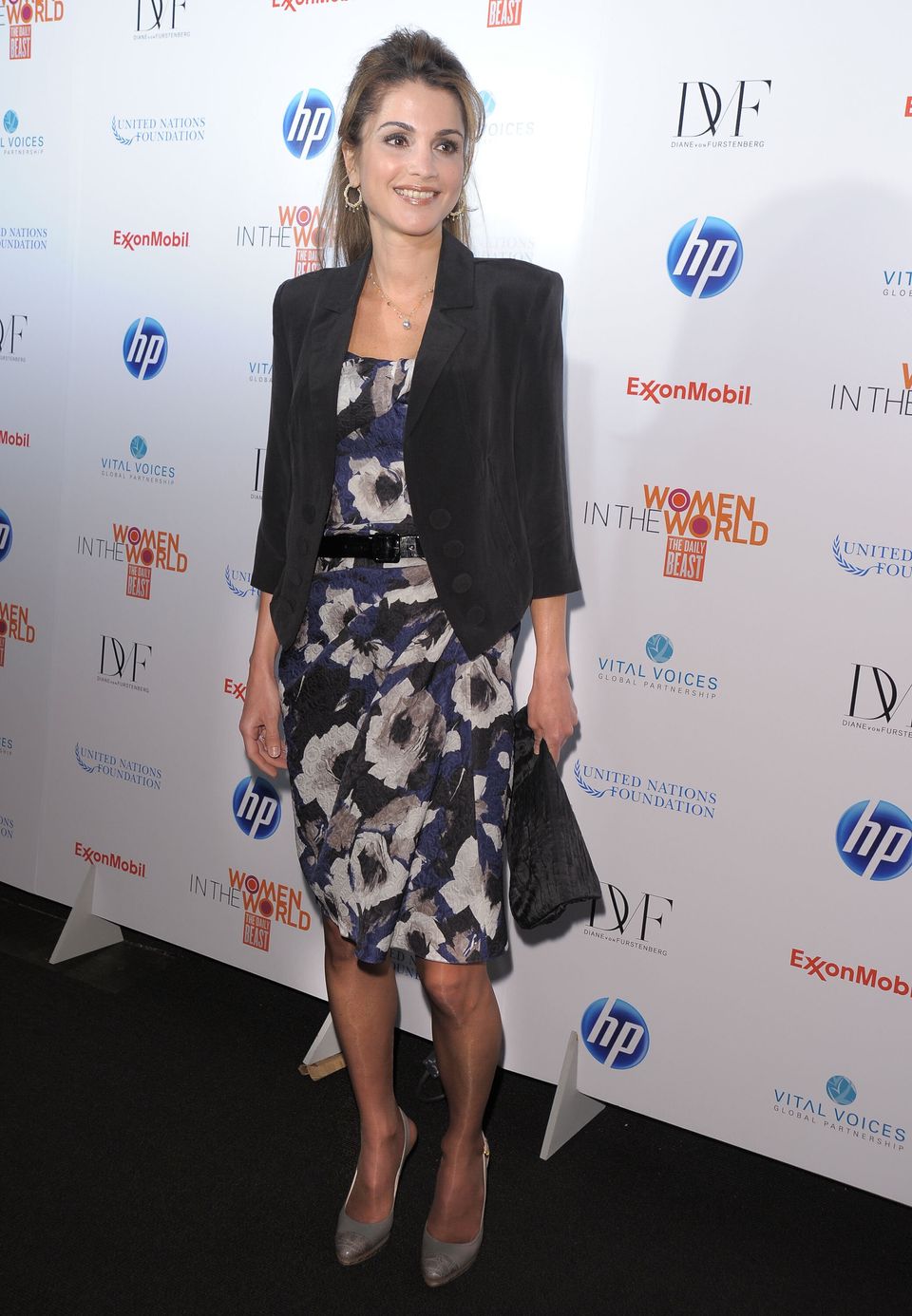