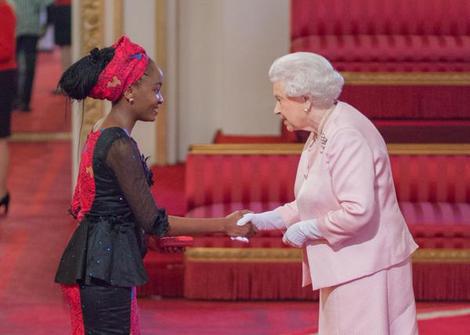 Recently honoured, alongside 59 other youths across the commonwealth, by the Queen of England for her work with the Sickle Cell Community in Nigeria, Nkechi Azinge, founder of Sickle Cell Aid Foundation (SCAF), tells me about her work, her passion, her dreams, and the incredible moment she met with the Queen and other dignitaries at Buckingham Palace.

Listen to this interview on the Stroll Podcast

Nkechi: I think my childhood experiences were pretty much like every other normal child. I have a sister, a twin sister with sickle cell, and it wasn't something I knew about when I was younger up until I was about 16. I just thought it was normal malaria or typhoid, but given that we were always in the same class, in the same school, we were always in the same pace. I could see her fall most of the time and I used to wonder what was wrong with her, and how she could get better. I think to a large extent that shaped my experience as a child and gave me the passion to work with people who have sickle cell just like my sister.

She's fortunate to have a lived a good life so far, and given that she was opportune to leave for the UK at an early age, she was able to gain access to quality health care. I got exposed to what people living with sickle cell in England go through, and the quality of healthcare that they receive given that they have a specific doctor they work with; health care specialists and other social workers who work with them just to make sure that they actually do what they are supposed to do. They have appointments they are expected to follow up; they have drugs given to them free of charge covered by NHS, so that system is quite different from what obtains in Nigeria. In Nigeria for instance, people don't have access to quality healthcare to begin with, and there's no social service system in place. Things like this shaped my childhood, and influenced my decision to start the Sickle Cell Aid Foundation. 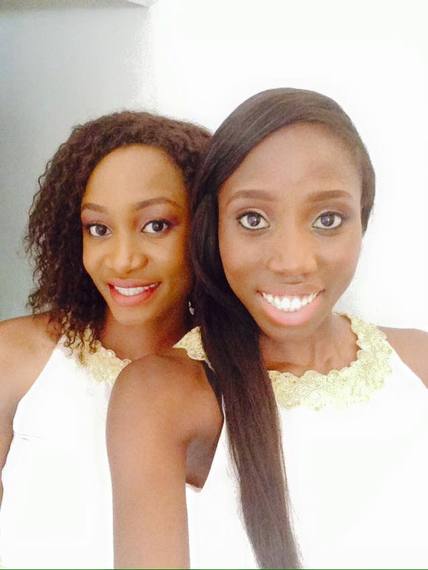 Nkechi: For now we work in Nigeria, but we're looking to expand. We actually started in England two days after my final year during my undergrad. We started at the University of Leicester, but before then we've had an opening at Buckingham University. They had an event going on and they gave us the platform to talk about what they wanted us to start. At the start we weren't registered we were like an association of students who just wanted to do something for people living with sickle cell. That event gave us the opportunity to raise funds to actually register the organization in Nigeria and kick-off.

So, we operate in Nigeria at the moment but we're looking to expand to other countries.

Ladies and Gentlemen, Her Majesty the Queen...

Nkechi: Before I got to Buckingham I was like, Oh my God, Oh my God, Oh my God, if I ever meet the Queen I'm just going to pass out (Hahah) But when I got there meeting other young people, you could see that everyone was looking at the big picture. It became more than just meeting the Queen. But to be honest with you, when I eventually met her I actually missed my step. Although we were looking at the bigger picture, but at that point it was actually very overwhelming. I was like, Oh my God I actually got this opportunity to speak with her, however brief, it was an overwhelming experience being in Buckingham palace.

They were like. "Your hands have to be free, please don't hold your phone", and I'm like "Nah mehn, I just have to take a selfie!!!" (Hahaha)

It was really exciting. I got to meet a lot of people like, David Beckham, Steve McQueen, House of Lords members, Professors, and many other influential people--Even Stephanie Okereke was there.

Nkechi: I've got so much confidence, to be honest, in the next generation and I do believe there is hope. It showed me that, regardless of what is going on around, all the negativity, there's actually some good being done, and a little good no matter how small can go a long way. 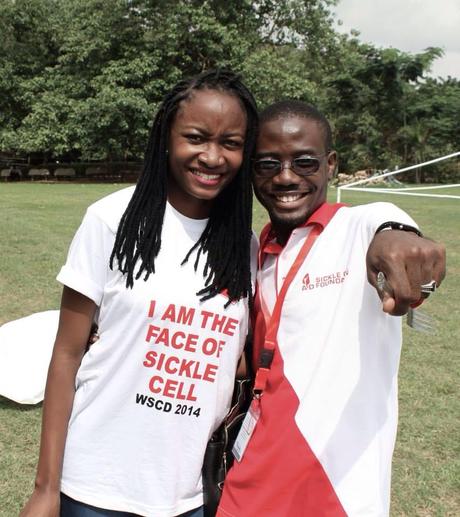 Many youths don't want to do it for free

Nkechi: On the contrary, I have met a lot of people who actually want to volunteer but they just don't know how to go about it. I feel like the first thing to do will be to let them know the opportunities out there, and let them know that is not just about money that there are different angles to it.

Volunteering in itself can give you skills; it can improve your skills in ways you've never imagined. It can also build networks for you that will actually help you in your career, so you never know who you might meet doing what you're doing.

Being selfless gives you a sort of peace of mind. For me, anytime I volunteer that's when I'm happy. The fact that it actually happens to me doesn't mean that it might happen to someone else, but I just feel like giving back to humanity is why we're here in the first place. It's worth a try. Few hours a month won't hurt anybody.

Law PhD at 26, SCAF Expansion, and the Big Picture

Nkechi: To be honest, it's quite difficult to marry the two because they are very different, and very distinct. In Law I'm focussing on money laundering and terrorist financing, and it's like how do you marry that to sickle cell and health. Any attempt to create a link will be very.....very difficult.

I don't want to even marry the two; I believe that both of them are already married within me. But while working on these different parts, I do hope that links can be established, for instance, I may be working for a corporate organization and they might decide to have a CSR angle which will enable them to fund a health project, and maybe even sickle cell-related one. At that point I might be able to advise them and say, "why not invest in this?" or "Why not invest in that?" 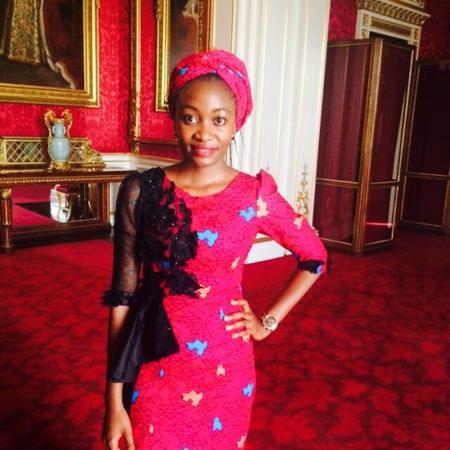 I believe that working with professional capacity gives me a broader perspective of what really obtains in the charity world. So, it's not just charity, sickle cell, there should be a broader perspective to life, and being among one of the Queen's Young Leaders made me realize that there are causes that are actually bigger than mine, and in that sense I don't just want to narrow myself to focus on one.

Food for the Soul: "In the LORD's hand the king's heart is a stream of water that he channels toward all who please him." (Proverbs 21:1, NIV)

Remember, you can listen or download this interview on the Stroll Podcast.