There is a good chance that Karey Dornetto has made you laugh. She has written for shows like Arrested Development, South Park, The New Normal, and Portlandia. Basically, she is hilarious, and we should all be grateful for her.

We were more than thrilled to sit and chat with Karey about her work as a queer woman writing really great content for TV.

Alexandra Roxo: You've written some of my favorite episodes of Portlandia: "Brunch Village," "Feminist Bookstore," "Mixology." I bow to you now. I also lived in Portland for a while and still get newsletters from In Other Words, the real women's bookstore in Portland. How did you break into writing for some of the funniest shows out there?

Karey Dornetto: I was always into comedy, but I was from the South and in finance, so I didn't know how to get into it. I tried acting and wasn't very good at it. Then I did some sketches and ended up doing standup in New York. I wrote for a friend's comedy zine and enjoyed it, so I was like, "Maybe writing is the way to go." One of my mom's friends had a nephew who was an agent in L.A., so I called him and was like, "Is there any way you could meet with me? How do you get into comedy writing? I have no clue." So I went out to L.A., and he told me to send him stuff, and he ended up liking it. He sent it to South Park, and I got a meeting off of that. I wasn't always like, "I wanna be a writer!" It just happened organically.

Roxo: Who are your favorite queer characters you've written?

Dornetto: There really aren't many queer or gay characters that I've gotten to write. I guess you could say the "Feminist Bookstore" women are one of my favorites on Portlandia, but it's all improv. We come up with the beats of the stories, and the actors improvise it all, and they're just geniuses.

Roxo: And you think of those characters as queer women?

Dornetto: I don't know if Carrie and Fred would say so, but to me they definitely are. They're kind of genderless, or they're trying to be [laughs], so in that sense they're more queer than lesbians. I'm sure they wouldn't want to define themselves at all! I also got to write an episode of Community. Britta, played by Gillian Jacobs, was really funny to me. [She] fancied herself as being really cutting-edge and liberal, so I wanted to do a funny lesbian storyline with her. And then I wrote on The New Normal last year, which was about a family of two guys having a baby, so the entire season was about gay characters.

Roxo: That's a Ryan Murphy show, right? I feel like he's really changed television in the past few years, in terms of putting gay characters in mainstream network TV.

Dornetto: For sure! Unfortunately, it got cancelled, but I don't think it has anything to do with the fact that it was two gay guys on TV. One Million Moms were like, "We did it!" but really it's just that the ratings weren't great, which is unfortunate, but I think the show did have a lot of fans.

Roxo: Are there any queer characters on TV right now that you really like or relate to?

Dornetto: I'm sure there are some on shows I don't know about, but I feel like nothing that I watch has any. Hmm... I'm not sure if she's gay, but I really love [Brienne of Tarth] on Game of Thrones. There's also a show called The Fosters, about a lesbian couple, and they have a bunch of kids they've adopted. I think it's on ABC Family, so that's really cool. It's a biracial couple, too.

Roxo: Do you think a lot of these characters fall into stereotypes?

Dornetto: Yeah, I think for network comedies, if you start out with "the gay guy who's into fashion," you're just gonna go into that joke well of bitchy, queeny stuff until the character gets more developed and you find out other things about them. That happens initially in a lot of shows. In Modern Family, some people have a problem with the two gay characters not making out or having enough sexuality. I don't even want to see a straight couple getting it on in a network sitcom, so I don't have a problem with that. I just think it's good that they're on TV and they're human beings and not just the punchline of all the jokes.

Roxo: Do straight people even have a lot of sex on network TV? I feel like they just kind of lie in bed in their underwear.

Dornetto: Yeah, it's not really about the sex. On Everybody Loves Raymond you'd see them in bed, and that was one of the things we did do on The New Normal. They were in bed a lot and kissing each other goodnight, which I had never seen before, and that's definitely very cool. I guess it just depends on the show, but you can definitely do more on cable creatively.

Roxo: So you're in Portland now, working on the next season of Portlandia. What's coming up for you next?

Dornetto: I wrote a dark comedy feature called Cleveland for Jamie [Babbit] to direct, and we're trying to get financing. I'm also working on another pilot, and that's pretty much it. It's been a lot of fun. Last year I'd never written on a gay show, and I felt like, "This is interesting and seems important," and I was excited. But I will say Portlandia is more the type of comedy I'm drawn to -- a little sillier and less serious. It's not that I don't want to tackle issues. I just want to do it in not such an on-the-nose way. That's another thing you can do on cable. You don't have to be so obvious.

Check out our show Be Here Now-ish page to see our recently successful Kickstarter campaign. Visit Facebook for more updates! 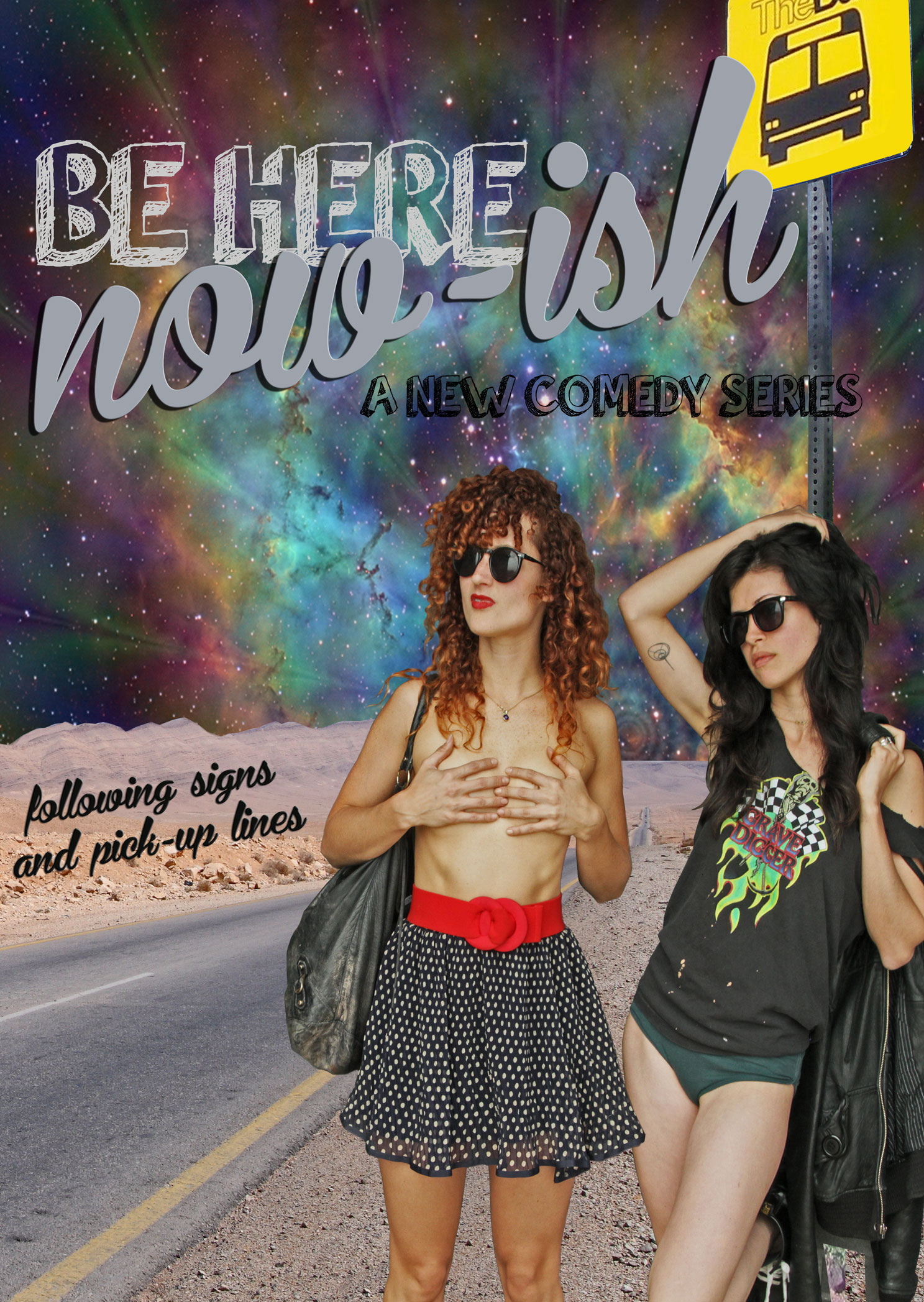