As the world braces for what may be fresh terror attacks by Islamic State, Muslim scholars, clerics and lay people are speaking up about troubles within the house of Islam. The culturally diverse and decentralized Muslim populations of the 21st-century are dealing with the implications of not having a single coherent authority in one of the world's biggest faiths.

Although no single authority can speak for the world's 1.5 billion Muslims, the overwhelming majority maintains that terror is anathema to Islam's religious ethic. The most urgent question is how to stem the surge and influence of the cult of Daesh, the Arabic acronym for ISIS. But another question gaining traction is simple and yet complex: Who should control Islam's holiest sites? 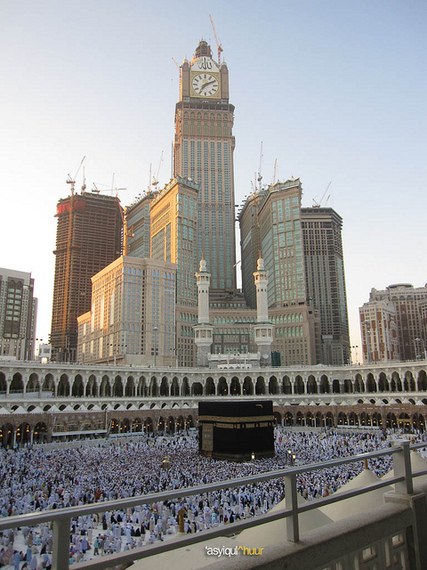 Mecca and Medina are the spiritual focal points for Muslims around the world. The Masjid al Haram, or Great Mosque of Mecca, houses Islam's central shrine, the Kaaba, which symbolizes the first house of worship built for the One God; the world over Muslims face toward the Kaaba in prayer. Medina is home to the second holy mosque, Al Masjid an-Nabawi, or the Prophet's Mosque, which is built around the Prophet Mohammed's house. Both have been expanded over time to accommodate increasing numbers of worshippers. Presently, Saudi Arabia controls both cities, but this is becoming increasingly controversial among Muslims.

Concerns about Saudi Arabia's authority over the two sites have been simmering for some time, but the deadly stampede that took place there during the 2015 hajj pilgrimage has lent greater urgency. Two months of the tragedy at the Jamarat Bridge where pilgrims perform the hajj's penultimate ritual, the death count was more than 2,400.

Criticism and blame were quick to follow, and many leveled accusations of inept management against the Saudi government. Riyadh in turn placed the fault with the pilgrims for allegedly failing to follow instructions. Muslim leaders looking for a solution have begun to suggest that it might be time for the reigning the House of Saud to relinquish its absolute control over the two cities, which lie within the geographic boundaries of the kingdom - boundaries won by conquest.

The California-based Muslim Public Affairs Council suggested, "If Saudi Arabia cannot handle the scrutiny and answer the challenging questions, it is time to re-evaluate its roles and responsibilities for the hajj." London's Islamic Human Rights Commission chimed in, suggesting "some sort of Islamic Waqf, as it was at the time of Ottomans, [to make] sure that the main Muslim nations will actually have a say and they coordinate how this whole thing [is] run."

Over the past 80 years, swift and dramatic changes are sweeping the two cities. Entire neighborhoods near the Kaaba have been razed to make way for ritzy hotels and high-end shops. The Abraj al Bait clock tower, the second-tallest building in the world, looms over the shrine like a steel-and-glass Godzilla.

When Saudi officials flattened the Ottoman-era Ajyad Fortress in 2002 to build the tower, Turkey's ministry of culture declared "cultural vandalism" and "a war on legacy." Historic surroundings of the Medina mosque are likely doomed to meet a similar fate.

Amid these changes to the holy cities' landscapes, the Saudi government asks for little input beyond the advice of engineers, architects and crowd-control experts. At a 2013 press conference in Mecca on the expansions underway at the time, I asked with whom the city's governors had consulted. After all, major municipal development in U.S. cities often requires town hall meetings and referendums. The Saudi spokesperson looked at me quizzically and said, "We don't have to consult anyone."

Indeed. All of the annual hajj rituals and the daily practices of worship at the Kaaba are practiced by Muslims, not just Saudis. Yet the kingdom maintains its grip over them through its claim to power, not by popular preference. With absolute visa control the Saudis determine how many people from outside the Kingdom may make the hajj.

And as protest quietly mounts against Saudi Arabia's administration of the hajj, unsafe conditions for pilgrims on the rise, and challenges to the rampant destruction of archaeological sites growing increasingly vociferous, pushback against the kingdom's custodial role will likely get stronger as time goes on.

So what alternatives exist? One option could be modeled on the Vatican. The sacred center of Roman Catholicism is inside the borders of Italy, but Vatican City functions as a separate political entity. The Vatican is not Italian, just as Catholicism is not Italian. But without a single, central Muslim authority akin to the pope, what is an Islamic option?

One place to look is into Islam's past: The Prophet Mohammed used the shura model to make decisions, and it stabilized the Muslim community after his death. Perhaps a similar rotating consultative council made up of representatives elected by the world's Muslim laymen and clergy could be the solution.

Islam's reformation will no doubt be as turbulent and bloody as the century-long Protestant Reformation of the 1500s. The formation of an international committee that presides over Mecca and Medina may become a marker along the rocky road empowering Muslims to reclaim their religion from those who abuse its name.

"Taking Back Islam's Holy Sites is republished with permission of Stratfor.