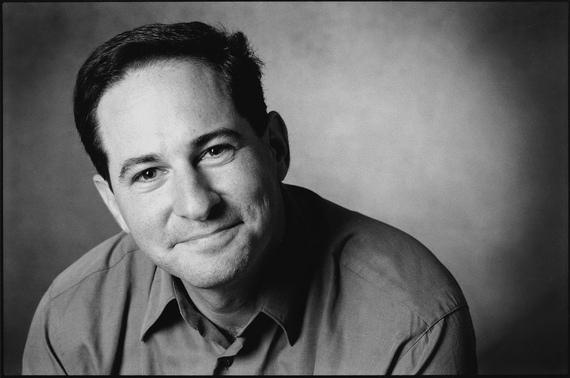 No, certainly not. Of course every parent has a duty to her children, to love and support them, but every parent also has a duty to her neighbors, her fellow citizens -- to protect them from harm, to see that the laws are obeyed. (I'm speaking here of moral duties as well as legal ones.) In most cases, those private and public duties never conflict; by being good parents we are also being good citizens. But there are cases where the two roles can't be reconciled. That is certainly the situation in Defending Jacob. If a parent were to prevent the conviction of a murderer who happens to be her child, would she be morally complicit in the next murder the child commits? What if she knew (with as much certainty as any parent can have in these cases) that the child was indeed guilty and likely to kill again?

What makes these questions so topical, so accessible at the moment is that we seem to be having a national debate about just how far we "helicopter parents" ought to go for our kids. Most parents will not have a homicidal child, of course. But every parent will have to face the question of "how far is too far?" in little, everyday ways: How involved should I be in advocating for my child at school? How involved should I be in sports? How much should I help him with his homework? Should I do everything I can to ensure my child succeeds? Or let him "sink or swim" so that he develops the skills and grit necessary for adulthood?

There are no easy answers to these questions. We parents just do the best we can. We get it wrong, of course. We make mistakes, generally different mistakes than our own parents made, but mistakes just the same. And it is that anxiety -- what should a good parent do? Am I getting it right? -- that drives so much of the conversation about these books.

That is a very complicated question. Let me answer it this way:

I watched a murder case once in which the defendant's parents, both lawyers, sat through the entire trial utterly stone-­‐faced as the most damning evidence against their son piled up day after day. After the verdict -- guilty -- they said nothing to the assembled reporters except (I'm paraphrasing) "We love our son." They did not say, "We love our son. He could not have done this." Just "We love our son."

Now, I doubt those parents were feeling anything as unambiguous as the phrase "unconditional love" suggests. I can only imagine the blizzard of emotions inside them as they thought about their son and what he'd done. At the same time, their love was not cancelled by what they'd seen and heard. Is that "unconditional love"?

Probably it is not helpful to think in such absolutes: love that is unconditional or simple or perfect. Human beings generally don't experience emotions in such binary ways -- on or off, like a light switch. Our relationships are imperfect, our emotions are complicated, stormy. We love one another even as we feel angry or hurt or spiteful. We carry these roiling, conflicting emotions inside us all at the time. It is part of being human.

That is why parents have to be able to forgive themselves. It is okay, even unavoidable, to feel all sorts of emotions about your child, just as children feel all sorts of conflicting emotions about their parents. That we are swept about by anger, resentment, frustration, etc., does not negate the existence of love. Love survives beneath those storms, like a deep-­‐sea current. Parents and children are human beings, and a family is defined by relationships in both senses, biological and emotional -- and these things are infinitely complex.

In your book, whom do you think is the better parent? The one who protects Jacob right or wrong , or the one who faces reality and wants to save future pain to everyone?

I don't know, honestly. One of the pleasures of being a novelist is that I don't have to decide. I tell stories and that is how I explore the gray areas of human experience.

Suffice it to say this: I have two children, boys aged 10 and 13, and I honestly don't know what I would do if I were put to this test. Both of Jacob's parents, the loyal father and the realistic mother, are aspects of me. I recognize myself in both of them.

One nagging thought sticks with me, though. I was a son before I became a father, and as a son I like to imagine a father who would stick by me right to the end, no matter what, right or wrong. I am not suggesting that is what a good father ought to do, only that, emotionally, it is what the little boy I carry around inside me would like to believe.

In my book, I was inspired by the case of Amanda Knox. The thought of how terrible it would be for a mother to be surprised by a phone call telling her that her daughter was accused of murder. Did you get the idea for "Defending Jacob" from any real case you read about? If not, how did you come up with that idea?

I try to avoid using real cases in my novels. As a former prosecutor, I am uneasy with the idea of exploiting these stories. I would hate to think I ever added to a victim's pain.

But the fact is I do borrow from life. What choice do I have? My ideas have to come from somewhere, and I do want to write about the real world, where these cases are cropping up over and over.

So I wind up trying to balance these two conflicting aims: to use real cases as inspiration but then to abstract them so far from where they began that the original cases will be unrecognizable in the finished novel. With Defending Jacob, there were many cases that inspired various aspects of the story, most of them of only local interest in the Boston area, where I live. To Bostonians, I'm sure, those details are recognizable.

Your book examines the premise of nature versus nurture - what you inherit versus how you're raised - and seems to emphasize the role of nature in Jacob's homicidal behavior. My book hones in on the nurture side of the equation, taking a close look at the relationship between mother and daughter. Do you believe it is an either/or question or do you think that it is a combination of a person's inborn characteristics and upbringing that results in this kind of pathology?

It is always a combination. In fact, it is fashionable now to ascribe too much to DNA, as if our genetic inheritance is all that we are. That is natural enough; DNA is a new science, and it will take a while to see it in perspective, to learn how to use it properly in defining who we are. But the advent of modern DNA technology really just adds a scientific gloss to what we've always known: it is always nature and nurture, or, as the scientists would say, a "gene-­‐environment interaction," and in that interaction it is nurture -- environment -- that plays the largest part. We are all more than our DNA, thankfully.

Author of The Perfect Mother