“It was through the feeling of wonder that men now and at first began to philosophize,” Aristotle, the renowned Greek philosopher and scientist, once said.

Though Aristotle left a profound mark on a range of fields, from metaphysics to rhetoric, this musing in particular addresses the power in asking questions of ourselves -- questions that may not necessarily have a solidified answer.

Each of us is born with an innate sense of curiosity about the world, a quality that is evident through the expressions and actions of children. But as we age, many of us stop asking the questions that fill us with this insatiable wonder. We no longer seek new perspectives or make time for daydreaming, despite scientific evidence showing its benefits.

As the influential 20th century novelist Franz Kafka said, "Anyone who keeps the ability to see beauty never grows old." It is through considering life's largest questions that we keep our childlike sense of wonder alive.

Take some time today to ponder one of these seven questions, so you can feel curious again about the world -- and your role in it. 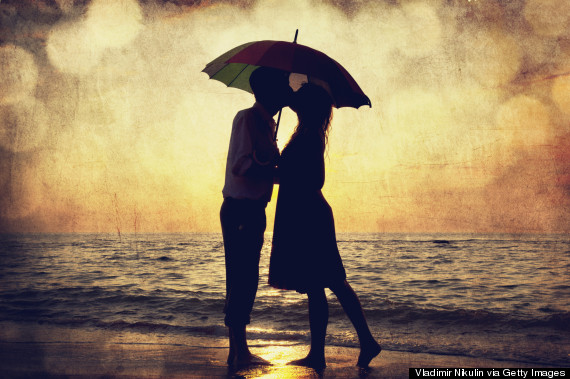 Love can be one of the most challenging sentiments to define, and it without a doubt varies from person to person. Yet taking time to explore its various forms and implications can provide a deeper understanding of what it means for you.

Consider this beautiful description of love from the book The Seven Natural Laws of Love, written by clinical psychologist Deborah Anapol, Ph.D., who is famous for her founding role in the polyamory movement:

"Love cares what becomes of you because love knows that we are all interconnected," wrote Anapol. "Love is inherently compassionate and empathic. Love knows that the "other" is also oneself. This is the true nature of love and love itself can not be manipulated or restrained. Love honors the sovereignty of each soul. Love is its own law."

Where do I want to be? 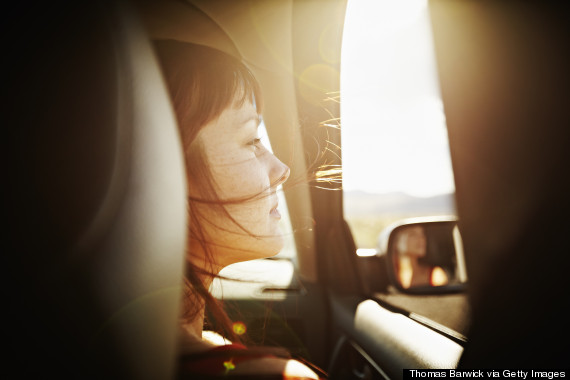 Asking yourself this question can not only hone in on the current landscape of your life, but also unearth the trajectory you want to follow. You can also broaden the scope of the question beyond career goals, and imagine where a home, family, friends and hobbies fit in. Take time to paint several versions of the picture, and accept that the vision is going to change countless times. As long as you aren't living by someone else's vision, you will end up where you want to be.

The late Steve Jobs once said, "Your time is limited, so don’t waste it living someone else’s life. Don’t be trapped by dogma -- which is living with the results of other people’s thinking. Don’t let the noise of others’ opinions drown out your own inner voice. And most important, have the courage to follow your heart and intuition. They somehow already know what you truly want to become. Everything else is secondary."

What happens when I die? 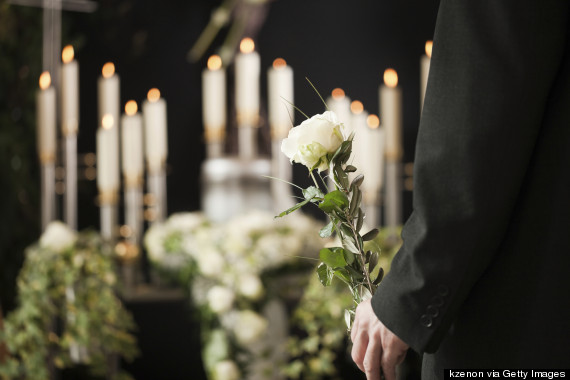 "For those who live neither with religious consolations about death nor with a sense of death (or of anything else) as natural, death is the obscene mystery, the ultimate affront, the thing that cannot be controlled. It can only be denied,” famous American novelist, filmmaker and activist Susan Sontag once said.

Yes, it feels uncomfortable, even morbid, to contemplate the idea of death. However, research has found that thinking about it can actually be a good thing. A 2012 study published in the Personality and Social Psychology Review found that an awareness of mortality can not only improve one's physical health, but also help a person re-prioritize life goals and values accordingly.

We should "turn attention and research efforts toward better understanding of how the motivations triggered by death awareness can actually improve people's lives, rather than how it can cause malady and social strife," study researcher Kenneth Vail, of the University of Missouri, said in a statement. "The dance with death can be a delicate but potentially elegant stride toward living the good life."

What makes me come alive? 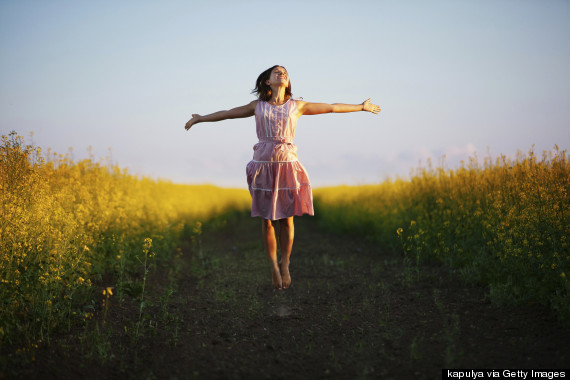 Discovering a passion that fuels that inner fire is often easier said than done, which is all the more reason to take the time to ask yourself this question. Let your imagination run wild, and try not to impose any self-restrictions on the possibilities. Being honest with yourself and embracing a little soul-searching is often just what it takes to discover what's missing.

How do I want to be remembered? 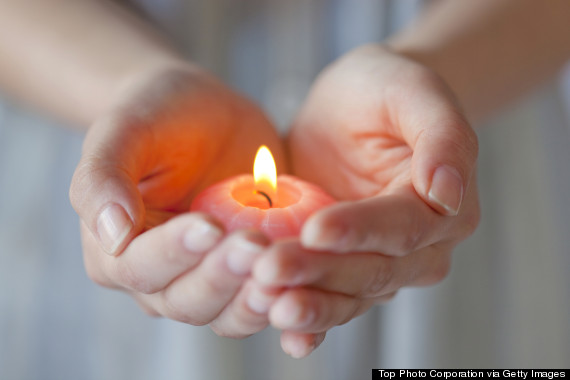 Arianna Huffington, president and editor-in-chief of The Huffington Post Media Group, dedicates a significant portion of her latest book, Thrive: The Third Metric to Redefining Success And Creating A Life Of Well-Being, Wisdom and Wonder, to this very question. Many people spend their days living by their resumes, their lists of accolades that translate to the power they have accumulated throughout their lives. However, Huffington asks society to spend more time living by its pending eulogies instead.

"Have you noticed that when people die, their eulogies celebrate life very differently from the way we define success in our everyday existence?" Huffington asks. "No matter how much a person spends his or her life burning the candle at both ends, chasing a toxic definition of success and generally missing out on life, the eulogy is always about the other stuff: what they gave, how they connected, how much they meant to the lives of the real people around them, small kindnesses, lifelong passions and what made them laugh."

Am I truly happy? 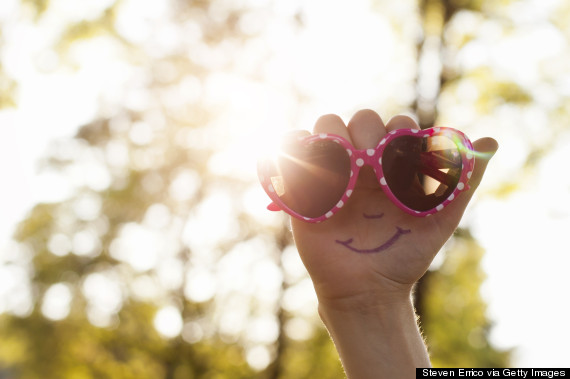 If you're thinking about happiness beyond the present moment, you have to take a broad view of your life and overall contentment and happiness. Working through these details not only helps you to realize whether you're thriving and flourishing as much as possible, but it can also increase your ability to be happier, according to a 2013 study published in the Journal of Positive Psychology. Researchers found that those who actively tried to become happier using the right methods (in this case, listening to happy music) were able to do so.

The Dalai Lama perhaps puts it best, when he said, "Happiness is not something ready made. It comes from your own actions.” And what is happiness? "Happiness is when what you think, what you say, and what you do are in harmony," he said.

What is my purpose in life? 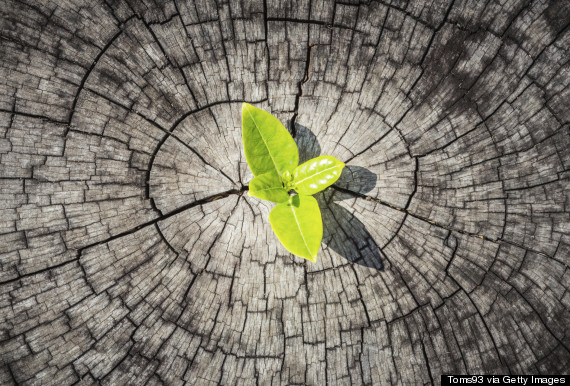 This question often arises during moments of transition. Whether due to the fabled "mid-life crisis," a major career change or new parenthood, you may find yourself asking this question as a means to find stability within yourself. While this philosophical pondering can take on several forms -- "What is the meaning of life?" or "Why am I here?" may sound more familiar to you -- the answer is always relative to the person asking it.

Famed diarist Anaïs Nin substantiates that idea with her writing of The Diary of Anais Nin, Vol. 1: 1931-1934. In her book, she writes, “There is not one big cosmic meaning for all; there is only the meaning we each give to our life, an individual meaning, an individual plot, like an individual novel, a book for each person."

Author, philosopher and spiritual master Amit Ray instead insists that it is our energetic impact on the world and those around us that define our purpose. "“It does not matter how long you are spending on the earth, how much money you have gathered or how much attention you have received. It is the amount of positive vibration you have radiated in life that matters," he has frequently said in his poignant meditation teachings.