Donald Trump has not yet been sworn in, but the Republican Congress has convened. Shortly it will begin hearings on Trump's appointments -- as a block more a Cabinet suited for a corporatist President Ted Cruz than populist candidate Trump.

Trump and the Republicans control the White House and Congress. What they don't control - where they are weak - is the public conversation. Tweets turn out to be a good mechanism for getting headlines but not for creating a storyline - and that's our opportunity. The confirmation hearings should be used by concerned Democratic and Republican Senators to hold Trump accountable for delivering on his incoherent smorgasbord of promises. The two key environmental nominees are Rex Tillerson and Scott Pruitt. The media has focused around their opposition to action on climate, Tillerson saying "suck it up and endure climate chaos," Pruitt being a denialist. But it has not yet told the story of their full threat to our environment, our health, our economy and our national security. Below, to start this broader and more troubling dialogue, are ten questions the Senate must ask Tillerson and Pruitt before it votes on whether to confirm them.

QUESTIONS FOR REX TILLERSON, NOMINEE FOR SECRETARY OF STATE 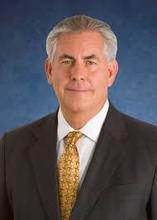 1) Mr. Tillerson, Lee Raymond, your predecessor, made clear that he didn't view ExxonMobil as a US company, and didn't "make decisions based on what is good for the US." Your have stated that you signed oil leases that undercut US foreign policy in Iraq because "I had to do what was best for my shareholders."

2) Following Russia's invasion of the Ukraine and the seizure of the Crimea, you and ExxonMobil visibly continued to support Russia's development of its offshore Arctic oil fields. You pursued partnerships with Russian oil interests faced with western sanctions. You clearly aligned with Russia.

Q: Did you believe these actions served the interests of the United States? Or were you putting your shareholders first?

3) Russia's has refused to collaborate with international efforts to prevent human rights repression in Syria. This has resulted in the victory of the Assad regime and the butchery of Aleppo. The FBI and the CIA have concluded that Russia actively hacked American political parties in an effort to destabilize our democratic system and perhaps tilt the outcome.

Q: Do you believe it is still in the interests of the United States for our oil companies, including ExxonMobil, to provide technical and financial support to assist Russia in becoming a more powerful oil producer? Do you still oppose sanctions against Russia for violating international norms in Syria, the Ukraine and around the US elections?

4) Russia has recently joined with OPEC to artificially rig the oil market. Prices have risen 20% as a result. US consumers are again paying more than a fair market price for gasoline and diesel.

Q: What steps would you recommend the US take to discourage Russia from conspiring with OPEC to price-gouge? How would you recommend to the President that he ensure that the price of oil never again soars to $70, $80, $90 even $100 level? In your view, how important to the US are moderate - below $60 -- oil prices?

5) You have repeatedly said that while you believe in climate change, it is not yet possible for the world to move beyond fossil fuels, because alternatives are not ready.

Q: If we continue to rely on petroleum for 90% or more of our transportation energy, can you assure Americans that the price of getting around will never again spike to the levels we saw over the last decade? Is getting off oil just a climate issue, or is it also an economic necessity? If alternatives are not yet ready, would you urge the US to actively join with other oil-importing countries for a Manhattan style project to bring low-carbon transportation technologies to full competitiveness within the next four years?

QUESTIONS FOR SCOTT PRUITT, NOMINATE AS ADMINISTRATOR OF THE ENVIRONMENTAL PROTECTION AGENCY 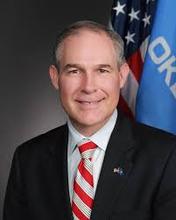 1) Mr. Pruitt, ten percent of American women have dangerous levels of mercury in their bodies. But recent data shows that since the United States started cleaning up emissions from coal power plants, not only has mercury pollution in the North Atlantic fallen dramatically, so has the concentration of mercury in Atlantic fisheries. Mercury in Atlantic bluefin tuna is down 19% in only eight years.

Q: Given this resounding confirmation that regulation works, how firmly can you assure us that if you are confirmed, EPA's recent successful crackdown on all sources of mercury emissions, including coal power plants will accelerate, rather than pulling back?

2) The President election has pledged that the kind of poisoning that devastated Flint "would have never happened if I were president." Over 1000 American communities have lead poisoning levels at least four times higher than Flint's. Over 18 million American live in communities that don't properly test, or violate, lead and copper contamination rules.

Q: How many years will it take the Trump Administration to achieve pure, safe, drinking water for all Americans? Have you discussed with the President-elect the resources you will need to deliver on his promise that a Flint-like crisis will never happen again? In addition to federal financial commitments, what other changes in laws or regulations will you need to guarantee every American family that their kids can drink the water without fear?

3) You have attacked the Obama Administration's "Waters of the United States" regulation, objecting to "the significant negative impact such a rule would inflict on states and the landowners within their borders." Oklahoma's major streams and rivers lie within two river basins, the Red and the Arkansas, both of which flow into other states. And Oklahoma receives most of its waters from upstream neighbors, particularly Texas.

4) You campaigned in 2010 against a "one-size-fits-all strategy" towards environmental protection. That phrase is sometimes used to imply that whether American children should be adequately - or inadequately - protected against poisonous air, water and food should be based on the political jurisdiction in which they happen to live.

Q: Is that what you meant - that air and water health standards should vary from state to state? Do children's hearts or senior's lungs vary in their vulnerability to pollution between Okahomans and Californians? Do you accept the premise at the heart of the Clean Air and Clean Water Acts that every American, wherever they live, should have a science based, legally guaranteed right to clean air, pure water and healthy food? Or do you think these decisions should be made by local politicians based on interest group lobbying?

5) In recent years spills, leaks and collapses of coal ash impoundments have become a greater and greater hazard to clean water. In fact, more than half of the total toxic water pollution found in America's rivers, lakes and streams comes from such impoundments.

Q: Do you believe that coal ash from power plants and other coal-burning facilities should be regulated as a hazardous pollutant, given that its chemical composition includes lead, mercury, cadmium and arsenic? What would you do as Administrator to ensure that the kinds of ash spills recently devastating Kingston, Tennessee and Dan River, North Carolina, never again occur, anywhere?

These ten questions are as much as a blog can handle - but a robust Senate confirmation hearing should probe a far wider range of topics and more deeply. Please, think up your own key questions for Tillerson and Pruitt - and for other Trump cabinet nominees like Interior Secretary Ryan Zinke. Send them to your Senators - Republican and Democratic - and urge them to ask them, and insist on real answers, not politically correct evasions. And then turn your questions into a letter to the editor of your local paper. Let's take control of the conversation - as Abraham Lincoln said, what really matters in the long run in public sentiment. With it, everything, even surviving Donald Trump, is possible.