America may no longer be glowing scarlet and gold in Harry Potter fever, but that hasn't stopped a group of enterprising young people from appropriating the favorite sport of the wizarding world -- and combining it with a pastime beloved by college students everywhere. 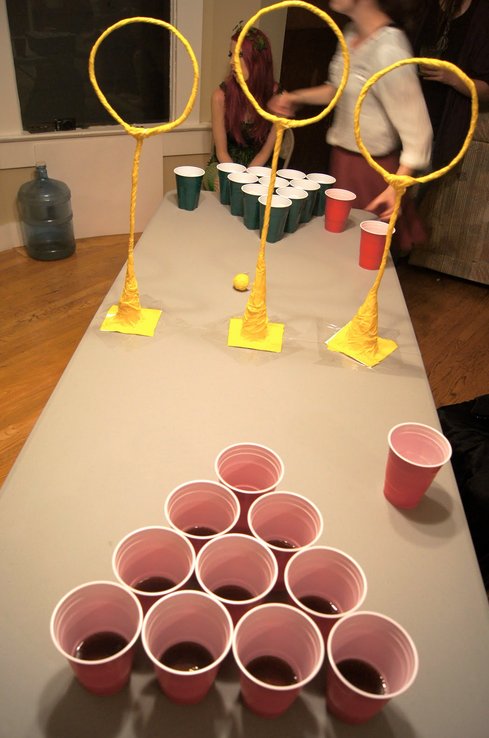 Invented by 20-year-old college student Louis Mensinger, who runs the blog and crochet shop Louie's Loops, Quidditch Pong is the brilliant, madcap mishmash of Quidditch -- a game played on broomsticks in the Harry Potter universe -- and beer pong, the "drinking game of choice" for legions of college kids and twenty-somethings around the country, as Time notes.

How does one play Quidditch Pong?

After that, the Triwizard Tournament can begin!

In an email to The Huffington Post, Mensinger said the game was a roaring success at a recent Harry Potter-themed Halloween party, where Harry Potter trivia and charades were also played.

He added that Quidditch Pong can be easily adapted with different rules by whoever is playing.

"The basic idea with the snitch, butter beer and hoops were thought of ahead of time, but the rules we kind of made up as we went, seeing what worked best," he said.

Click through this slideshow for the rules of the game.

Will you try a round of Quidditch Pong at your next party? Tell us in the comments below. 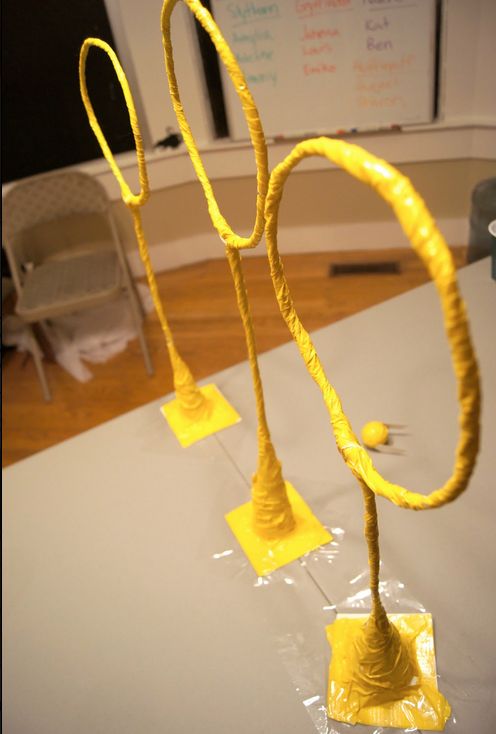