Some things in life are just too good to handle.

Quincy Kroner had that exact feeling on March 13 when he met his local heroes -- the neighborhood garbage men, Mark Davis and Eddie Washington. The Cincinnati 2-year-old has been fascinated by the garbage truck “since about the age he could walk,” the toddler’s father, Ollie Kroner, told The Huffington Post in an email. But this was the first time he met the garbage men in person, and it was all too much for him -- resulting in the adorably priceless photo above.

“He was all smiles as the garbage truck pulled up. I asked him if he wanted to take his [picture] with them, and he gave an eager yes,” Kroner told HuffPost. “But I think his nerves set in when the loud truck was right there in front of us.” 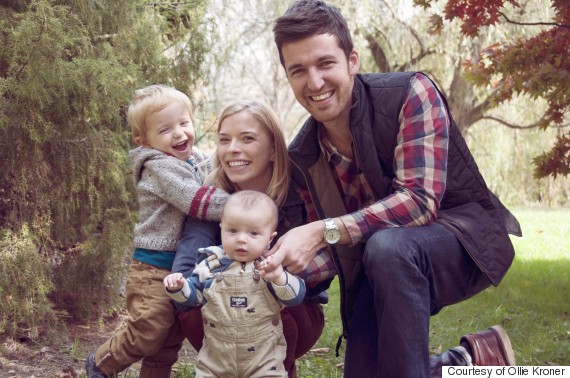 Friday was a long time coming for Quincy. He told his parents that the garbage man always waves to him while he watches them out the window. “We laughed at his imagination, and then we looked out the window and the garbage man was waving!” Kroner says. “I couldn't tell you how long ago it started.”

The 2-year-old is a big fan of vehicles, but especially trucks, which is why he was rewarded with a toy garbage truck after successful potty training. So, after a week of waiting, he was eager to show the garbage men his new toy. So eager, he burst into tears.

“He calmed down after a few minutes and resumed playing,” Kroner said. “He hasn't had a whole [lot] to say about the experience yet.”