Driving can be a little monotonous -- the same views for miles, switching lanes just for a change of scenery, constantly checking your rearview mirror to avoid highway hypnosis -- but we've found a few roads where you'll find a lot more excitement. In most cases, you'd be on the edge of your seat, white-knuckle driving, trying to snap photos of your four-wheeled adventure, wishing you were back on that boring, old road you know so well. 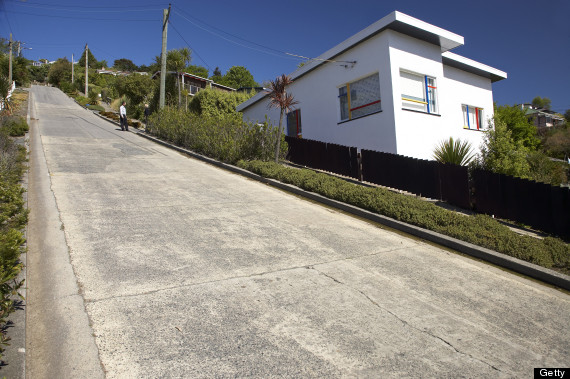 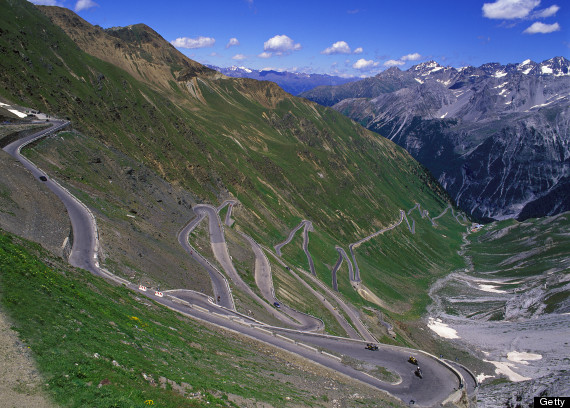 Passo dello Stelvio in the Ortler Alps in Italy has 48 hairpin turns, an average incline of 7.4% -- and 6% is about the maximum for U.S. highways. 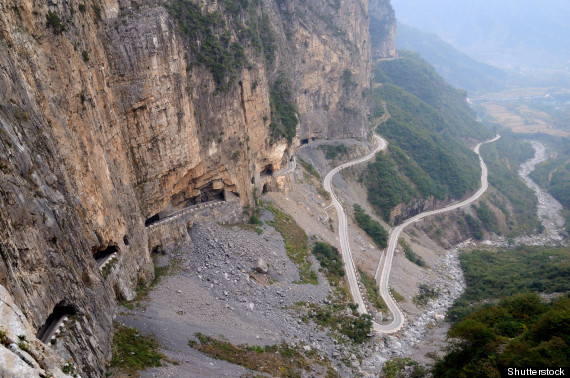 Guoliang Tunnel in Hunan, China was chiseled by hand into the Taihang Mountains in the 1970s and is lined with windows to terrifying views. It has a clearance of only 15 feet, a width of 12 feet, and a precipice around every other bend. 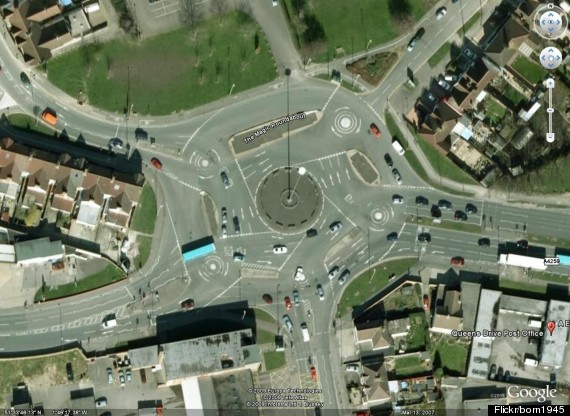 The Magic Roundabout in Swindon, England consists of five mini-roundabouts arranged in a circle. 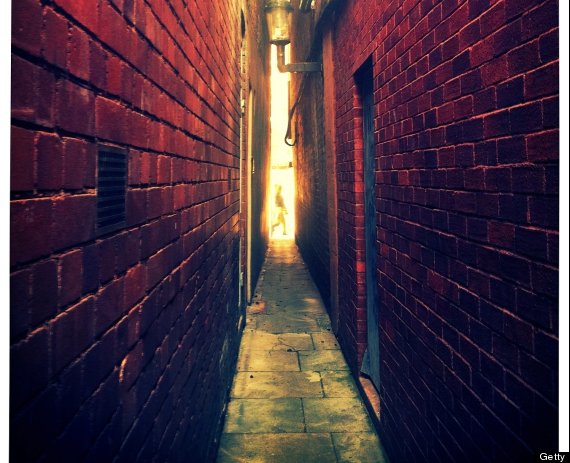 Exeter, England's Parliament Street, which dates back to the 1300s, is the narrowest street in the world, measuring less than 25″ at its narrowest point. 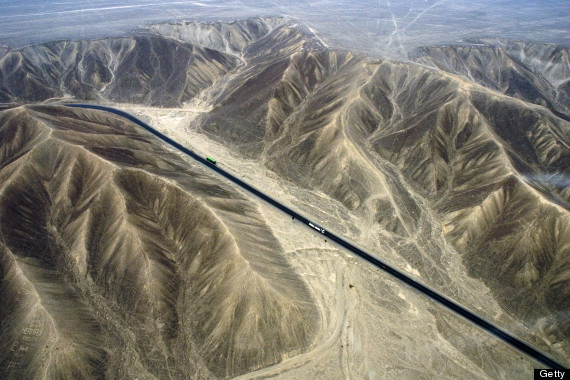 The Pan-American highway connects the mainland nations of the Americas and is 29,800 miles long. It's the longest "motorable" road in the world, according to Guinness World Records. 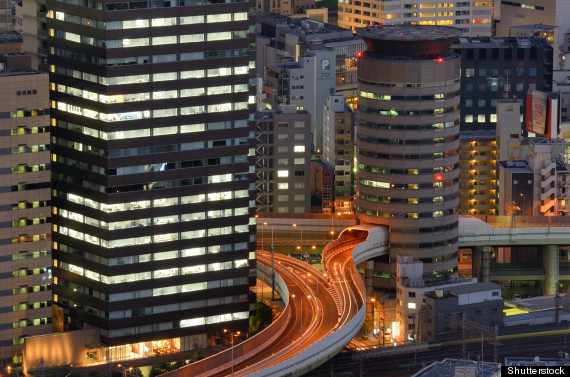 This road just won't move. The Umeda exit of the Hanshin Expressway in Osaka, Japan runs right through the city's Gate Tower Building. 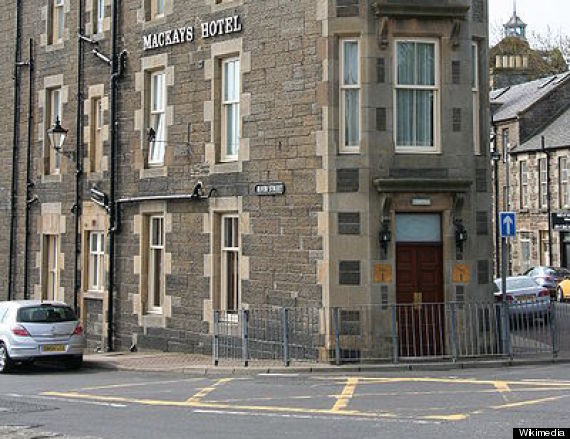 With just one house on it, Ebenezer Place in Wick, Caithness, Scotland is the shortest street in the world, measuring just 6.8 ft. 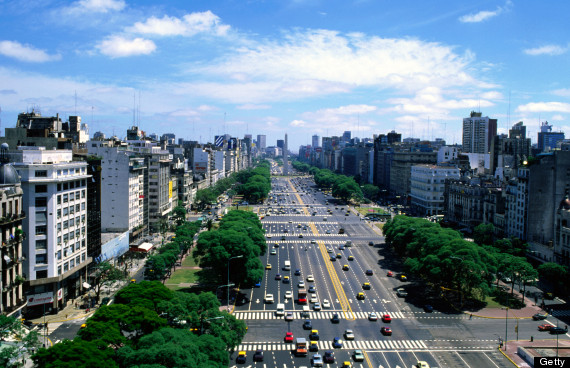 At almost 460 feet wide including side streets, 9 de Julio Avenue in Buenos Aires, Argentina is the widest street in the world. 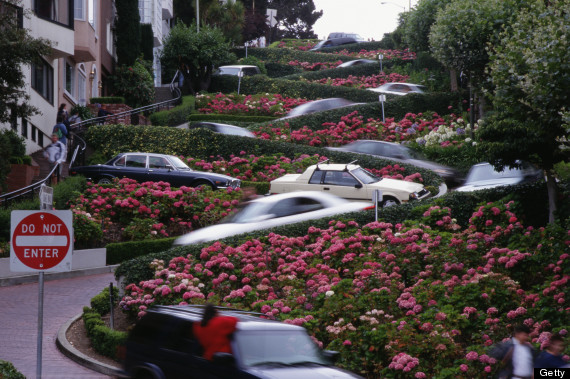 Had to include the most obvious: Lombard Street in San Francisco. It has 8 switchbacks because the road would have been too steep for most vehicles to traverse otherwise. 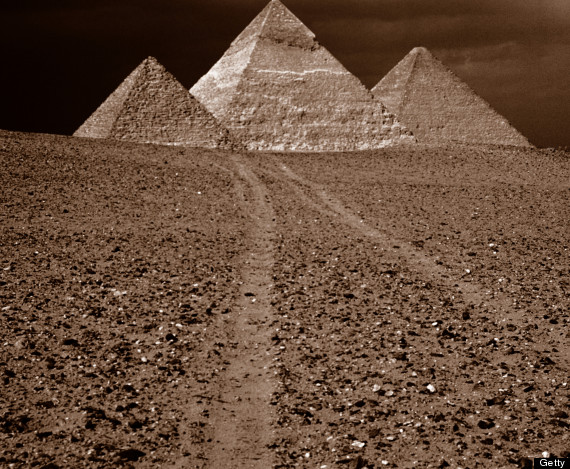 The Road to Giza is the world’s oldest known paved road. At over 4,600 years old, it was used to transport the enormous blocks of basalt for building from the quarries to a lake adjoining the Nile. 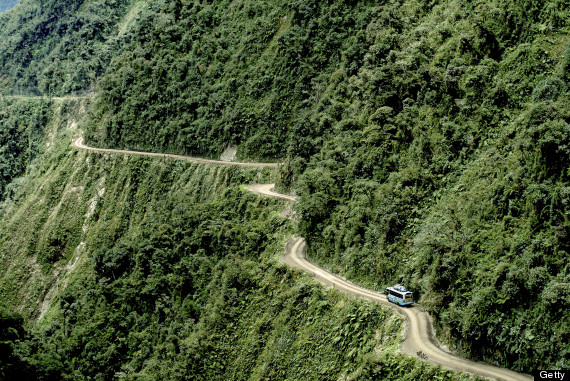 Yungas Road (split into North and South sections), which runs from from La Paz to Coroico in western Bolivia, is nicknamed the Road of Death because of its nearly 2,000-foot drops (without guardrails!) and the countless accidents that have happened on it. The road ranges in elevation from 4000 feet to more than 15,000 feet and is as narrow as 10 feet in some sections. 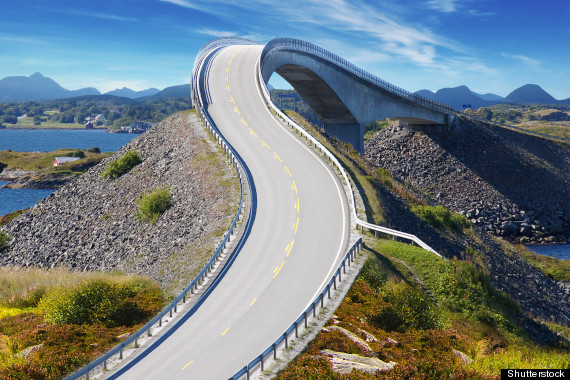 The Atlanterhavsveien, also known as the Atlantic Road, is a roughly 5-mile stretch of road on Norway's west coast that consists of 8 bridges that cross over an archipelago of 8 different islands, which creates an incredibly scenic drive.