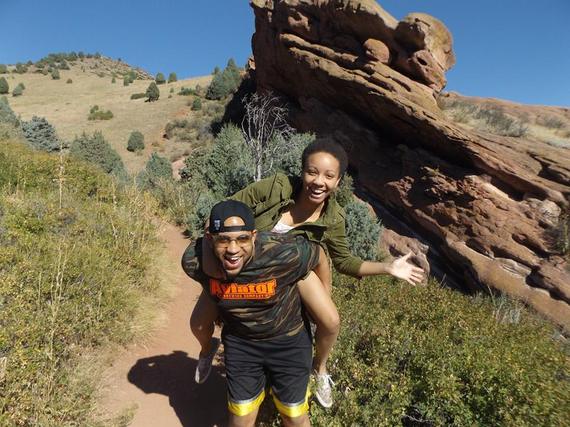 There is a reason that movies like The Perks of Being A Wallflower, Juno, Fault in Our Stars, Nick and Nora's Infinite Playlist and Scott Pilgram vs. The World have such cult followings. These coming-to-age films feature a mix of painfully awkward yet witty young adults who are finding themselves and navigating through life, all to an out-of-this-world, amazing 80s soundtrack. The writers do a great job at capturing all of the landmark stages of being a teenager in America and then amplify it just enough for it to be relatable fantasy. Each story has an element of whimsicality. It could be a random travel experience, an exclusive party or concert, a late night escape to a baseball field or even a discovery that the two main characters like the same vintage band that none of their friends have ever heard of.

There is another element to these movies that not a lot of people are talking about: they all take place in a White world.

I consider a White world to be any movie in which 99.9% of the people are white. Typically, the whole cast is white, the server at the restaurant is white, the mailman is white, etc. Every now and a again, movies and TV shows like these will cast the infamous "Asian/Indian Sidekick" or "The Sassy Black Office Assistant" that acts as comedic relief to the scene. I remember binge watching my favorite series, How I Met Your Mother and realizing that the only Black person ever casted on any season of the series was a gay version of Wayne Brady (I guess they wanted to knock out two demographics in one episode). My personal favorite is when lighter skinned actors of mixed ethnicity are casted as a best friend to the main white actor. It is as if the casting directors want a "catch all" actor so that no one can complain because people aren't sure which ethnicity they represent.

Now, let us look at what I like to call "minority world" movies. Minority world movies always have a few of the following stereotypes: the single mother who is too tough to love for any man until she meets "the one"; the overweight grandmother with lots of wisdom or comedic relief; the cheater and the best friend who thinks all men are dogs. Most of the actors casted for these movies are in their mid 30s, 40s and beyond, therefore knocking out any chance for a quirky, "coming-to-age" love story. Activities in these movies include going to a dance club (rarely ever a cool bar), maybe a family reunion and usually some time spent in either a hospital or a court house; all of which are the perfect settings to talk about "the minority struggle". I find it so interesting that Hollywood is capitalizing so much from the "hood" and the so-called "struggle of people of color" yet not giving much of anything back.

We have narratives that are actually interesting and we can be the star of the show. As as Black woman, I can only speak for myself and I would love to see a quirky, Black love story. I want to see two high school-aged Black teenagers bonding over their favorite punk rock band, spending the night in an abandoned soccer field and planning a trip to Iceland. I want Black children to know that they too can have a love for wanderlust and trying out new experiences. I want them to know that they can also find a partner that society is not expecting to cheat on them. I would love to finally see Nicholas Sparks include anyone other than a heterosexual White couple in any of his future movies (dude, North Carolina is so much more diverse than your movies make it out to be. Trust me, I live here).

If I could serve a PSA to the casting directors of Hollywood, I would tell them that the narratives of Black Americans, Latin Americans, Asian Americans and Arab Americans goes far beyond "the struggle", slavery, immigration, infidelity, classroom intelligence, and any other stereotype that movies are helping to enforce. It is time for us to be the stars of the coming-to-age movies and not just the sidekicks or comedic relief. Give the next generation of movie-watcher a chance to experience us the way that we see ourselves; as quirky, cool and sometimes awkward individuals that have a passion for random things.

Oh, and please don't forget to make sure the movies have awesome soundtracks. I'm very partial to The Shins or Thundercat.