Last weekend the New York Times Magazine published a story about Ina Drew, 54, one of the top officers at JPMorgan Chase. She managed a $350 billion portfolio and took the fall earlier this year after a member of her team made a $6 billion trading mistake. (Yes, that's "b" for billion.) What caught our attention, though, was not so much Drew's plight, but a detail about a minor player in the drama.

The Times describes how Drew's traders sought frantically to unwind the bank's massive position in the debt market. "A team flew to London, working around the clock and making so many demands that one of the men running the databases, who had a heart attack in the past, quit, afraid the stress would literally kill him," author Susan Dominus wrote.

Sometimes you really do have to choose between your money or your life. Still, it's a very brave move in a tough economy -- especially if the manager had the ties that bind many post 50s to stressful work -- a mortgage; children; aging parents; a sick family member or unemployed spouse.

But sometimes, there's a moment where you just know: Game over. We wondered if our readers had a similar experience, so we asked: "Have you ever quit a stressful job? What was the moment you knew you had to give your two weeks?"

The result was an outpouring of poignant and funny anecdotes (fortunately, none were life-threatening). Bob Werner, who responded on Facebook, said his moment was "when my supervisor/owner changed specific protocol for the fifth time that week... and blamed me for changing his mind." Anna Gregerson responded: "The day that I utterly without any guilt whatsoever went to the beach instead of the mandatory annual retreat. I was the boss. Yeah I was done with that place."

Check out the slideshow below for more responses and tell us the moment you knew it was time to quit a stressful job. You can respond in the comments or email your story to SayItOnHuffPost50@huffingtonpost.com.

PHOTO GALLERY
Reader Response: When I Knew I Had To Quit My Stressful Job

When To Quit: What Was The Moment You Knew You Had To Leave A Stressful Job?
Reader Response: When I Knew I Had To Quit My Stressful Job 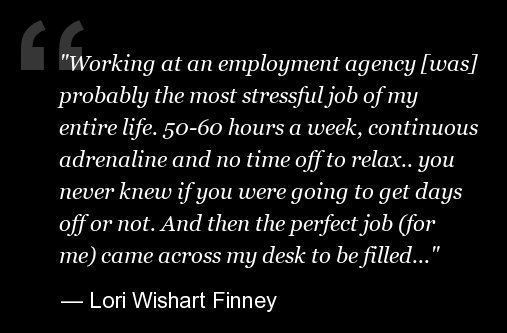