Arthur Schneier of the Park East Synagogue was honored Monday for his work on behalf of religious freedom and international peace.

The Wall Street Journal (http://on.wsj.com/1IimP8P) says Schneier was knighted and made a member of the Papal Order of St. Sylvester at a Manhattan ceremony. Previous luminaries who have held the title include comedian Bob Hope and industrialist Oskar Schindler.

During his career, the 84-year-old Holocaust survivor campaigned for greater religious freedom and tolerance. He also built ties between Jews and Roman Catholics after World War II.

Schneier has been affiliated with Park East Synagogue since 1962. 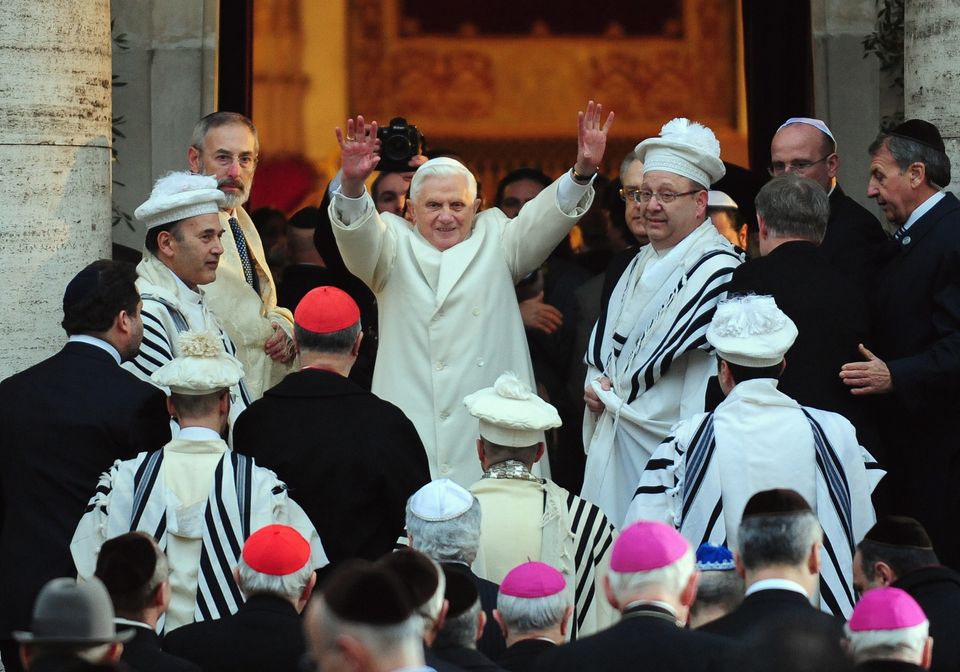 1 / 23
Pope Benedict XVI (C) flanked by chief Rabbi Riccardo Di Segni (L) salutes as he arrives at Rome's central synagogue on January 17, 2010. Pope Benedict XVI paid homage to more than 1,000 Roman Jews deported to Nazi death camps as he started a landmark visit to Rome's main synagogue. The 82-year-old pope began the much-anticipated visit under a cloud after angering many Jews by moving his wartime predecessor Pius XII, accused of inaction during the Holocaust, further on the road to sainthood. (ALBERTO PIZZOLI/AFP/Getty Images)
Getty Images