The nation's largest rabbit slaughterhouse claims it has changed its practices in response to an animal rights group’s recent undercover investigation, but the group’s findings nevertheless cast doubt on the idea that consuming rabbit is a more “ethical” choice than eating other types of meat.

Earlier this month, the nonprofit organization Last Chance For Animals released the findings of its four-week undercover investigation into Pel-Freez Foods, a rabbit processor in Rogers, Arkansas. To conduct the investigation, an LCA employee, whom the group identifies under the pseudonym “Sheila” for privacy reasons, took a job with Pel-Freez collecting blood from rabbits after they were killed -- to be sold later for medical research. While on the job, Sheila secretly filmed the slaughtering process.

Nina Hauptman, LCA's director of campaigns, told The Huffington Post that what Sheila caught on tape amounts to “horrific cruelty.” In the footage, workers can be seen attempting to stun the rabbits unconscious prior to slaughter by striking the animals' faces with the back of a knife.

The method does not appear successful for many of the rabbits, which continue to struggle and squirm as workers snap their back legs -- breaking their bones in order to more easily hang the rabbits upside down -- then slice open their throats. The video, which is highly graphic, can be seen on RabbitCruelty.com, a website that LCA put together to highlight the investigation's findings.

Most disturbing, Hauptman says, is the sound that accompanied a number of the killings. Some of the rabbits, Sheila reported, let out ear-piercing screams throughout the slaughter process. If the rabbits were not properly knocked unconscious, the screams continued until their vocal chords were severed with a knife.

“The only time they can make a sound is when they are in amazing pain or fear,” DeMello told HuffPost.

Sheila documented 323 screaming rabbits during her four weeks at Pel-Freez, which says it processes between 3,000 and 6,000 rabbits a week. However, because a scream is such an extreme response for a rabbit, DeMello suggested that many more rabbits -- like those that were seen flailing around but were not making noise -- were likely “still fully conscious” and experiencing “unbelievable fear.”

WARNING: The following images are extremely graphic and may be disturbing for some readers. (STORY CONTINUES BELOW)

LCA filed a criminal complaint against Pel-Freez, citing cruelty to animals, but Benton County Detective Benjamin Scott found that none of the employees were acting in a "knowingly" cruel manner, and prosecutor Nathan Smith opted not to press charges, according to documents obtained by HuffPost.

Reached for comment, Pel-Freez spokeswoman Regina Stowe directed HuffPost to a report in Arkansas Online, which quoted Stowe as saying that the facility's practices were in line with industry standards and that veterinarians on site "didn't find any regulatory noncompliance."

The Department of Agriculture's Food Safety and Inspection Service, however, investigated Pel-Freez as a result of LCA's findings and “found that some claims of abuse were substantiated and compelled the company to change its practices," according to a statement FSIS provided to HuffPost.

A spokesperson for FSIS was unable to immediately provide details on what changes the agency compelled Pel-Freez to make. However, Stowe told HuffPost in an email that since the FSIS probe, Pel-Freez has switched to using stun guns -- not knives -- to stun rabbits.

Ariane Daguin, CEO and co-founder of D’Artagnan, a company that sells meat from rabbits slaughtered at Pel-Freez, said her company has "confirmed changes in [Pel-Freez's] procedures to include only proper and humane slaughter methods."

Daguin added that "it is against our policy to work with partners who do not adhere to humane methods of farming, butchering and processing."

Even if Pel-Freez has changed its practices, Hauptman says, the company is “still accountable” for the pain that Sheila documented. Moreover, Hauptman argues that the practices documented at Pel-Freez are indicative of larger problems with commercial rabbit meat in the United States.

The federal Humane Methods of Slaughter Act dictates that animals -- with some exceptions made for religious slaughter -- must be “rendered insensible to pain” by a “rapid and effective” means before being shackled, hoisted in the air or cut.

But rabbits are not covered under the act, the FSIS spokesperson explained, which means the USDA does not have the same authority regarding their welfare as it does with cattle, pigs, sheep and horses. As a result, the agency cannot force a slaughterhouse to make sure rabbits are properly stunned. (Poultry is also not covered under the law, and animal welfare advocates have sharply criticized the conditions of poultry slaughterhouses in the past.)

"To provide FSIS stronger authority in rabbit facilities," FSIS said in its statement on the LCA investigation, "Congress would need to pass changes to the Humane Methods of Slaughter Act."

As long as rabbits aren’t covered under the law, Hauptman says, there’s no guarantee that even the most basic pain-prevention measures will be taken in U.S. slaughterhouses.

"There is some serious legal reform needed," she said.

The FSIS spokesperson noted that USDA does expect both rabbit and poultry processors to adhere to “good commercial practices,” meaning that the animals should generally be treated humanely.

However, USDA inspections of rabbit processors are totally voluntary: A processor does not need to submit to these inspections to remain in business. What's more, this means the processors must pay USDA for the voluntary inspection, which Hauptman calls a “clear conflict of interest."

Over the past several years, a number of commentators have sung the praises of rabbit meat, touting it as a sustainable food choice both because raising rabbits is energy-efficient and because rabbit farms are typically smaller-scale operations than industrial farms.

According to Hauptman, some people assume that because rabbit meat often comes from relatively small, local farms, the animals must be treated well.

"Just because they're small does not mean they're humane," she said. Moreover, since labels like “humanely raised” have no real legal meaning in the U.S., it’s nearly impossible to judge the origins of your rabbit meat if you don't know the farmer personally.

LCA found that a large number of rabbits, which Pel-Freez purchases from independent farmers, were suffering even before they arrived at the facility. On Day Five of the four-week investigation, Sheila says, she had already witnessed dozens of rabbits that had come in suffering from “swollen … exposed and inflamed genitalia."

“Others had patches of fur missing and scabbed-over wounds on their backs and sides," she wrote. "Still others had abscesses and eye infections, with their eyes watering or swollen shut and covered in scabs.”

Some rabbit farmers do indeed treat their rabbits well, Hauptman acknowledged, but she warns that a farm's size alone is no guarantee of this. Many small farms, she said, are similar to industrial factory farms but simply “on a smaller scale." Rabbits are frequently kept in small wire cages without enough room to move around freely.

"They're kept in these wire cages, [where] they can't hop, they can't run. Some of them are very much like battery cages," she said, referring to the small enclosures that often house chickens on industrial farms.

Some rabbit farmers themselves freely admit to this. In an October article in Vogue titled “Is Rabbit the New Ethical Meat?,” rabbit farmer John Fazio told author Tamar Adler, “There’s no such thing as a free-range rabbit.” Adler went on to make the case that it's humane to raise rabbits in cramped conditions:

Even in the wild, rabbits find dark, contained places to huddle—e.g., tunnels. They obviously hop about on their furry legs, but not to graze or sun, only to get from one small shaded place to another. Put directly: Chickens suffer from being in little cages, as would cows and pigs. Put a rabbit on a field and he will naturally find himself a dark, cramped place.

That assertion is “crazy,” the House Rabbit Society's DeMello said.

“There is no question from an animal welfare perspective that they are happiest when they aren’t in a cage where they can do their natural behaviors,” DeMello said.

According to the Washington State University College of Veterinary Medicine, in the wild, rabbits usually roam a range of about two acres. The institute notes that cramped quarters can cause a slew of health issues in rabbits, including obesity, stomach and urinary tract problems and heart weakness.

Not Just About Cuteness

Some observers characterize anti-rabbit meat activists as sentimental softies, suffering from cognitive dissonance that makes them feel it’s OK to kill and eat a cow but not a cute bunny.

But DeMello, who would like to see all rabbit meat off the table, says there’s more to the argument.

She stressed that she does not by any means believe that other types of meat are “humane." On the contrary, DeMello referred to “pain and fear” as being “part and parcel of all meat production.”

But she says rabbit meat is especially troubling because it’s relatively unregulated -- like Hauptman, she would like to see rabbits covered under the Humane Methods of Slaughter Act -- and because she feels that consumers are being duped into thinking they are purchasing an ethically “responsible” product.

Rabbit producers, DeMello said, “are creating a demand and people are buying it.”

CORRECTION: After publication, Hauptman told HuffPost she had misstated the number of screaming rabbits as 333. There were only 323. 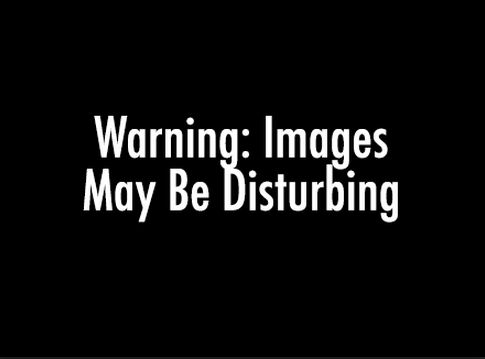