The Easter Bunny may be a welcome visitor for children, but some of his brethren are facing great challenges. Several notable rabbit species are becoming increasingly threatened as a result of climate change.

According to Climate Nexus, rabbits from habitats as diverse as volcanoes in Mexico and the Florida Keys are facing threats such as rising sea levels, increasing temperatures or decreased snowfall.

For example, the snowshoe hare and pygmy rabbit both rely on snow for protection during the winter, but are seeing decreased snowfall in their habitats in recent years.

The pika, a smaller rabbit relative, could be the first North American species to become extinct as a result of global warming. Sensitive pikas live in cool, alpine areas, and will be unable to escape rising temperatures, according to World Wildlife Fund. They will also have difficulty migrating through warmer areas at lower elevations.

Other rabbit species that are not threatened in the wild still face other challenges during the Easter season. According to some reports, almost 80 percent of rabbits at shelters are abandoned Easter presents. If you're considering adopting a pet bunny, be sure to read these facts about keeping rabbits as pets.

In Australia, another animal, known as the bilby, is gravely threatened. The rare, rabbit-sized marsupial, which boasts only around 600 individuals in the wild, is receiving attention from a campaign to make it Australia's Easter animal. 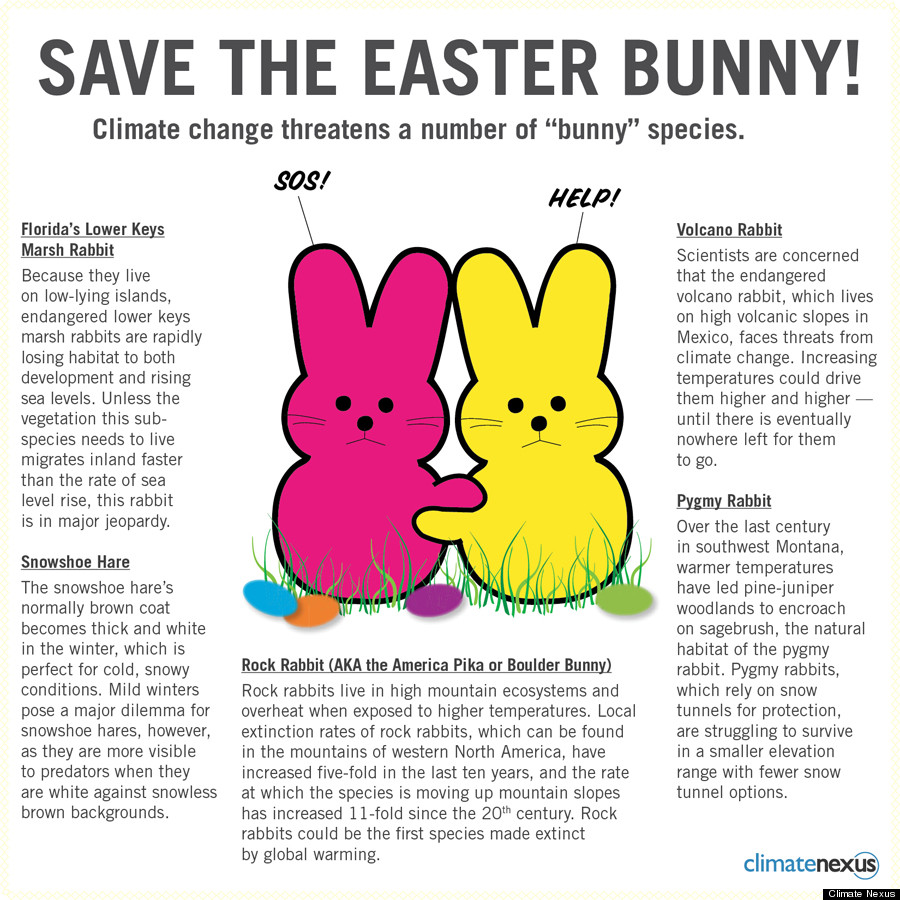